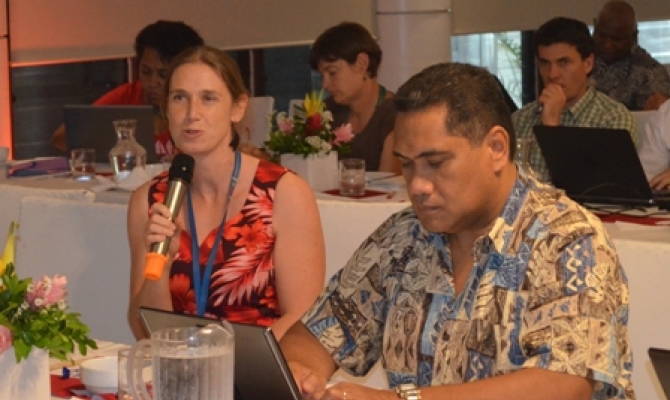 How to access more of the billions of dollars committed for climate change financing worldwide was one of discussions held at the Fifth Pacific Environment Forum in Apia today.

Coordinated by the Secretariat of the Pacific Regional Environment Programme (SPREP), the theme of this years' one day forum taking place before the SPREP General Meeting, is Climate Finance. 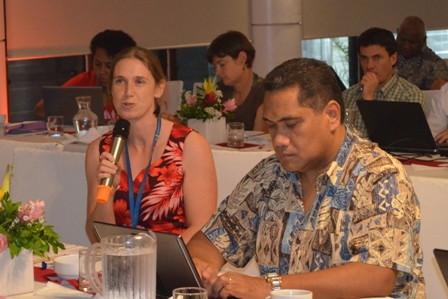 The Green Climate Fund, the long term financing mechanism for climate change has set itself a goal of raising USD 100 billion per year by 2020. The Adaptation Fund, another funding mechanism under the United Nations Framework Convention on Climate Change (UNFCCC) achieved its goal of fundraising up to up USD 100 million by the end of 2013, with another target of USD 80 million per year for 2014 and 2015.

These are two of the Climate Financing mechanisms that are now in operation, established under the UNFCCC starting as far back as 2002 with the Special Climate Change Fund. Working to help SPREP members in obtaining more climate finance across the region, SPREP is accredited to both the Green Climate Fund and the Adaptation Fund as a Regional Implementing Entity – this allows SPREP to apply for projects of up to USD 50 million under the GCF and up to USD 10 million under the AF.

"SPREP has sought to improve the regions' access to climate change financing for adaptation and mitigation, and also to support activities that underpin those efforts such as science, capacity building and technology transfer," said Mr. David Sheppard, Director-General of SPREP.

"SPREP is committed to undertake this role as a means to support country-driven priorities and to assist countries access and manage the Adaptation Fund and Green Climate Fund resources for practical on the ground climate change actions." 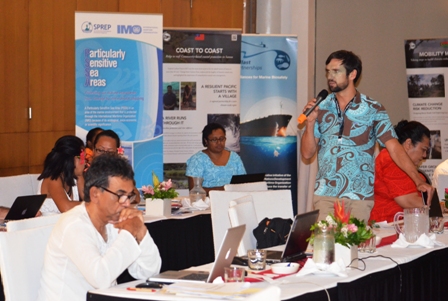 Support is also being provided to help countries achieve National Implementing Entity (NIE) status and has produced a lessons learn guide on accreditation as well as a guide for Adaptation Fund project preparation.

The new Climate Finance Advisor is soon to be announced for SPREP, one of the key performance indicators for this position is how much and how quickly climate finance can be delivered to support climate resilient development and mitigation, for SPREP members.

SPREP is now working to establish a project pipeline of potential future national, multi-country or regional Green Climate Fund projects for further development and commencement over the next 2 – 5 years for submission to subsequent GCF Board Meetings.

"We are seeking your views on how SPREP can best help implement our role as an Implementing Agency under the Green Climate Fund and Adaptation Fund. We are really looking forward to your guidance on this critically important issue," said Mr. Sheppard.

The Pacific Environment Forum is held at the Tanoa Tusitala Hotel it first took place in 2011 and happens every year before the Annual SPREP Meeting.