Contributing to journalists training at SPREP 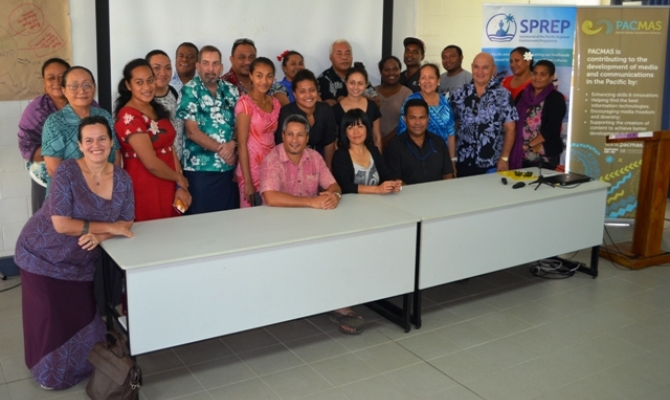 27 and 28 August 2014, Apia, Samoa - Tokelau staff contributed to the journalists training that is currently taking place at the Secretariat of the Pacific Regional Environment Programme (SPREP). The aim is to introduce journalists through PacMAS, the Pacific Media Assistance Scheme, to a wide range of environmental topics. Many of these will be discussed at the third meeting of the Small Island Developing States (SIDS) starting in Apia soon. 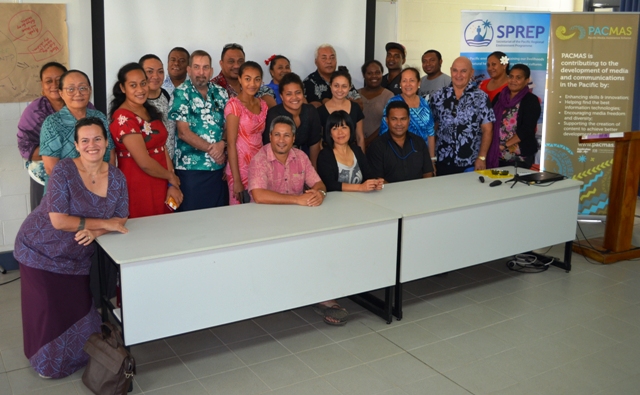 On Wednesday, Mr Jovilisi Suveinakama was part of a panel on Oceans, Seas and Biodiversity. He spoke on behalf of the Forum Fisheries Commission, which is currently chaired by Tokelau. He stated that biodiversity in the sea was the basis of a healthy fisheries.

There has to be a balance between economic and sustainable development, Mr Suveinakama stated, so that people could continue to derive income from the fisheries without depleting it.

Fisheries is a strategic issue for the Pacific. To find that balance it was necessary to look beyond the Exclusive Economic Zones of individual countries, he said, and also to look beyond fish. Regional solidarity on these issues was of key importance.

He quoted the Pacific Fisheries Ministers' meeting that was recently held in Tokelau: "The region is called to work together for transformative change and collective action towards greater sustainable returns from fisheries."

This audience was also delighted to hear the video featuring the new song "My Tokelau" (which is now available from the website tokelau.org.nz).

In Thursday's Sustainable Energy session, Mr Robin Pene talked about Tokelau's renewable energy project to the journalists, as he had done to a select audience the week before. He called on other countries in the world to follow Tokelau's example of being nearly self-sufficient through solar power.