The last official sighting of Samoa’s national bird, manumea, or the tooth-billed pigeon, Didunculus strigirostris, was in March 1994, according to the Samoa Biodiversity Database.
This piece of information, critical in efforts to save the manumea, listed as Critically Endangered by the International Union for the Conservation of Nature, can be found on the new Pacific Biodiversity Information Facility (PBIF).

The facility was officially launched by the Secretariat of the Pacific Regional Environment Programme (SPREP) during a special virtual event hosted by the SPREP Invasive Species Battler Lounge.

PBIF is an online tool that will serve as the one-stop-shop for all biodiversity data from around the Pacific, and can now be accessed anywhere and by anyone who requires Pacific biodiversity data.

“ PBIF provides access to all Pacific data hosted on the GBIF and makes it available in a Pacific friendly interface. It also incorporates a functionality which will make it easier for use for first-time and occasional users,” SPREP Director General, Mr Kosi Latu, said at the launch.

“The interface will also be available in ten Pacific languages, and I challenge our team to look at expanding this further in due time.”

Accessing and sharing biodiversity data is important for research, education, and informing decision-making. The Global Biodiversity Information Facility (GBIF) is a well-established and well-supported global facility, which shares biodiversity data from all over the world and provides anyone, anywhere with free and open access.

According to Dr Joe Miller of the GBIF Secretariat, they have noticed over the years that various countries and regions were trying to develop their own portals to provide biodiversity data, which is not only expensive, but it is difficult to maintain the infrastructure.

“So we worked last year on developing 20 pilot-hosted portals with different organisations, countries, and regions. What these portals do, is take a slice of GBIF data, often a geographic slice, and then serves that through a simple webpage which runs on the GBIF infrastructure,” Dr Miller said.

“As a result, this provides a portal that is not only powerful and simple, but also significantly reduces the cost for people to use,” he added.

One of these 20 pilot-hosted portals is the Pacific Biodiversity Information Facility.
Mr. Latu expressed his gratitude to the GBIF Secretariat and the Invasives Species team at SPREP for their work in developing PBIF.

“SPREP and GBIF entered into a MOU in 2017, and that provided the platform for this partnership which, I’m glad to say, has helped to create this new online web application that will now enable us to present biodiversity data,” Mr Latu said.

Mr Latu encouraged the participants to make use of this resource and to consider sharing any unpublished data on the portal. 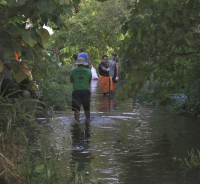 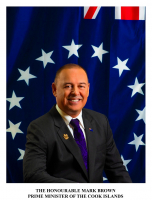 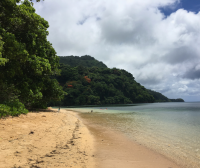