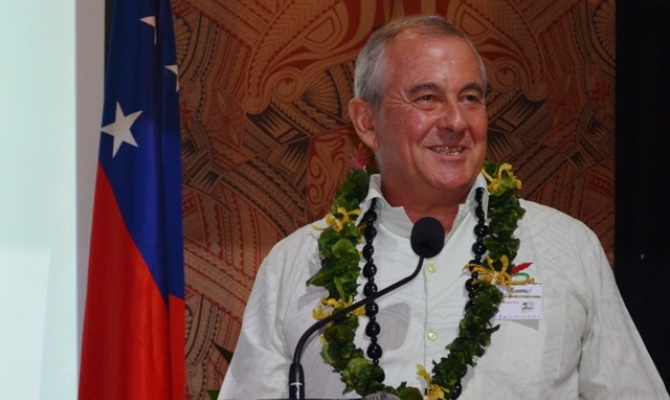 Ambassadors and Members of the Diplomatic Corps

Representatives of CROP Agencies and Development partners and friends 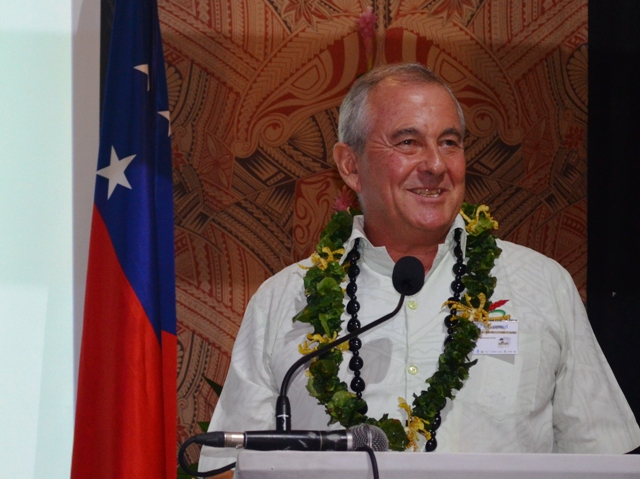 It gives me great pleasure to welcome you all to the Fifth Pacific Climate Change Roundtable.

A lot has happened since the last Roundtable two years ago in Nadi.

In particular, an Integrated Strategy for Resilient Development has been developed, which we hope will be endorsed at the Forum Leaders Meeting in PNG this September.

The Sendai World Disaster Conference earlier this year acknowledged this Strategy as a world first for integrating climate change and disaster risk reduction.

Integrated responses are essential if we are to effectively address the challenges of climate change and natural disasters.

And who knows these challenges better than the countries and territories of our region..

Cyclone Pam and Typhoon Maysak- which respectively battered Vanuatu, the Federated States of Micronesia – as well as other countries - remind us again of the power of nature and the vulnerability of Pacific nations to natural disasters and climate change.

The Intergovernmental Panel on Climate Change – IPCC - has warned of more intense Tropical Cyclones, like Cyclone Pam, and predictions by 2100 of up to one metre of sea level rise and temperatures increases of up to 4 degrees, if there is no change to carbon emissions - in other words a "business as usual" approach.

Business as usual is catastrophic news for our Pacific region - the most vulnerable on earth to the impacts of climate change.

The IPCC has also warned of unpredictable consequences as well as "tipping-points". The experience of our Pacific island communities in the face of climate change has borne this out.

In our region our leaders have continually reminded us of the urgency of climate change and that it is in fact an issue of national security.

We meet at an important time for climate change work in the region, but also a time where important international negotiations are progressing towards a new legal agreement with global reach.

A number of Pacific leaders and Ministers met a week ago in New Caledonia and issued the Lifou Declaration.

This called on COP 21 in Paris later to herald an international revolution in the way the world deals with climate change.

Adequate and sustainable climate finance is essential. We note that many donors and partners are increasing their support to the region on climate change – this is acknowledged with appreciation.

It is vitally important that donor efforts be coordinated and that they clearly and sharply address the priorities of Pacific Countries.

I am pleased to note that SPREP has recently been accredited to the Green Climate Fund, as one of even agencies now accredited world-wide.

Our aim is to use this as an opportunity working with development partners to accelerate the flow of climate finance to Pacific countries and also to support seeking to become National Implementing Entities under this Fund.

I am pleased to note COP 21 and climate finance are major items on the agenda over the next three days.

More importantly the next few days allows us to chart a course for the future and to build new partnerships to better address climate change and natural disasters in our region.

SPREP's aim is to be a good and trusted partner with others so we can better serve the countries, territories and peoples of the Pacific.

This emphasis on partnership is reflected in this Pacific Climate Change Roundtable.

We see the PCCR as the premier forum for discussion on climate change issues in the Pacific involving all partners and stakeholders as partners.

This is the fifth Roundtable. Also my fourth and last as SPREP Director-General, I am very sorry about this. The first was in Samoa in 2007, the second in the Republic of the Marshall Islands in 2009, the third in Niue in 2011, and the fourth in Fiji in 2013.

I would remind participants that the PCCR is a dialogue of all interested stakeholders and not a formal meeting.

This year's PCCR has been a real team effort between CROP agencies, countries and key stakeholders. The Roundtable has been guided by a broad based Steering Committee – which has developed the programme we have in front of us today and the process we will follow. We have tried to learn lessons from previous Roundtables and ensure involvement from all key stakeholders.

We see this as essential for developing ownership and ensuring long term and lasting outcomes from this roundtable.

I look around and note we have gathered here the "cream of the cream" in relation to climate change expertise in the pacific region. I would urge you all to get actively involved during the week and share your valuable knowledge and experience.

I would like to thank all development partners who have supported this Roundtable – in particular our major supporter, the Government of Switzerland – and thank the many of you who have been involved in the planning of this major event for our region, particularly sister CROP agencies and Pacific countries.

Finally I would like to thank, most sincerely, our most generous host country, Samoa for so generously hosting SPREP and this meeting in your beautiful country.

I wish you all the best for a very successful roundtable.I look forward to a productive meeting.