Enhancing a sustainable Pacific environment with the People's Republic of China 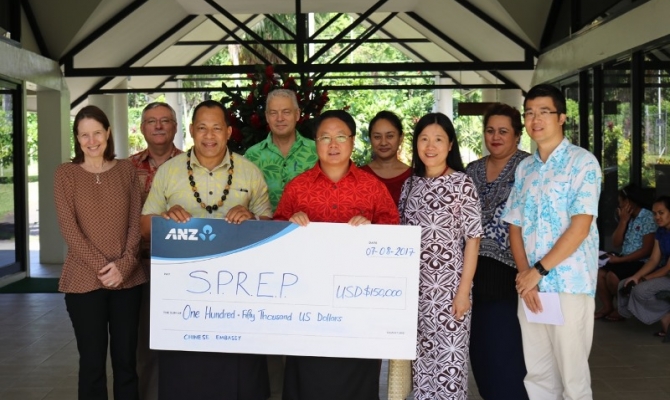 General News
"As a major responsible developing country, China will continue to work steadfastly to implement the Paris climate deal and join hands with all parties to tackle climate change" - HE Wang Xuefeng, Ambassador of the People's Republic of China to Samoa.

Continued support from the People's Republic of China for the work of the Secretariat of the Pacific Regional Environment Programme (SPREP) was further emphasised this week with the presentation of USD 150,000 to SPREP.

The Government of the People's Republic of China has demonstrated solid support for the regional organisation for well over a decade with the very first presentation of funds made in 1998.

SPREP is the leading environment organisation for the Pacific island region encompassing four key work areas these being; biodiversity and ecosystem management; climate change; environmental monitoring and governance; as well as waste management and pollution control.

The organisation spans 26 member countries, 21 of which are Pacific island countries and territories. 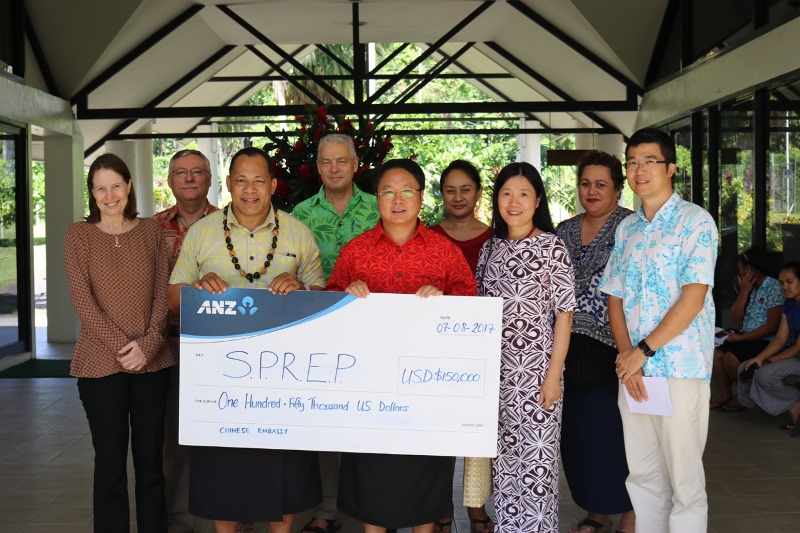 "As one of the major organisations in this region, SPREP has been playing an increasingly important role in better addressing climate change and other environmental issues together with the Pacific island countries. What you are doing is widely recognised and significant both regionally and globally," stated H.E. Wang Xuefeng Ambassador of the People's Republic of China to Samoa.

"The Chinese government attaches great importance to climate change issues. Resolutely implementing the concept of innovation, coordination, green, open and shared development, China has taken effective actions to actively cope with climate change and achieved remarkable results. This is both an international responsibility undertaken by China as a developing country and an inherent requirement for China's sustainable development. As a major responsible developing country, China will continue to work steadfastly to implement the Paris climate deal and join hands with all parties to tackle climate change."

The special handover ceremony at the SPREP Campus also saw a presentation outlining the work of SPREP in the region to achieve a sustainable environment with Member countries.
"We very much appreciate this support from the Government of the People's Republic of China which will help enhance and accelerate our climate action with our Pacific islands, and the core work of our organisation," said Mr Kosi Latu, Director General of SPREP.

"We value the role of China in its leadership on renewable energy technologies and maintaining the impetus on the Paris Agreement. We look forward to the growth in our treasured relationship with the People's Republic of China."

The handover took place on Monday 7 August, 2017 at the SPREP Campus.