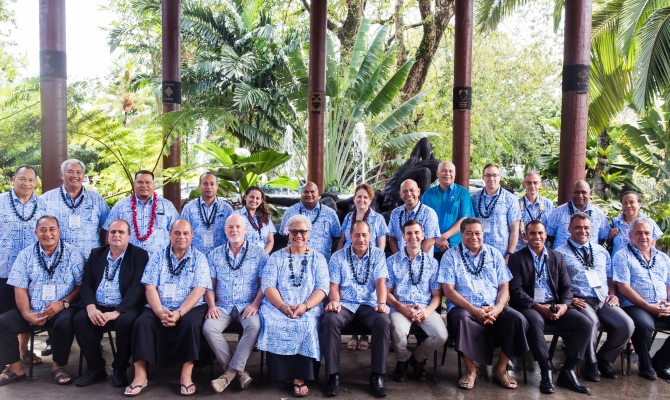 6 September 2019, Apia, Samoa – Environment Ministers from around the Pacific region met today in Apia, Samoa at the conclusion of the Secretariat of the Pacific Regional Environment (SPREP)’s 29th Meeting of Officials, to identify key priorities in relation to some of the most pressing environmental issues faced by the region.

The Pacific Environment Ministers’ High-Level Talanoa brought together Ministers and High-Level representatives from SPREP’s 21 Pacific island Members and five metropolitan Members to participate in a dialogue with their peers on how to ensure a Resilient Blue Pacific.

The Deputy Prime Minister of Samoa, who is also the Minister for Natural Resources and Environment, Hon. Fiame Naomi Mata’afa, officially opened the meeting, recognising it as an opportunity for them, as Environment Ministers to exchange experiences and focus on much-needed action not only at the national and regional levels, but at the global level as well.

A joint statement was released at the conclusion of the High-Level Talanoa, which sets out the outcomes on key priority areas of Climate Change, Ocean Governance and Management, and Marine Pollution and Seabed Mining.
Climate change remains the single greatest threat to the livelihoods, security and wellbeing of the peoples of the Pacific, as reaffirmed in Tuvalu by Pacific Island Forum leaders. The Ministers and High-Level representatives recalled the Boe Declaration on Regional Security, as well as the urgency of global action on climate change, noting that the impacts of natural disasters, exacerbated by climate change, are threatening the social, economic, cultural and environmental well-being of the Pacific, and increasing the burden of risk on the Pacific’s security.

The Ministers and High-Level representatives also commended the work of SPREP in supporting the Pacific in climate change matters and noted theneed for knowledge to be built and shared across the region on how to assess and mitigate threats associated with climate change.

The urgency of the Inter-governmental Panel on Climate Change (IPCC) Special Report of 1.5°C was also highlighted, with the ministers calling for immediate action, and not just discussion of ambition, to implement Nationally Determined Contributions under the Paris Agreement in order to achieve the Paris Agreement temperature goal.

The Minsters reaffirmed that the Pacific region’s most important resource is the ocean and its marine resources and ecosystems, emphasising the importance of integrated ocean management and conservation was also emphasised, and leaders urged the Pacific to fully engage in the UN Decade of Ocean Science for Sustainable Development (2021-2030).

The impact of marine pollution on food security, human health, biodiversity, livelihoods and culture was also noted by the Ministers and High-Level representatives, who reaffirmed their support for SPREP’s mandate to work with Members to eliminate unnecessary single-use plastics and reduce overall marine pollution.

They called for urgent action in the Pacific to support the Pacific Regional Action Plan on Marine Litter 2018-2025 and urged Members to accelerate policies and actions that embrace sustainable materials management, life cycle and circular economy, promote alternatives and drive sustainable practices, in order to reduce plastic pollution
Many Pacific islands have taken the initiative to address this issue by banning single-use plastics, and their efforts were acknowledged by the Ministers and High-Level representatives.

A total of eight Pacific island countries and territories have implemented bans on a variety of single-use plastic items, with a further eight announcing their intent to do so. This is a testament of the Pacific region’s leadership in the fight against marine and plastic pollution.

The collaborative efforts of the Government of Samoa,SPREP and partners, which brought about the first “Green” Pacific Games was congratulated by the Meeting, and Ministers acknowledged the commitment of Solomon Islands as the next host of the Pacific Games in 2023 to continue this valuable initiative, with the hopes of changing Pacific people’s behaviours and mindsets against the use of single-use plastics.

Both the potential economic benefits and negative impacts of seabed mining to the ocean and its ecosystems were recognised, as was the importance of collaboration between the Council of Regional Organisations in the Pacific (CROP) Agencies in respect of the need to develop expertise within the region to provide scientific expert advice with respect to seabed mining, deep-sea ecology and oceanography.

The Ministers and High-Level representatives expressed their gratitude and appreciation to the Government and people of Samoa for the warm and generous hospitality extended to them and their national delegations throughout the week.

They also extended their appreciation to the Director General and staff of SPREP, and congratulated them on the successful organising of the 29th SPREP Meeting of Officials and associated meetings.

The five metropolitan members of SPREP are: Australia, France, New Zealand, United Kingdom and the United States of America

The Vemööre Declaration for the…
Dec 1,2020 - by leannem
Read more

Youth Recognised at Conference as the “…
Nov 26,2020 - by angelicas
Read more 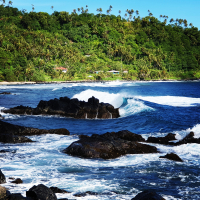 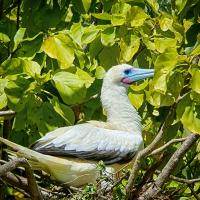 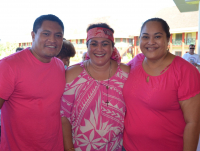