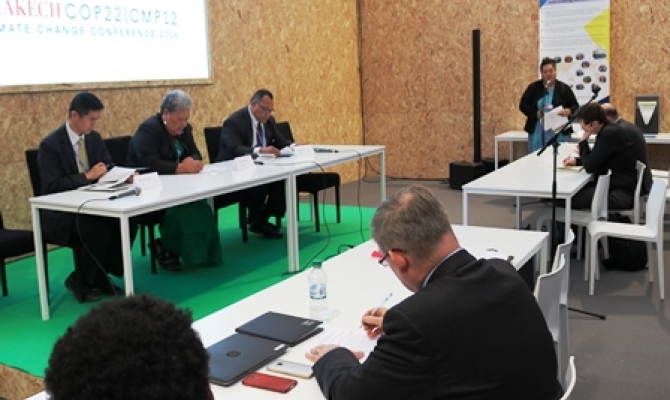 15 November 2016, UNFCCC COP22, Marrakech, Morocco - The Pacific Climate Change Centre (PCCC) was the focus of a special event at the UN Climate talks in Marrakech this week. The PCCC is to be the shared regional climate hub for inclusive collaboration and coordination to address and meet adaptation and mitigation priorities of Pacific island countries and territories.

Some highlights of the special event also saw panellists from the Governments of Australia, Fiji and Vanuatu as well as the Pacific Islands Forum Secretariat (PIFS) outline their climate change work in the Pacific, and how the PCCC can help add value. 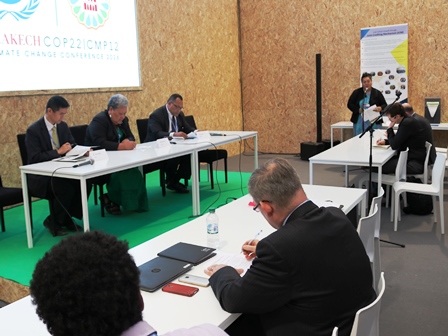 The side event was facilitated by Dr Netatua Pelesikoti the Director of Climate Change at SPREP. She introduced the event by asking, "What is resilient development? It may mean different things to different communities and people. Examples from the Pacific could mean being able to recover quickly after a cyclone in terms of accessing to food and water; it may mean that fish return and their habitat recover and or multiply quickly or adapting to changing climate." The PCCC will address these needs through partnership and collaboration." 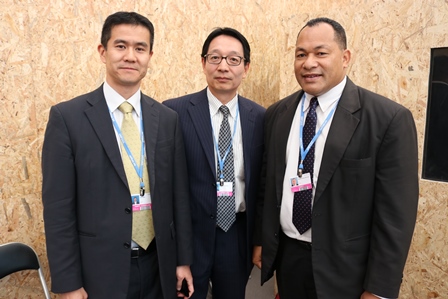 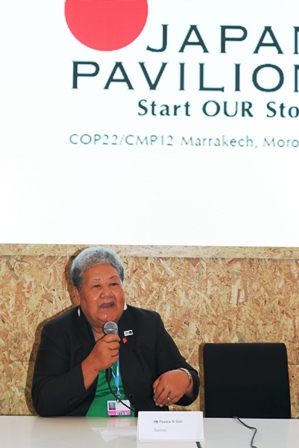 "This Pacific Climate Change Centre is for all the Pacific island countries, because this is your asset, this centre belongs to all of you," said Ms. Peseta Noumea Simi, CEO, Ministry of Foreign Affairs and Trade, Government of Samoa 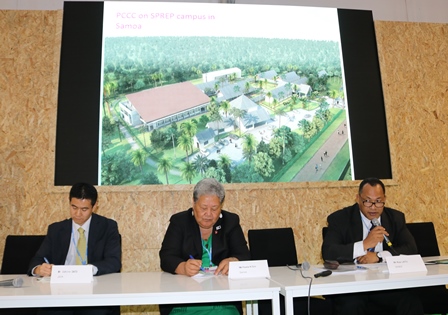 "This centre will be a shared regional resource – a climate hub where Pacific island countries, partners, donors and key stakeholders will be able to share experiences and coordinate climate action whether it be on adaptation, mitigation, climate finance, and meteorological services. It is in these areas, amongst others, that the PCCC will deliver critical support services and add value to existing regional mechanisms on climate change and integrated disaster risk management. It does not aim to duplicate but aims to complement," said Mr Kosi Latu, Director General, SPREP. 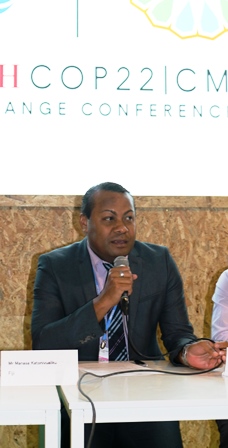 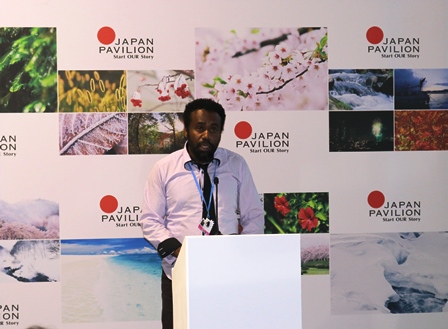 "SPREP is now working with us, supporting the National Meteorological Services of the Pacific islands region, we have many more capacity building needs. The centre will give us some direction on how to address issues in the region, especially on climate science," said Mr Philip Malsale, Vanuatu Meteorology and GeoHazards Department, Vanuatu. 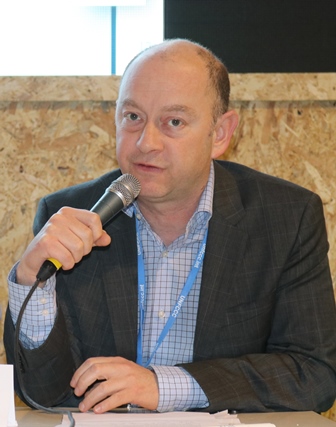 "The Pacific Climate Change Centre is a new and promising development and we are excited about it, we are keen to ensure the PCCC works well with the Pacific Resilience Partnership," said Mr Russell Miles, Department of Foreign Affairs and Trade, Australia. 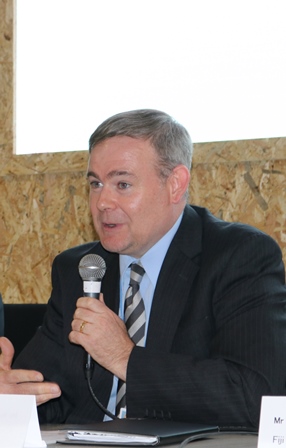 "We look forward to supporting and participating in the next stage of implementation of the PCCC and the FRDP as we start building resilience to climate change and disasters but this will depend on a strong enabling environment, including the availability of resources, the establishment of good governance arrangements, effective dialogue, good communication, and strong coordination and genuine, durable partnerships," said Mr Scott Hook, Economic Infrastructure Adviser, PIFS. 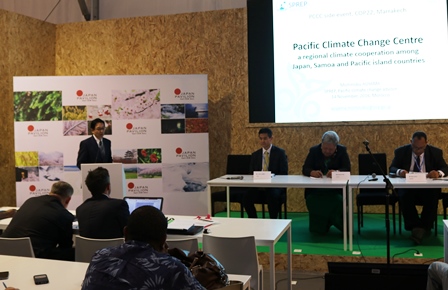 "The Pacific Climate Change Centre will help address the capacity development needs in the region, such as that needed to access climate finance," said Mr Michinobu Aoyama of JICA based at SPREP Headquarters.

The event was held on 14 November at 5.00pm at the Japan Pavilion within the UNFCCC COP22 venue.