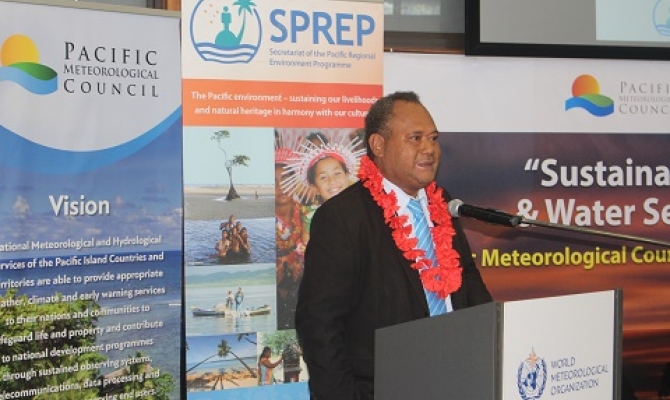 On hand to welcome the 170 delegates of the 4th PMC was Solomon Islands’ Minister for Environment, Climate Change, Disaster Management and Meteorology, Honourable Samuel Manetoali.

Minister Manetoali in his welcoming address spoke about the vulnerability of Solomon Islands to the impacts of climate change and climate variability, and highlighted the important work of his country’s National Meteorological and Hydrological Services (NMHS).

“Solomon Islands is located in the genesis region as well as in the path of tropical cyclones. We are also surrounded by the west Pacific warm pool, an area of water with warmest sea surface temperature on the earth’s surface. The presence of these climate features increases our risk to the impacts of extreme weather and climate events including climate change,” said Hon. Manetoali. 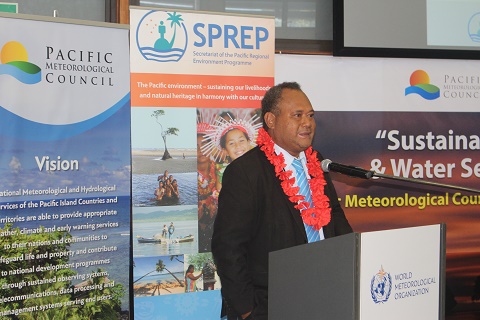 He added: “Through our climate change projects, we have established a series of automated rain gauge stations as well as a series of seismic stations around the country to improve our early warning systems. Another important development is the proposed Joint National Warning Centre building as well as our Ministry’s Building at Vavaya Ridge.”

“It is twenty four months since the Pacific Meteorological Council’s third meeting in Nuku’alofa, Tonga in July 2015. I would like to say that a lot of progress and achievements have been made collectively as a region and by each and everyone of your National Meteorological Services to safeguard and build the resilience, wellbeing and livelihood of communities and their development aspirations,” DG Latu told PMC delegates.

He also outlined the achievements of the PMC over the years, including:

·      Establishing of panels of experts on climate services, aviation weather services, education, training and research, infrastructure and communications and marine and ocean services within the PMC

·      Reviewing the Pacific Island Meteorological Strategy, and developing a new Pacific Roadmap for Strengthened Climate Services which will be presented at this meeting for endorsement by members

One of the first items on the agenda of day one of the 4th PMC was the handing over of the chairmanship of the PMC by the host of the last PMC, who’s also the Director of the Tongan Meteorological Services, Mr Ofa Faanunu.

Mr Faanunu said he is proud of the many achievements of the PMC during his two-year tenure, but believes there are still much to be done.

“Later this week we will be meeting with our development partners to bring to their attention matters of urgency and importance for support and I encourage our members to work together to advance our agenda further through renewed commitments directed to the areas where it will make the most impact,” said Mr Faanunu.” 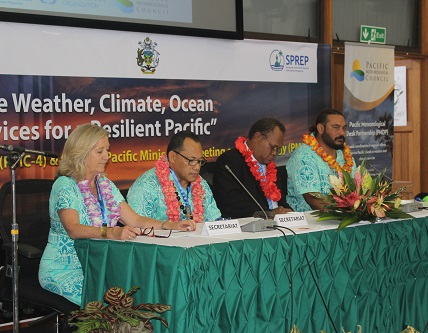 The 4th PMC will for the first time introduce a Partners’ Dialogue with donor and development agencies on Thursday and it will conclude with the 2nd Pacific Ministerial Ministers Meeting on Friday. At least 18 SPREP-member governments have confirmed the participation of their ministers or representatives in the PMMM on Friday including the deputy prime ministers of Samoa and Tonga. – #PacificMet #PMC4