France signs on to the Pacific Whale Declaration 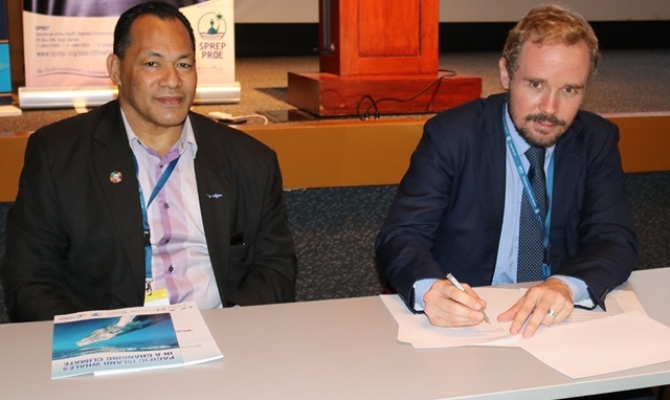 Island and Ocean Ecosystems
24 October 2017, Manila, Philippines - France has demonstrated its commitment towards the conservation of whales through the signing of the Pacific islands Year of the Whale Declaration during the Twelfth Conference of the Parties to the Convention on the Conservation of Migratory Species of Wildlife (CMS COP12).

The Pacific islands Year of the Whale declaration calls for strengthened whale conservation across the region and remains open for signing until 31 December, 2017. 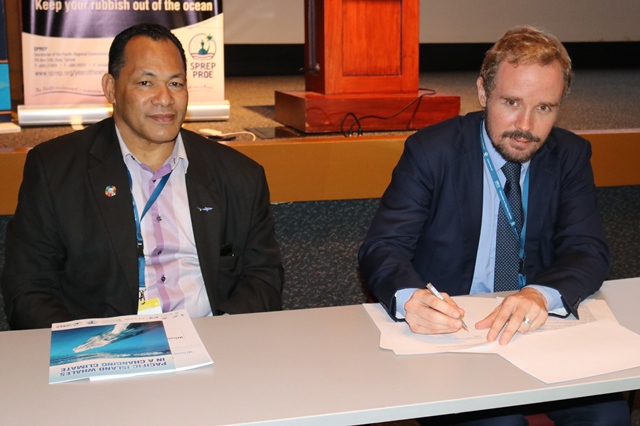 "It is very important for my country to sign this agreement today at this CMS COP12," said Mr Laurent Le Godec, Deputy Head of Mission of the Embassy of France to the Philippines.

"We really believe in the need for the better protection of our Pacific whales; we believe their future is our future and this is why France supports this. We are pleased to show our commitment by signing this event here at the CMS COP12. I am glad to have the honour to do so."

The Declaration was opened for signing at the conclusion of the Pacific regional Ministerial Conference - Whales in a Changing Ocean - held in Tonga in April this year.

"We congratulate the Government of France for signing on to this Pacific Declaration, and we are encouraged by their commitment to whale conservation, which further cements their role as environmental leaders," said Mr Kosi Latu, Director General of SPREP.

"Just last month, France also proposed the Call for Action on Plastic Microbeads, at our Twenty-Eighth SPREP Meeting, a move that was endorsed by all SPREP Members. Given the impact of microbeads on our ocean, this demonstrates the commitment from France towards the health of our Pacific Ocean, including its whales and other marine life." 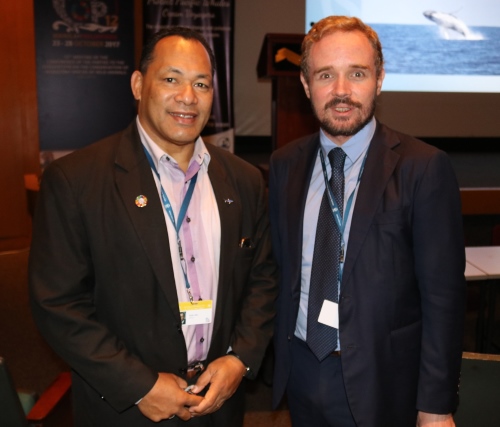 The signing of the Pacific islands Year of the Whale Declaration by France took place on 24 October, 2017 during the Whales in a Changing Ocean side event at the CMS COP12 featuring presentations from SPREP, Cook Islands, Fiji and Palau.

The CMS COP12 is held from 23 to 28 October, 2017 in Manila, Philippines. The Pacific islands is part of the Oceania Region which consists of Australia, Cook Islands, Fiji, New Zealand, Palau, Philippines and Samoa. For more information please visit: http://www.cms.int/en/cop12