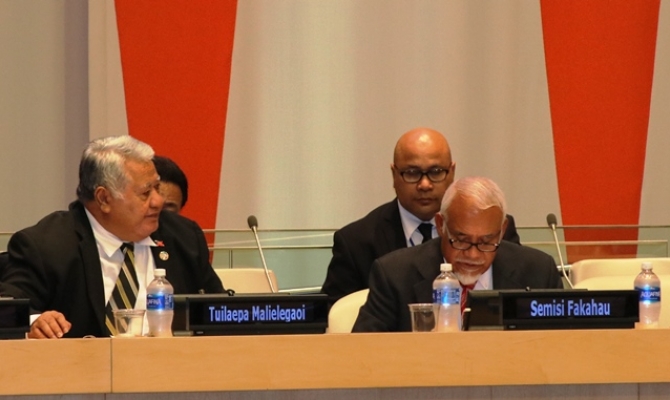 Island and Ocean Ecosystems
5 June 2017, UN Ocean Conference, New York -Discarded or abandoned fishing gear, also known as ghost gear, is responsible for at least one-tenth of all marine debris. It is four times more deadly to marine animal life than all other forms of marine debris combined, according to Pacific island leaders.

Here at the UN Ocean Conference in New York, the Global Ghost Gear Initiative, an alliance of partners committed to tackling this challenge, was showcased with a special event led by the Kingdoms of Tonga and Belgium, in association with the World Animal Protection Society.

The Global Ghost Gear Initiative was founded in 2015 as the first initiative dedicated solely to driving solutions to the problem of ghost gear on a global scale. 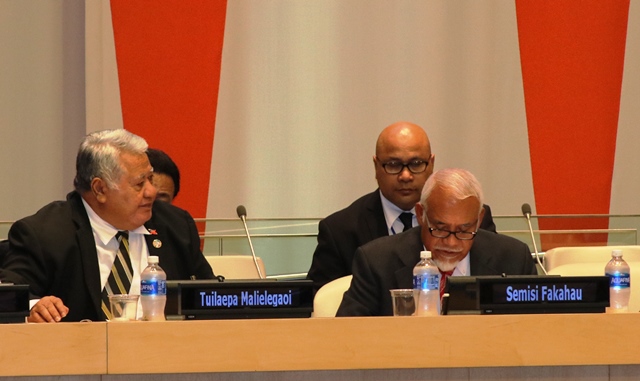 The Kingdom of Tonga, a co-host of the event. Photo: SPREP

"Unless addressed, ghost gear is likely to remain in the marine environment for hundreds of years and therefore does not just impact the marine ecosystem today, but in the future as well," said Hon. Semisi Fakahau, the Minister of Agriculture, Food, Forestry and Fisheries of Tonga.

"We must do whatever we reasonably can to maintain and improve the health of our marine ecosystems, to protect marine animals and birds, to safeguard human health and to protect livelihoods."

According to Minister Fakahau, historically the greatest concern in the Pacific region was the use of large-scale driftnets. In the late 1980's this was addressed by Pacific countries, who led the negotiation of the Wellington Convention to ban the use of such gear in our region.

"The success of that Convention was a direct driving force for the UN Resolution for a global moratorium on the use of such fishing gear. Tonga is supportive of the work being done to raise the profile of ghost gear and to taking steps to mitigate the frequency and effects of ghost fishing, and I think this is a good example of how it can work." 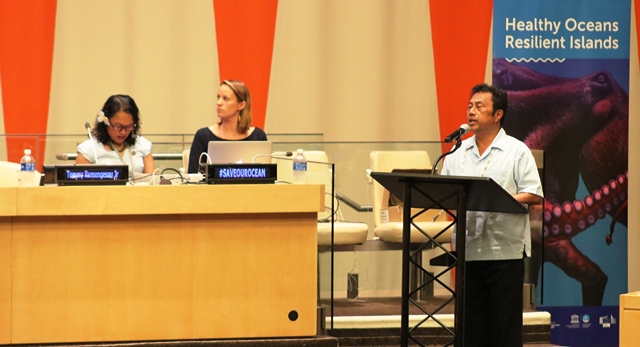 Marine pollution is also a great concern for the Pacific islands. The President of Palau, H.E Tommy Remegesau Jnr, said today that he believes that of all the bottles, cans and fishing gear that wash up on the shorelines of Palau, 99.9% originate from somewhere else. Despite this, it is the communities on Palau that must live with their impacts.

"Palau's economy is our environment and our environment is the economy. However we cannot fix this problem alone, we all share the same Ocean and therefore the impacts experienced in one corner of the globe can carry to all others," said President Remengesau.

Both he and the President of the UN General Assembly, H.E Ambassador Peter Thomson, are adamant about the need for collaboration to find solutions.

The UN Ocean Conference is calling for the development of partnerships, to work together to help implement Sustainable Development Goal 14: Life Below Water, and the Global Ghost Gear Initiative is an example of this.

The GGGI alliance consists of national and international institutions, the fishing industry, private sector, civil society organisations and government agencies. Its efforts have been focused on building evidence, defining best practice and policy; and catalyzing and replications solutions when tacking the ghost gear problem.

The side event titled 'Implementing Agenda 2030 Initiating Global Action on Ghost Gear' was held on 5 June at the ECOSOC Chamber at the UN Headquarters in New York.

Also presenting at the side event were the Prime Minister of Samoa Hon Tuilaepa Aiono Sailele Malielegaoi; the Deputy Prime Minister of Belgium, Hon Didier Reynders; Minister of Rural Affairs of the Kingdom of Sweden, Mr Sven-Erik Bucht; Mr Glen Joseph, Head of Fisheries of the Marshall Islands; and Mr Kosi Latu, Director General of the Secretariat of the Pacific Regional Environment Programme (SPREP).