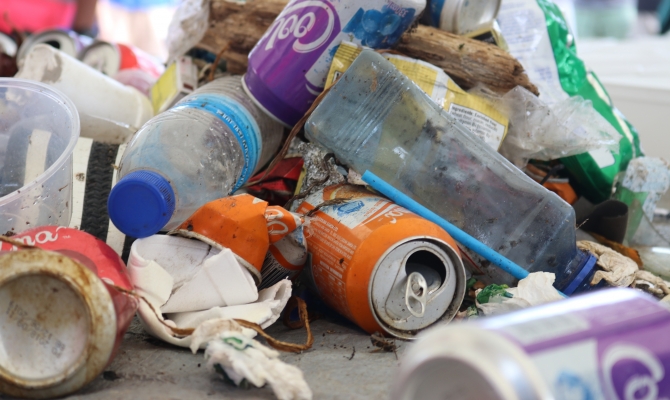 31 August 2019, Apia, Samoa - An astounding 3,516 pieces of litter with a combined weight of 8,150 grams was collected from a collection survey at the Maleafatu Park Seawall. This dataset was collected by “Citizen Scientists”, made up of SPREP Pacific Environment Forum participants, staff and volunteers at an official monitoring site as part of the Litter Intelligence long-term litter monitoring programme.

The Litter Intelligence is a long-term programme led by registered New Zealand charity, Sustainable Coastlines, and funded by the Ministry for the Environment through the Waste Minimisation Fund, and also works in close collaboration with the Department of Conservation and Statistics New Zealand. 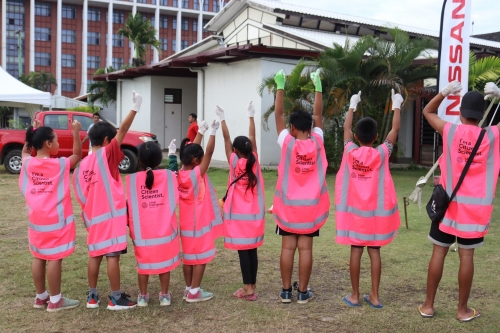 A total of 53 Citizen Scientists participated in the survey at the Sogi Recreational Area foreshore which had a set survey area of 100m x 8m. Items collected were segregated by volunteers and SPREP staff and analysed using an innovative app. By working to a United Nations Environment Program / Intergovernmental Oceanographic Commission methodology, data was collected at the highest standard of scientific rigour, allowing it to be used for national, regional and international reporting, including the relevant Sustainable Development Goals.

Results of the analysis revealed a litter density of 4,395 per 1000m2. Although more glass or ceramic fragments were collected, the usual suspects of plastic products were also commonly littered, with 597 items with a combined weight of 1,771 grams picked up. A more detailed analysis of the clean-up can be found in Table 1 below.

The 29th SPREP Meeting of Officials is being held at the Tanoa Tusitala Hotel in Apia, Samoa from 3 - 6 September. The Meeting will bring together SPREP’s 21 Pacific island Members countries and 5 Metropolitan Members to discuss strategic issues pertaining to the organisation, and to approve the 2020-2021 work plan. The Environment Ministers’ High-Level Talanoa will be held on Friday 6 September.