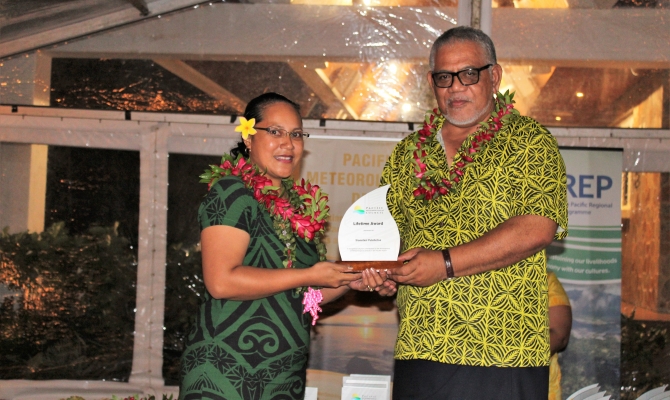 9 August 2019, Apia, Samoa – The inaugural Pacific Meteorological Council (PMC) awards were presented yesterday evening at a special ceremony held at Taumeasina Island Resort at the conclusion of the second day of the Fifth meeting of the PMC (PMC-5).

The awards were presented to individuals and partners working in and with National Meteorological and Hydrological Services in the Pacific in recognition of their outstanding services to the sector and the region.

The Lifetime Award was presented in recognition of those who had worked in the Meteorology but have either moved on to other related fields of work, retired or had passed on, in appreciation of their contributions to the sector.

The recipients included the late Mr Ravind Kumar, former Vice Chair of PMC-4 and former Director of Fiji’s Meteorological Services, who passed away suddenly last year. Mr Kumar’s work has been recognised throughout the PMC-5, and by colleague and former Chair of PMC-4, Mr David Hiba, who paid tribute to his life and legacy during the official opening of the meeting.

He served as a meteorologist for 31 years and was promoted to Director of Fiji Meteorological Services in 2015.

Dr Pelesikoti is well known throughout the Pacific region, having had over 20 years of experience in climate change, coastal management and disaster risk management. She is a coastal ecologist by profession and completed her PhD in Australia in coastal monitoring focusing on the coastal water quality, coral reef and seagrass.

She was recently appointed as a new member of the World Meteorological Organization (WMO) Scientific Advisory Panel, an elite group of scientists who are experts on weather, climate and water.

Mr Sionetasi Pulehetoa of Niue was also honoured with the Lifetime Award. Mr Pulehetoa was the former Director of the Niue Meteorological Service. He championed the interests of Niue in regional and international gatherings, and retired after the PMC-3 in Tonga.

His award was received by the current Director of the Niue Meteorological Service, and Mr Pulehetoa’s daughter, Ms Rossylyn Mitiepo.

In addition to the Lifetime Awards, Long Service Awards were also presented in recognition of those who have put in many years of long service, perseverance, leadership and dedication to the development of Meteorological services at the national and regional level. 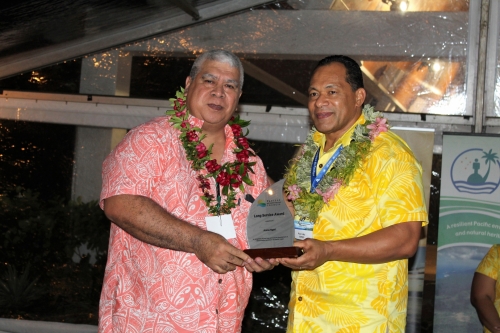 Mr Arona Ngari, Director of Cook Islands Met Services, was amongst the recipients of the Long Service Award.

Mr Ngari has worked in the Cook Islands Met Service since 1984 and has 36 years of service in meteorology under his belt. He studied at Auckland University towards a part-Bachelor of Science from 1981 to 1983, attained a Diploma in Public Sector Management from Massey University in 2006 and graduated with a Master of Business Administration from the University of the South Pacific in 2009. 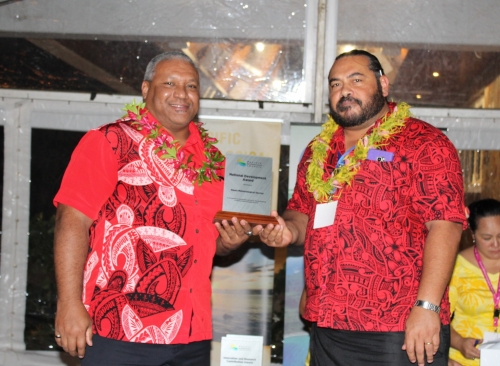 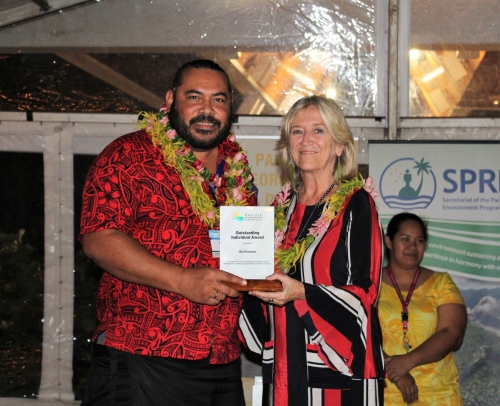 The Director of Tonga Met Service, Mr Ofa Fa’anunu, was also honoured with the Outstanding Individual Award – an award which recognised his outstanding contribution and leadership towards the development of Meteorological services in the Pacific region.

Mr Fa’anunu’s contribution to Meteorological and hydrological services through governance, communication, capacity development and other aspects of the service at the international, regional and national level, as well as attaining the Presidency of WMO Regional Association V, was recognised and applauded by his fellow peers.
Other awards which were also presented included the Innovation and Research Contribution Award, in recognition of outstanding, innovative and exceptional research in Met services and in empowering the next generation of researchers.

The awards were presented to Dr Lynda Chambers for outstanding research in the area of Traditional Knowledge, Dr Scott Power in the area of Climate Change and Climate Variability, and Mr Geoff Gooley in the area of Adaptation research with specific focus on sectors. 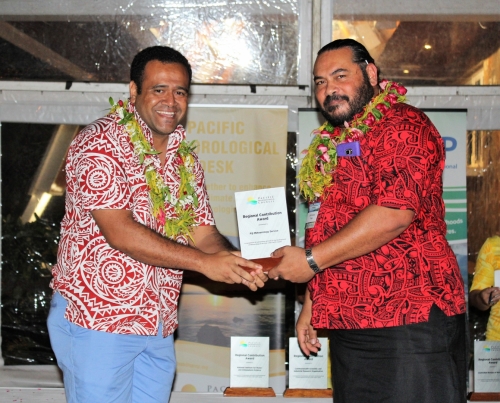 Congratulations to all the award recipients!