Invasive Species Identified As An Important Issue for Pacific Region 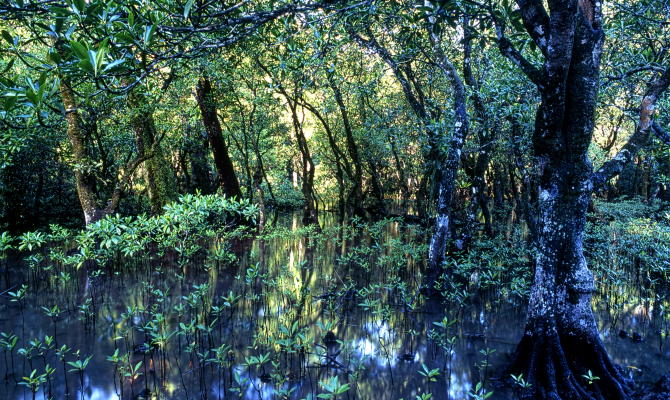 A second virtual informal session was held from 24 – 26 February giving the opportunity for participants interested in the 24th meeting of the Subsidiary Body on Scientific, Technical and Technological Advice (SBSTTA 24) of the UN Convention on Biological Diversity (CBD) scheduled for later this year to meet again to discuss key agenda items for the development of the Post-2020 Global Biodiversity Framework. The first informal session was held the week prior.

No negotiations or decisions could be taken during both informal sessions. Instead, it was an opportunity for Parties and observers to discuss important agenda items and concerns regarding the framework, which will be further reviewed for adoption at the 15th meeting of the Conference of the Parties (COP-15) of the CBD.

Participants heard statements from several representatives, many stressed how food security is linked to marine biodiversity as well as soil biodiversity, and the importance of both these topics for local livelihoods. Ms Amanda Wheatley, Biodiversity Adviser of SPREP, highlights the impacts invasive species have on biodiversity causing loss and species extinction.

A reliance on imported goods, with large-volume container trade, was one risk Ms Wheatley stated made Pacific islands vulnerable to continued re-introduction of pest species.

Invasive species has been listed as one of the top threats to Pacific resilience, for both communities and wildlife. The ‘State of Environment and Conservation in the Pacific Islands - 2020 Regional Report’ states that bat species, native fauna and birds face increasing pressure from the spread of plant invasive species which impact logging and forestry across many islands.

“Ports and shipyards are a standard high priority site for biosecurity and invasive species management. We would like to note that the impact of the COVID pandemic has increased the demand of online trade through postal and express couriers thus changing transport and movement patterns which may raise concerns in the region especially if no proper tools, management or detection facilities are in place to monitor the movement of invasive species in the islands.”

She stated the development of methods, tools and mechanisms to minimise the risk caused by introduced and increased spread of invasive species is a key concern for the region, and that SPREP welcomes the five elements of technical guidance that Pacific managers will be able to use to address the impacts posed by invasive species.

Invasive species management is an identified regional and national gap that needs to be bridged.

SPREP has a long history of, and continues to, play an important role in supporting Pacific island countries to have a strong voice in negotiations related to the Convention on Biological Diversity, and 2021 will be a significant year with final negotiations for the Global Biodiversity Framework. SPREP will be hosting a series of regional preparatory meetings in partnership with the CBD Secretariat and UN Environment, and providing support throughout the formal CBD meetings.

The SBSTTA is the intergovernmental body responsible for providing scientific, technical and technological advice related to the implementation of the Convention. It assesses the current status of the world’s biodiversity to highlight issues faced in order to identify solutions which are shared through the Convention with the global community.

The Convention on Biological Diversity (CBD) is an international treaty for the conservation of biodiversity, the sustainable use of the components of biodiversity and the equitable sharing of the benefits derived from the use of genetic resources. It opened for signature at the Earth Summit in Rio de Janeiro in 1992 and entered into force in December 1993. Currently there are 196 Parties to the Convention. The Convention seeks to address all threats to biodiversity and ecosystem services, including threats from climate change.