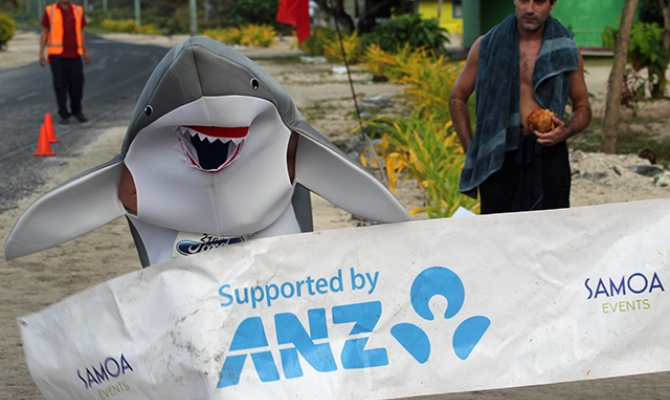 Island and Ocean Ecosystems
20 July, 2017 – Apia, Samoa: There was something distinctly fishy about the winner of the five kilometre Lalomanu half marathon last weekend. The winner – Kat Riley – ran the race dressed in a shark suit!

Kat, who originates from Australia has been working in Samoa for the last two and half years and regularly participates in the running, triathlon and inter-island swim events organised by Samoa Events.

At this event, Kat decided she wanted to run with a purpose. After hearing about the outreach campaigns organised by the Secretariat of the Pacific Regional Environment Programme (SPREP) in collaboration with the Government of Samoa and diving operators such as the Samoa Dive and Snorkel, she felt inspired to use the marathon to raise awareness on the importance of sharks to the marine environment. Kat explains:

"I ran in the shark costume because I care about the future of Samoan reefs as a food source and income for Samoan people, I see baby sharks being sold which means that sharks are being killed before they have a chance to reproduce which results in reduced numbers of sharks." 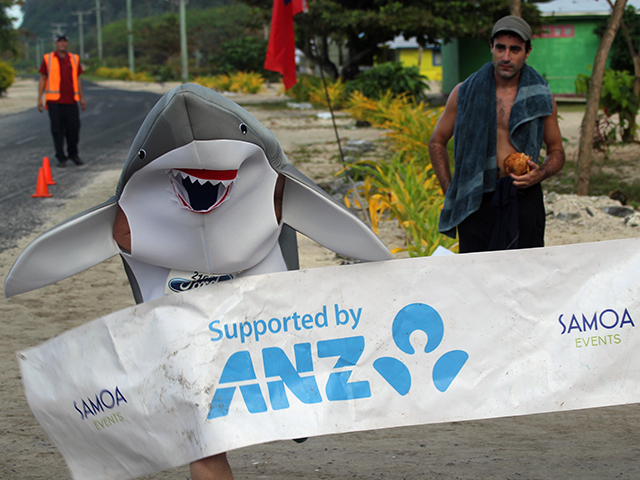 Running the five kilometre distance in a shark costume sparked a great deal of interest and enthusiasm from other competitors and onlookers, with spectators along the roadside cheering "Go malie!"

"Generally, people are scared when they hear the word shark and often think that sharks are aggressive. Not everyone knows about why sharks are an important part of a healthy reef system and that the without sharks the health of the reef and fish diversity and abundance declines."

Every year, over 100 million sharks are caught in commercial fisheries due to the high demand for shark fins. This has resulted in more than 54% of the shark population being categorised as threatened or near threatened with extinction.

The Pacific has taken a leadership role in protecting sharks and rays within their national waters by establishing sanctuaries that sets in place strong conservation measures that bans the commercial sale and export of sharks and products. 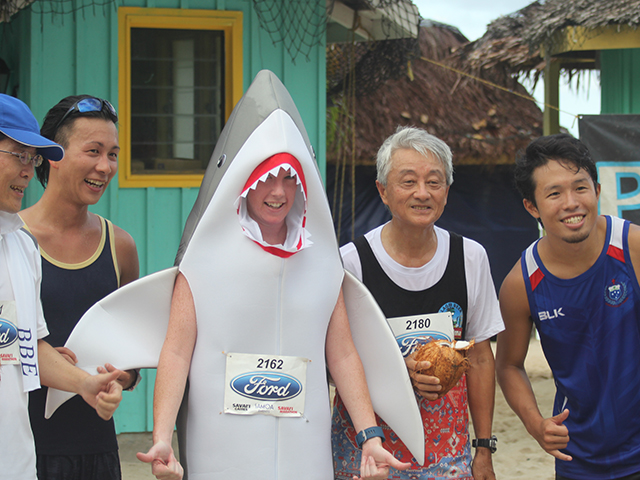 If you happen to see a shark running along the Samoan roadside, be sure to give Kat a thumbs up!
Photo: J.Ward/SPREP

For her part, Kat will continue to promote the protection of sharks in Samoa and would like to see more shark related events and more people and villages involved in shark conservation. So, if you happen to see a shark running along the Samoan roadside, be sure to give Kat a thumbs up.