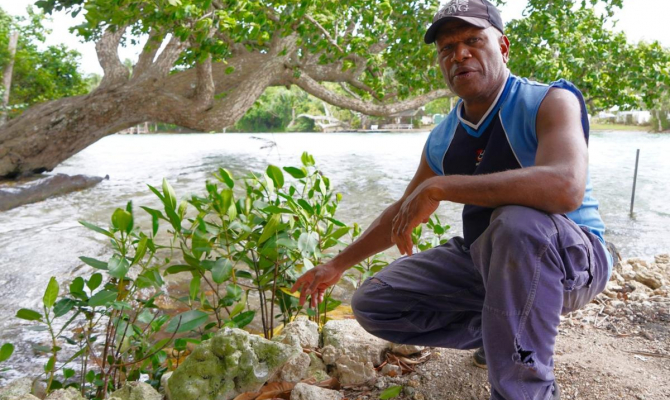 Friday 10 September 2021, Apia, Samoa – Fourteen individuals and non-governmental organisations from seven countries across the Pacific who have shown a strong commitment to environmental conservation and sustainability were today awarded the prestigious Pacific Islands Environment Leadership Awards (PIELA) at the conclusion of the Environment Ministers’ High Level Talanoa, which was held virtually at the culmination of the 30th SPREP Meeting of Officials.

The PIELA was established by SPREP in 2013 to recognise, promote and celebrate outstanding contributions of individuals, communities, non-governmental organisations (NGO), private enterprises and countries and territories towards achieving an environmentally sustainable and resilient Pacific.

For Excellence in National Leadership in Environmental Sustainability and Conservation, Dr Patrick Pikacha from Solomon Islands, Mr Hubert Geraux from New Caledonia, and Ms Nunia Thomas-Moko from Fiji were the recipients of the Award.

Three winners were also recipients of the Award for Excellence in Community Leadership in Sustainability and Conservation. They are Mr Timmy Sowang from Papua New Guinea, Mr Henry Kaniki from Solomon Islands, and NatureFiji-MareqetiViti, Fiji’s first national conservation NGO.

The award for Excellence in Youth Leadership in Environmental Sustainability and Conservation is a new award, which was added to the PIELAs in 2020. This year, the award was presented to the Erakor Bridge Community in Vanuatu, Mr Solomon Yeo from Solomon Islands, the Matautu Lefaga Youth Group from Samoa, and Caledoclean from New Caledonia.

When asked what drove him to work for the protection and conservation of the environment, Mr Solomon Yeo said, “My motivation stems from the teachings of my faith, elders, teachers, parents, communities and the environments I live in. The combination of these teachings continues to shape and reinforce my understanding that our environment is not an abstract concept, rather, they are timeless spaces that the present inhabitants share and connect with the past and future inhabitants.”

The Lifetime Achievement for Excellence in Pacific Environmental Leadership Award was presented to Dr Dick Walting from Fiji, Tusanilefaia’ao Iosefatu Reti from Samoa and Jean Kape from French Polynesia.

Tusanilefaia’ao stated that the biggest highlight for him throughout his illustrious career was being able to work with remote isolated communities to protect the resources they own and depend on from big money such as government supported logging companies.

“Conservation is not just about saving tress and natural resources; it is more about saving lives. As future leaders, it is your God given responsibility to ensure that you pass on to the next generation a Pacific region that is safe and bountiful for generations to come,” he said

Mr Jean Kape of French Polynesia, when asked what the biggest highlight of his career as a Pacific Environment Leader was, shared that it was his contribution to the successful translocation of 27 ‘Ura birds from Rimatara, Austral Islands to ‘Atiu, Cook Islands in April 2007.

“I returned to Rimatara in 2009 to organise a trip to ‘Atiu for a few school children to see their ‘Ura and again to Rimatara in 2017 for the 10th anniversary of the ‘Ura translocation,” he said.

In receiving the award on behalf of her late mother, Ms Gyllian Taei expressed how her mother always loved the ocean and would talk about the summers she used to spend with her grandparents and siblings near the ocean every day. Her love for the ocean led to a career that would span over 23 years working in Samoa and around the Pacific.

More information on the PIELA and the winners can be found on the SPREP website or by contacting  Ms Amanda Wheatley, SPREP Biodiversity Adviser, at [email protected]. 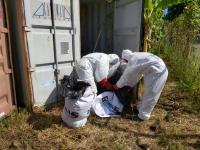