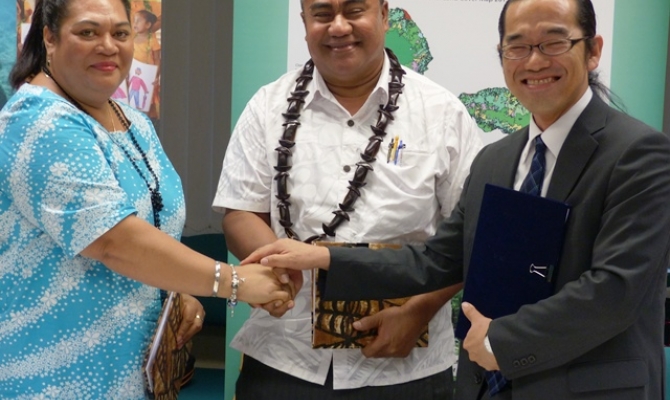 The Pacific islands are a step closer to having their very own Pacific Climate Change Centre to be hosted at the Secretariat of the Pacific Regional Environment Programme (SPREP) campus in Apia, Samoa.

A special signing between the Japan International Cooperation Agency (JICA) and Government of Samoa, with SPREP to finalise the minutes of discussion which marks the end of the preparatory survey took place in Apia today. This is the final stage before submission to the Cabinet of the Government of Japan in July, followed by the signing of the Exchange of Notes in August. 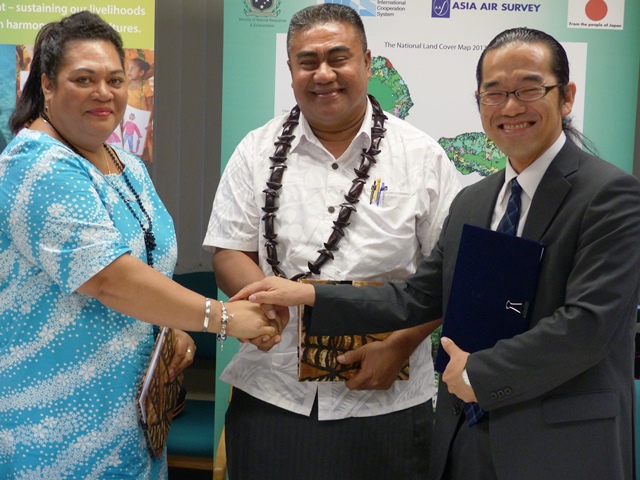 "The Samoan Government is excited to be part of this project. It reflects the priority the Government attaches to the climate change agenda," said Lavea Tupaimatuna Iulai Lavea, Chief Executive Officer for the Ministry of Finance of the Government of Samoa.

"I hope that many Pacific Islanders will benefit from the training provided through the centre and that all regional climate change programs can now be centralised in SPREP using this centre."

The Pacific Climate Change Centre (PCCC) will significantly enhance and improve delivery of climate change activities and a centre for all SPREP members. It will provide a dedicated training and meeting space to take on new challenges and developments, particularly in relation to climate change science and meteorology.

"We are very happy that the Government of Japan is contributing to strengthening the capacity of SPREP, through this excellent cooperation with the Government of Samoa, during this preparatory phase for the construction of the PCCC. Through JICA, my government has provided and supported financially and technically to a number of past and current projects across the different sectors of the Samoan economy. But the PCCC is an additional initiative by Japan, especially in the area of climate change and environmental management," said Mr. Kazunao Shibata, Leader of the Preparatory Survey Mission. 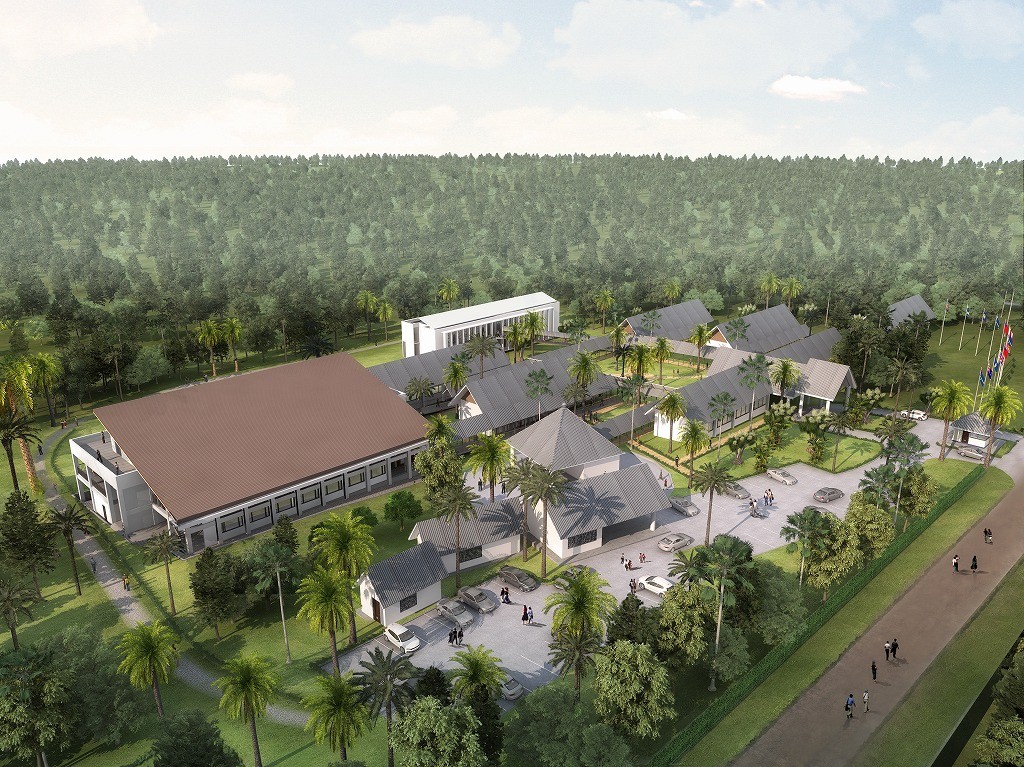 The proposed PCCC to be built at the SPREP campus in Apia, Samoa

"We believe that the PCCC will provide an excellent regional mechanism and effort in addressing climate change issues in the Pacific Island Countries with its facilities to be fully utilised for strategic planning, training and demonstration of eco-friendly technologies."

Construction of the PCCC will begin in June, 2017 after the tender process and is planned to be completed by July, 2018.

As well as being the Climate Change Centre to strengthen the resilience of the Pacific islands, it is also pioneering in the planned design.

The PCCC will be constructed in line with environmentally friendly designs including rainwater harvesting, anaerobic digesters and water saving bathrooms.

"SPREP is extremely grateful to the Government of Japan and our host country Samoa, for their visionary support in helping to make the Pacific Climate Change Centre a reality for all Pacific islands," said Dr. Netatua Pelesikoti, Director of Climate Change at SPREP. 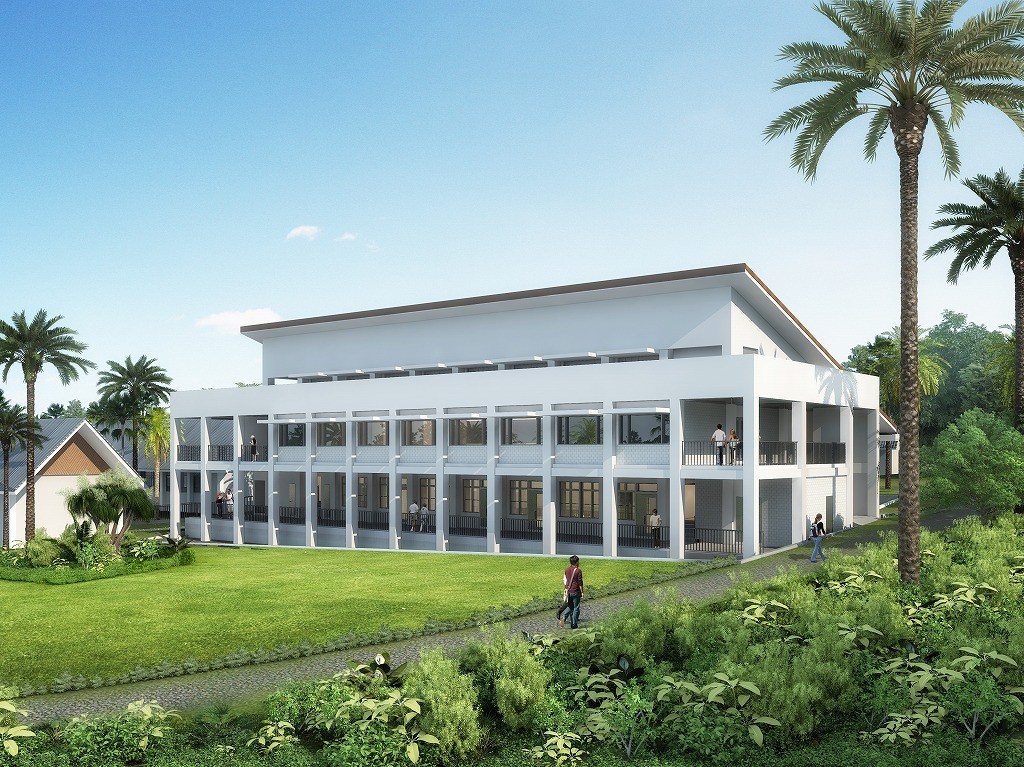 The proposed PCCC to be built at the SPREP campus in Apia, Samoa.

"This will be the very first regional centre for climate change and we know the work to come from this will lead to positive benefits for our Pacific island people."

The documents were signed by Mr. Kazunao Shibata, Director of the Global Environment Department on behalf of JICA, Lavea Tupaimatuna Iulai Lavea, Chief Executive Officer for the Ministry of Finance on behalf of the Government of Samoa and Dr. Netatua Pelesikoti, Director of Climate Change on behalf of SPREP.

The Pacific Climate Change Centre is being funded by the Government of Japan under Grant Aid to the Government of Samoa and SPREP. The signing of the minutes of discussion which marks the end of the preparatory survey was held at the SPREP Campus in Apia.