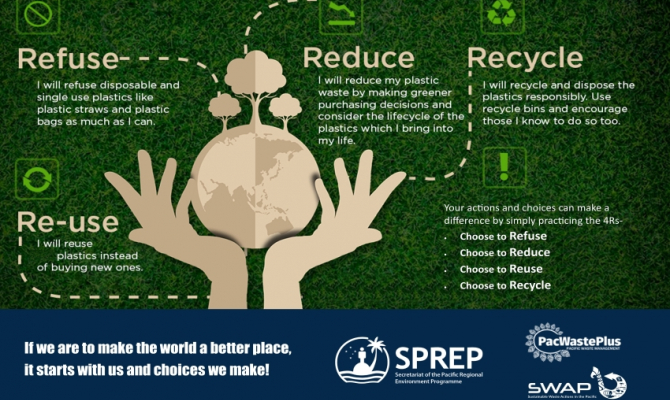 In the Pacific alone close to 40 percent of green waste (organics) end up in landfills, whereas they could have been easily turned into compost and used in backyard gardens and farms instead of using fertilisers that harm the environment.

“Our responsibilities to care for our environment grow also,” said Mr Anthony Talouli, Acting Director of Waste Management and Pollution Control of the Secretariat of the Pacific Regional Environment Programme (SPREP).

“We must act.  There are many good habits that we can do daily to care for our planet and help reduce the strain that comes with a growing population.” 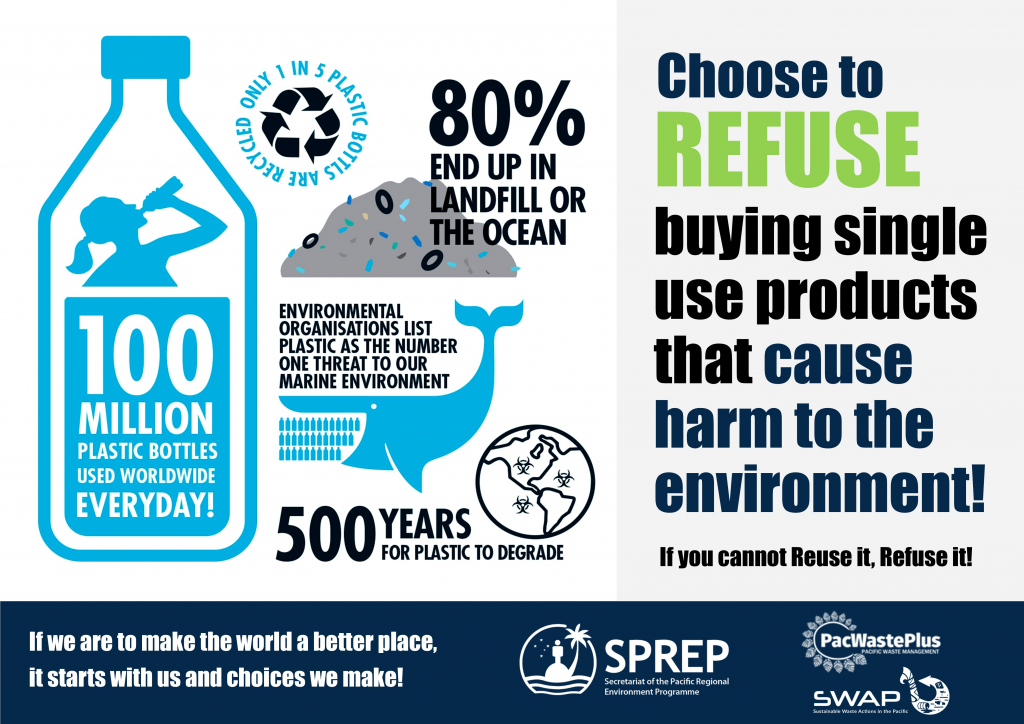 World Population Day, which seeks to focus attention on the urgency and importance of population issues, was established by the United Nations in 1989 to enhance awareness of population issues, including their relations to the environment and development. The Day was first marked on 11 July 1990 in more than 90 countries. Since then, a number of countries, organisations and institutions commemorate World Population Day, in partnership with governments and civil society.

The Pacific Community (2020) has recorded a steady increase in population growth for most of the countries in the Pacific region. The concern with continuous growth in Small Island Developing States (SIDS), is the negative implications this has on a state’s ability to ensure environmental sustainability over the long-term.

End-of-life products, and stockpiles of bulky waste are causing a strain on the natural environment, and this will only increase with an increased population.

Easy acts such as refusing or reducing purchases that create waste people are protecting our environment.

“If you cannot reuse, refuse it, especially when you know that single use products cause harm to the environment, and if you do not really need it, do not buy it. Choose reusable water bottles or cups instead!” Said Mr Talouli.

•    Purchase quality products that have a longer lifespan as opposed to cheaper products that end quickly in the waste stream.
•    reuse materials as many times as possible, and
•    recycle waste into new products.

“We encourage everyone to work together for a Cleaner Pacific this World Population Day, we can do this!” Said Mr Talouli.

The PacWastePlus programme is working with a number of participating countries on several initiatives to reduce waste ending up in landfills.

For more information on what you can do please visit: https://www.sprep.org/pacwaste-plus