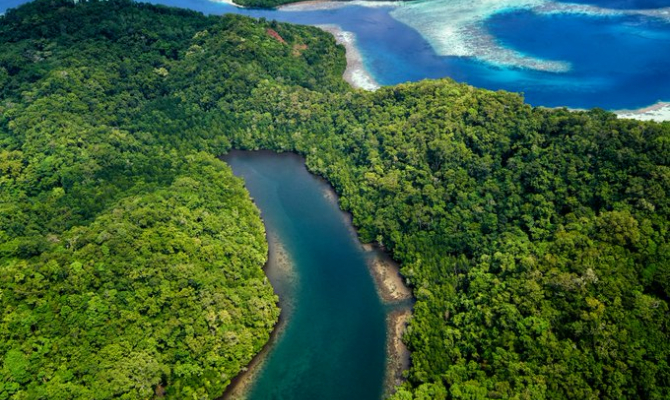 The 10th Pacific Island Conference on Nature Conservation and Protected Areas, the biggest virtual event in the Pacific region in 2020, has officially closed.

The three-day conference ended on a high note this evening, with 13 Pacific island countries and territories, partner countries, and the Heads of Organisations of 12 members of the Pacific Islands Round Table for Nature Conservation endorsing the Vemööre Declaration, which sets out commitments to nature conservation actions in the Pacific 2020-2025.

The word “Vemööre” is a term in the Kwenyï language spoken by people from the Isle of Pines in New Caledonia, which refers to making something viable. It is used to highlight a collective commitment and responsibility to implement the principles of life, to preserve balance, to build alliances, and to respect the word between people and between the spirits of our environment.

Under the Vemööre Declaration, Pacific island countries and territories declared that the global biodiversity crisis is urgent, and that transformative action must not be delayed, as the crisis is an existential threat to the Pacific Ocean, the Pacific islands, and to Pacific peoples.

It also notes with grave concern that none of the global 2011-2020 Aichi Biodiversity Targets have been fully met, and the Blue Pacific collectively calls for all countries to adopt a strong deal for nature and people, to reverse or halt the loss of natural ecosystems and put nature on a path to recovery by 2030.

The official closing of the conference also saw a changing of the guard, with Mr Mason Smith, International Union for the Conservation of Nature (IUCN) Oceania Regional Director and outgoing Chair of the PIRT, delivering brief parting remarks before welcoming the incoming Chair Ms Margaret West.

“All good things must come to an end, and I would like to thank my colleagues at SPREP and PIRT for trusting IUCN with the Chair of PIRT these past three years,” Mr Smith said.

“For me personally it was a very fulfilling and professionally rewarding time chairing the various sessions of our PIRT meetings. As we leave this afternoon, I wish to reassure you all that IUCN will continue to support not only PIRT but also the incoming Chair. We will continue to be an active member of PIRT, and I look forward to working closely with our new Chair and our teams throughout the Pacific,” he concluded as saying.

Ms Margaret West, said, “I am honoured to take up the role of Chair and to deliver the engagement strategy of the Framework.”

“The Framework calls for focus, urgency, and even stronger collaborations. At PIRT, we will draw on our collective strengths to deliver best science, traditional and indigenous knowledge, environmental expertise, communication, and innovation to inspire action for and into the Pacific,” she added.

The Director General of the Secretariat of the Pacific Regional Environment Programme, Mr Kosi Latu, stated that the conference had successfully achieved the objectives it had set out to achieve in when it commenced.

“There were 21 action sessions held during the three days of the conference, and those sessions had an array of speakers from Ministers, the First Lady of Palau, Scientists, Communities, Youth, and more – connecting from all around the Pacific and the world, and from different time zones,” he added.

According to Mr Latu, the conference successfully achieved its objectives of informing about and analysing the State of Conservation in the Pacific islands and defining progress towards the achievement of regional and global conservation priorities; defining a Pacific-based and initiated agenda and priorities for conservation beyond 2020 through the new Framework for Nature Conservation and Protected Areas; and building Pacific nature conservation capacity and stimulating knowledge management and learning related to biodiversity conservation.

“This conference was about partnerships and support and we have demonstrated that you can achieve great things and overcome challenges that resulted in a successful Conference,” Mr Latu added. “We hope that we have inspired and enhanced the capacity of speakers, hosts and participants to utilise the latest technology and adapt in this virtual world, which is the new norm, and use this as a tool to build back better.

“I would also like to acknowledge the Government and people of New Caledonia, who before we had switched this event to a virtual one, have shown so much passion and so much commitment to making this all a reality,” Mr Latu concluded.

For more information on the conference, please visit the website www.pacificnatureconference.com.