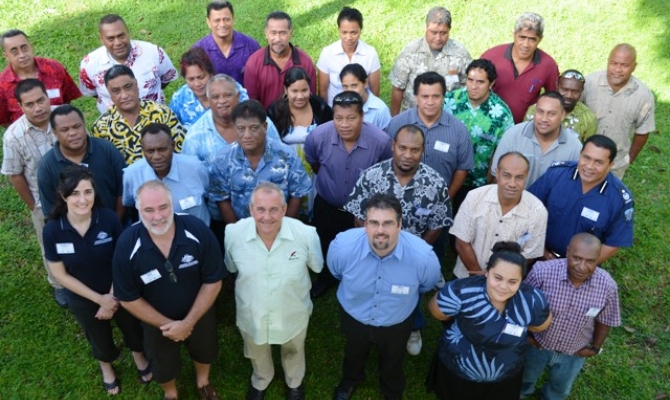 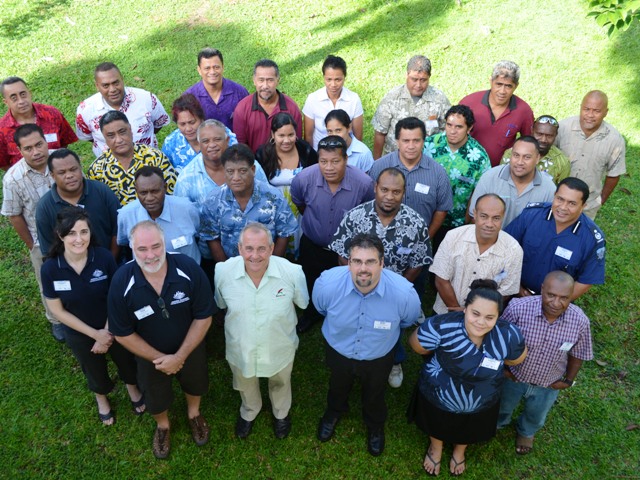 Training in Maritime Oil Spill and Emergency Preparedness opened at the Secretariat of the Pacific Regional Environment Programme in Apia, Samoa today.
Marine Pollution is widely recognised as one of the four major threats to the world’s oceans, along with climate change, habitat destruction and over-exploitation of living marine resources.
Oil spill incidents have occurred around the globe, including the Pacific region.  In 2009 the Pacific Adventurer spilt 240 Tonnes of bunker fuel off the Coast of Queensland Australia; in 2009 an estimated 4,000 to 30,000 Tonnes of crude oil was spilt in the East Timor Sea in the Montara oil field and just recently in 2011 the vessel Rena spilt an unknown amount of oil off Astrolabe Reef in New Zealand.

Pollution from ships - spills of oil and other chemicals, garbage disposal, sewage and ballast water discharge, are some of the ways in which the marine bio-diversity and ecosystems are being affected.

The International Maritime Organisation with assistance from the Secretariat of the Pacific Regional Environment Programme (SPREP), and its partners Australian Maritime Safety Authority (AMSA) and Maritime New Zealand (MNZ) is conducting two workshops focused on oil spill prevention and emergency preparedness for administrators and senior managers. 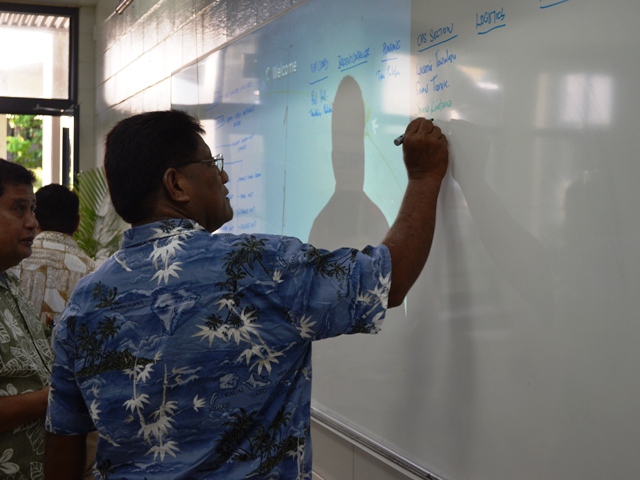 “SPREP has been undertaking an aggressive change management process over the last three years with the aim of delivering better services and advice to our Pacific Island Member countries and territories. We have focused on better partnerships, better definition of priorities and greater application of science in our work," said Mr. David Sheppard, the Director-General of SPREP.

"We have elevated the priority of waste and pollution so now it is now a stand-alone Division within SPREP rather than a unit within one of our previous programme areas. This is a clear signal as to how important the issues of pollution and waste are for our Members. We have also significantly increased resources at SPREP for addressing waste management and pollution control."

One of the tools that participants will be taking from this training is how to prepare a coastal site sensitivity map.  The Oil Spill Level 3 training and Site Sensitivity Mapping training is just some of the many training tools developed by the international community to assist countries in meeting their obligations under the International Convention on Oil Pollution Preparedness Response Cooperation 1990 (OPRC) and the Protocol Concerning Cooperation in Combating Pollution Emergencies in the South Pacific Region (Noumea Emergencies Protocol) of the Convention for the Protection of the Natural Resources and Environment of the South Pacific Region (Noumea Convention). 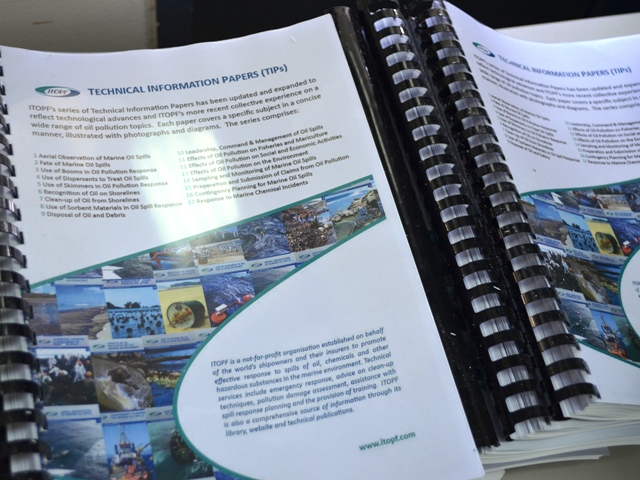 The Secretariat with its partners AMSA, MNZ and the United States Coast Guard have conducted oil spill Level 1 trainings in all Pacific Island countries. SPREP has also conducted Level 2 trainings recently in 2009 in Suva Fiji and 2010 in Port Moresby PNG.
The IMO Regional ORPC Level 3 training Course will be held from 1 to 3 October, followed by the IMO Coastal Site Sensitivity Mapping Workshop from 4 and 5, October.