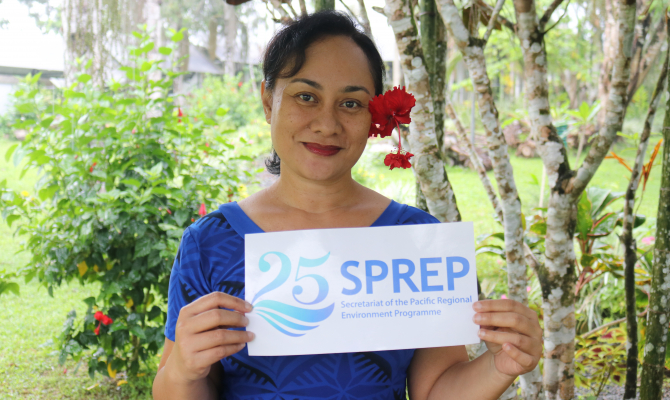 Ms Easter Chu Shing has been announced as the new Deputy Director General of the Secretariat of the Pacific Regional Environment Programme (SPREP).  A familiar face to the Pacific Islands, Ms Chu Shing has worked with SPREP for the past 10 years, originally as the Biodiversity Adviser and then as Director of Environmental Monitoring and Governance.

Ms Chu Shing is the first ever female Deputy Director General for SPREP having been selected through a competitive, rigorous and transparent merit-based selection process.

“On behalf of the Secretariat and our Members, we congratulate Easter on her new appointment as well as being the first female DDG for SPREP since its establishment,” said Mr Kosi Latu, Director General of SPREP.

Ms Chu Shing has successfully led a number of milestone achievements across the Pacific island’s region.  She was at the helm of the 9th Pacific Islands Conference on Nature Conservation and Protected Areas hosted in Fiji in 2013.  Ms Chu Shing has also played a crucial role on the SPREP delegation leading coordination support for Pacific Island Members at the Conferences of the Parties to the UN Convention on Biological Diversity.

“I am deeply humbled by this new appointment and I thank our Heavenly Father for his continued grace and goodness in my journey as a civil servant. I look forward to continue serving our SPREP Members and our Pacific people through this new role.”

“Roger has been a great team member of SPREP having led various teams and strategic assignments such as the Performance Implementation Plan, the Partnership Engagement and Resource Mobilisation Strategy, the Country and Territory Strategic Partnerships Frameworks Strategy, and his work on updating SPREP policies,” said Mr Latu.

“We thank you for your contribution to the work of SPREP and the service you have provided our Members.  We acknowledge and are grateful for your support over the years.”

Mr Cornforth will be returning to New Zealand having been the SPREP DDG for the last four and a half years.