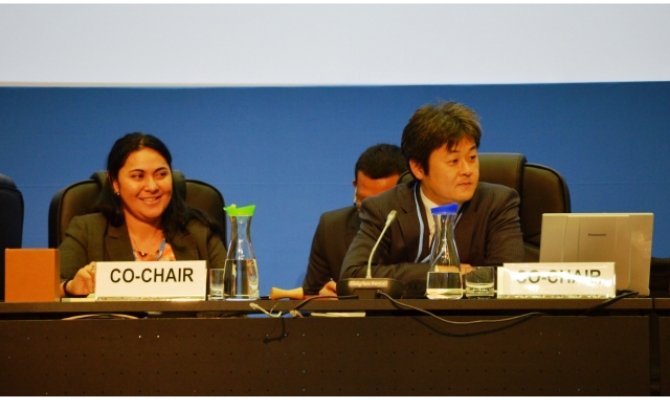 This is the first in a series of human interest stories by SPREP's Nanette Woonton on Pacific women showing leadership in the climate change field.

November, 2012, Doha, Qatar - Samoa, the Treasure Islands, has a hidden gem in Ms. Anne Rasmussen of the Ministry of Natural Resources and Environment. She is occupying a seat at the head table at the UN Climate negotiations in Doha this week having been requested to be a co-chair based upon eight years of experience working for the Government of Samoa and four years in the UN climate negotiations. 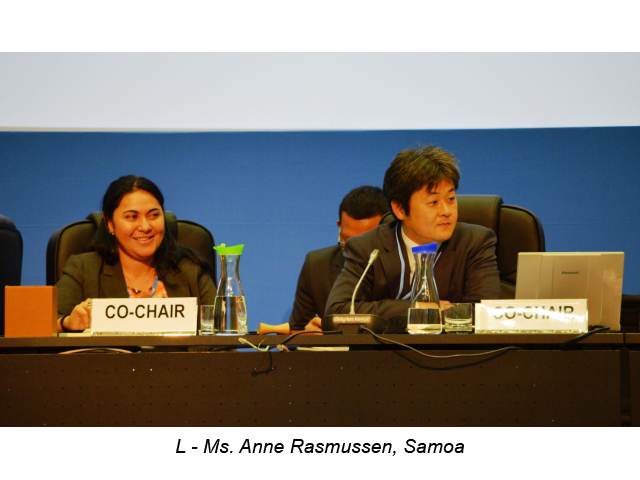 More precisely, Anne will be working with her co-chair from Japan to chair agenda items 4a and c under the Subsidiary Body of Implementation, drawing upon her climate change experience at both the international and national level.

"I first attended the negotiations to support the Samoa delegation, it wasn't until two years ago that I took that step towards a more active role in the negotiations with the National Communications. I have also negotiated on behalf of the Alliance of Small Island States and when it comes to work in Samoa, a large focus for me has been the development of the Second National Communications and carrying out the National Adaptation Program of Action."

The National Communication is a report to be tabled to the United Nations Framework to the Convention on Climate Change it is an obligation as a party under the UNFCCC. It provides a national update on all the work done in country to address the issue of climate change, ranging from the vulnerability and adaptation assessment, greenhouse gas inventory, the capacity building and public awareness.

"It's a useful planning tool for the country." 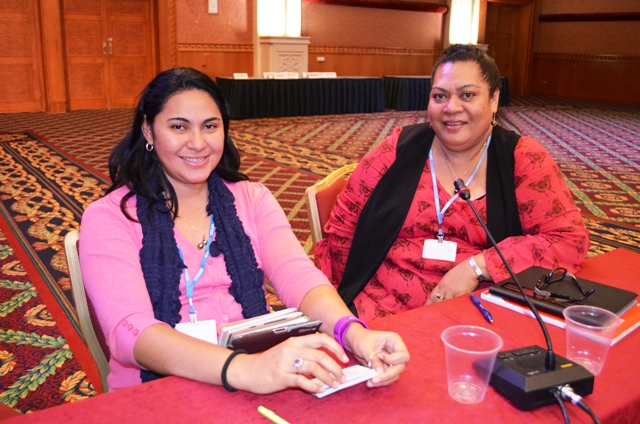 Anne Rasmussen is a friendly face at the UN Climate Change negotiations.

She's a breath of fresh Pacific air at this international conference that is weighed down by a 'cloak and dagger' atmosphere with different huddles and closed meetings taking place. Behind most of the closed doors here, many are negotiating an international agreement that centers on billions of dollars, lowering the levels of greenhouse gases and survival for small islands. 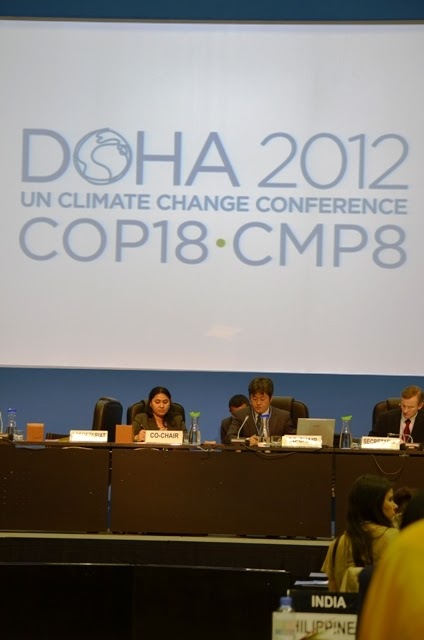 This young woman from Samoa has spent time in the thick of the negotiations, despite being overwhelmed and intimidated she has had to work up the courage every time she has made interventions and spoken on behalf of her island home in a room with thousands of people.

She graduated from the University of the South Pacific with an undergraduate in geography and post graduate degree in climate change, upon returning to Samoa nine years ago, she has worked in this field ever since. One of the most challenging parts has been her role in the UN climate change negotiations. Samoa signed the United Nations Framework to the Convention on Climate Change in 1992 and ratified it in 1994. It signed the Kyoto Protocol in 1998 and ratified it in 2000. Two years after this, Rasmussen joined the Ministry of Natural Resources and Environment in Samoa beginning her career in climate change and the UN climate negotiations.

"It's very intimidating, very scary, you have so much in your head but when it comes to being here in this arena and you see a lot of experienced negotiators at this international forum, you get so intimidated you don't want to speak out in case you say something wrong, or you feel you don't speak the same language that they are speaking. It gets scary."

This year Anne has taken on a new role, she is the Global Environment Facility Consultant, a position equivalent to that of an Acting Chief Executive Officer under the Ministry of Natural Resources and Environment in Samoa. She still plays an integral part in the negotiations as without realising it Anne herself speaks the UN climate negotiation language, bantering in acronyms and talking the 'climate change technical talk'.

"It helps if you read up and know your stuff, a lot of research, understanding and engaging, you are never too old to learn! Know your stuff, step out there and give it a go!" 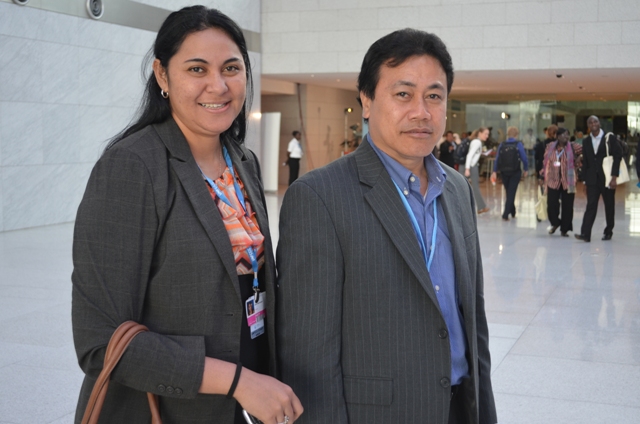 Anne has mastered the skill of being able to feel at home in the international climate change arena, as well as maintaining her strong link with Samoa to ensure climate change action on the ground nationally, the proof is in the second national communications report tabled to the UNFCCC from Samoa, a document which required nationwide consultations with many different levels of Samoa society. She pays tribute to her mentors who have helped guide her at this level – Taulealeausumai Laavasa Malua,Tuuu Ieti Taulealo and Ambassador Ali'ioaiga Feturi Elisaia, her fellow delegation members at the UN Climate negotiations.

Anne Rasmussen has found her feet at this international arena.

Attending the UN climate talks is stressful and challenging with each meeting circumstance being unique, however Annie has remained true to herself, she has not attempted to camouflage into the negotiations process by adopting the hard line approach in the corridors. Nor has she shirked responsibility and gotten lost in the thousands of people attending the conference just cruising by. She has maintained her Samoan sense of self; follows the negotiation thread she is charged with, speaks out when needed and always offers a friendly smile and sound advice to others – remaining humble this whole time.

Writing this article has been a challenge in itself, as Anne wanted to downplay her achievements in the climate change process, both nationally and internationally.

The best gem from this hidden gem is the final words she imparts in this interview that sums up how united the Pacific is at the climate negotiations, rallying together for survival.

"Having faith in the sovereign Lord helps me overcome my fears. Making friends and the right kind of friends....making close friends in this process and my faith that is what helps one survive."