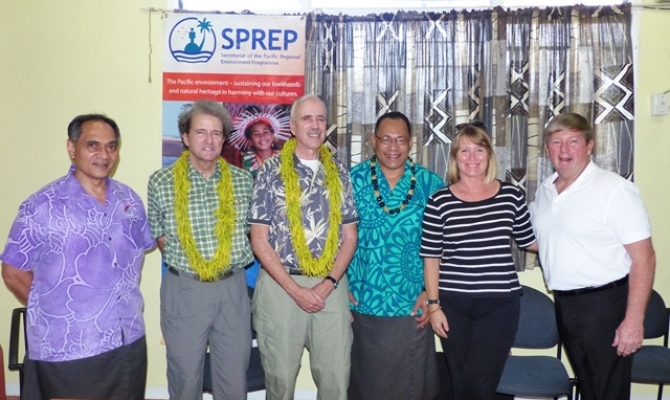 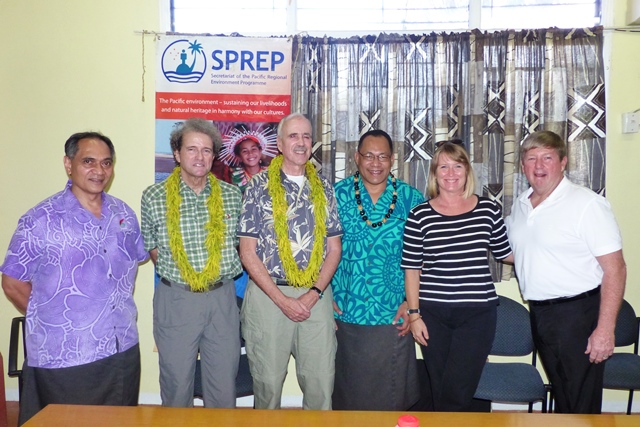 After the swearing in of Mr Sidle and Mr Leichtner, the Deputy Director General of SPREP also welcomed the volunteers.

"It is momentous for SPREP making history having Peace Corps volunteers strengthen the partnership between SPREP and the US government," said Mr Kosi Latu, Deputy Director General of SPREP.

"This relationship has grown steadily over the last year and a half, which included Yale students who worked as interns at SPREP for three months at a time, which indicates the commitment the US government has made towards this relationship."

Mr. Robert Leichtner will be the Contracts Adviser within the Environmental Monitoring and Governance Team. He holds a Juris Doctor degree from Harvard Law School and a Bachelor of Arts in Social Psychology from Harvard College.