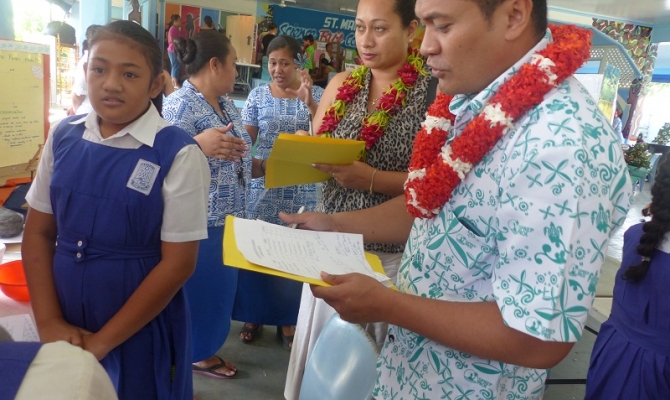 General News
Representatives from the Secretariat of the Pacific Regional Environment Programme (SPREP) were invited to judge the annual Science Fair at the St Mary's Primary school hall in Savalalo, Samoa.  The hall was awash with colour and busy activity as the students set-up their displays and tested their subject matter on each other, ready to recite to the judges.

Every year each of the senior students prepares a display board and experiment to showcase their work based on a theme from their science curriculum. This year's main theme was climate change and junior students were also invited to take part.

"It's important for juniors as well, to participate as they are learning science right from the beginning of their school life.  So we thought we should include them in the Science Fair, with more simple displays of the science they are currently learning in the curriculum" said the Principal, Sr Masela Tenisio. "We have held a Science Fair every year for over ten years now. Our objective is to foster an interest in science. In preparing their displays, the students are actively engaging in science," she said.

Mr Peniamina Leavai, SPREP's Adaptation Planning Officer for the Pacific Adaptation to Climate Change Program (PACC) was one of the judges along with Ms Sailele Mata'afa and Ms Moanalisa Ete from the Ministry of Natural Resources and Environment (MNRE) and Ms  Julian Wong Soon from the Scientific Research Organisation of Samoa (SROS). 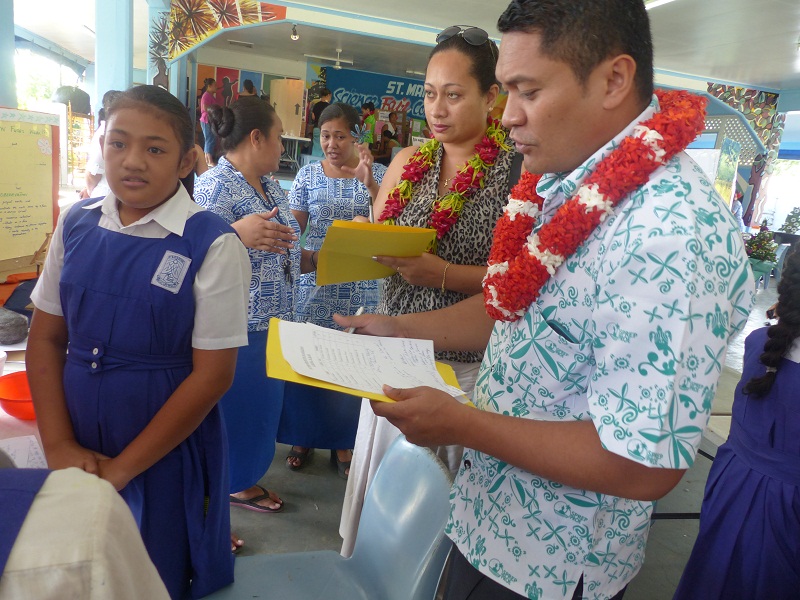 Mr. Peniamina Leavai during the judging of Years 7 and 8 projects


"I covered judging of Years 7 and 8 and I must say I was taken aback by some of the projects by the students, the variety of projects, the depth of knowledge they held in demonstrating their projects," said Mr Leavai. "The winners were a team of two young, energetic and smart young women who had prepared an exhibition on water filtration.  The demonstration and their dreams of working on water programs in Samoa were excellent.  Second place was awarded to the 'impact of acid rain on crops' project, who did a fantastic presentation," he said.  "I enjoyed the fair in that all were excellent and scored high in the 90th percentile, although I did note some confusion between the ozone layer and climate change. Overall I enjoyed seeing the enthusiasm and vision of the students through their projects and their passion for addressing climate change and the associated problems that come with it," he added.

Some of the topics covered by the students included deforestation, sea level rise, erosion, pollution, waste management, recycling, agro forestry, global warming, and protecting the environment, and how they are affected by climate change. 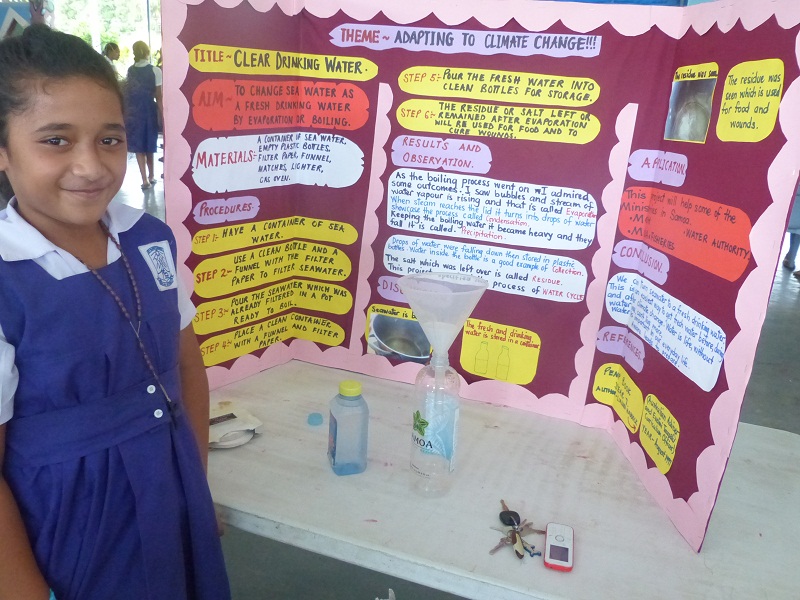 One of the participants of the Science Fair standing next to her project.


Sr Masela said that they always invite judges from SPREP, MNRE and SROS so that these organisations can see the work their students are doing, as well as check the students' displays for accuracy of scientific information. She also said that without the support of the parents, they would not be able to host such a successful science fair.  She also thanked SPREP for the donated tee shirts, recyclable bags and various educational resources which were used as prizes for the students.