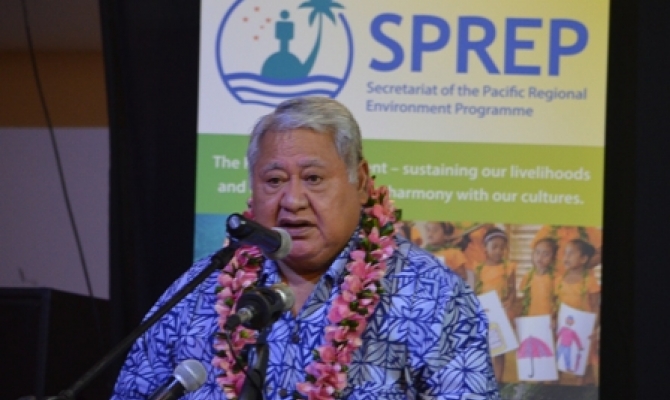 21 September, 2015, Apia, Samoa, 26SM - The Twenty-Sixth SPREP Meeting of Officials was opened by the Prime Minister of Samoa, Hon. Tuilaepa Lupesoliai Aiono Sailele Malielegaoi on Monday evening.  This opened the three days of discussions of the work of the Secretariat of the Pacific Regional Environment Programme (SPREP), the Pacific region's environment organisation.

"Without a well-managed and healthy environment we will not achieve sustainable development in Samoa or any other Pacific island country," said the Prime Minister during his opening statement. 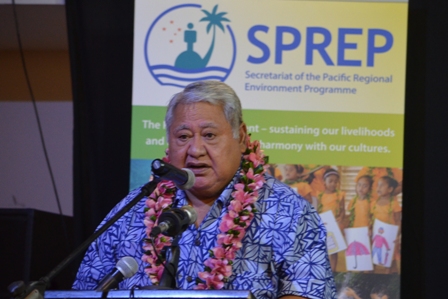 Samoa announced their additional voluntary host country grant contribution of SAT50,000 in recognition of the benefits' of SPREP's work in addressing the environment concerns of the Pacific region including Samoa.

"The Government of Samoa has been pleased to partner with SPREP on many programmes over the last 22 years," said the Prime Minister.

"But we must not rest on our laurels as the challenges ahead for our Pacific environment are many and varied and the role of SPREP has never been more important. I urge SPREP members, donors and partners to get behind and support our regional home grown environment agency."

The SPREP agreement came into force in 1993 marking 22 years since SPREP was established.  2014 was a significant milestone with the first ever SPREP programme and project staff appointed outside of SPREP Headquarters with SPREP staff placed in the Marshall Islands, Federated States of Micronesia and the Solomon Islands.  Staff has also been located in Fiji and Vanuatu since 2015.

"SPREP has grown since 1993 but so have the environmental challenges facing our region," said Mr. David Sheppard, Director General of SPREP. 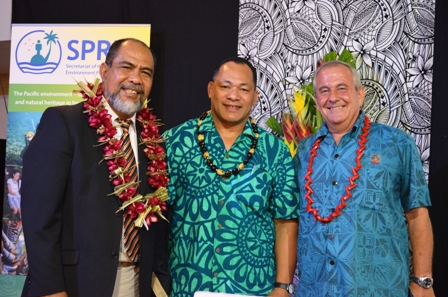 "The spirit of developing "Pacific solutions to Pacific problems" runs through many of the programmes at SPREP which emphasise that "every action counts.""

SPREP has helped Pacific Countries and territories to adapt to climate change and has also significantly increased support for Pacific island members over the last year in the management of waste, particularly hazardous waste, biodiversity and environmental monitoring and governance.

"We have a busy week ahead of us with many matters of pressing importance for our region.  We look forward to benefitting from your collective wisdom and guidance as we move forward," said Mr. Sheppard.

Over 150 participants are taking part in the SPREP Meeting including 24 of the 26 SPREP Members and over 15 partner organisations.

The Twenty-Sixth SPREP Meeting of Officials is being held at the Tanoa Tusitala Hotel in Apia from 22 – 24 September.