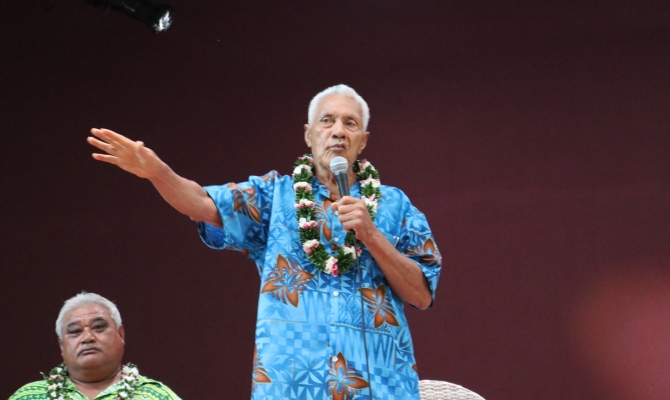 WARNING: This story may cause emotional distress.

The PRiMO has brought together over 150 delegates to channel efforts towards common goals to build community resilience in American Samoa, this includes looking at lessons learnt from past disasters with a special panel.

The 2009 tsunami was generated by an 8.1 magnitude earthquake which occurred 120 miles southwest of American Samoa. It claimed 34 lives in American Samoa, damaged multiple properties, and caused millions of dollars in damages.

Maluolefalealataua Ropati Opa, pulenu’u of Leone village, recounted the events which unfolded during the morning of the tsunami. Leone was one of the worst affected village in American Samoa.

“I was woken by loud crashes and bangs at around 6:00 a.m. in the morning. It was then that I could feel the ground moving. I went to check what it was and saw that our television set had fallen onto the floor, as well as mirrors and other household items. My wife and I have a little shop in front of our house and all the goods on the shelves were now on the floor!

“I did not know what was happening, so I ran outside to look for my wife. I found her in front of our house, watching the road moving in wave-like patterns because of the earthquake. I looked across the road to the sea and saw that the water was receding!

“The sea had dried up, and from afar I could see the wave starting to build up. It was then that I knew we had to move, but it was too late. My wife and I were caught in the wave and it swept us along with debris about 80 metres back from the beach. I sustained a lot of injuries and had to be taken to the hospital, but I thank God that my wife and I survived when so many other people didn’t.

Maluolefalealataua stated that the village learned from the 2009 tsunami and are now better prepared should another hit. There are two escape routes and assembly points within the village which can be used to escape a tsunami, and the village participate in national tsunami drills which are conducted regularly by the Department of Homeland Security.

Aveao Faausu Fonoti, pulenu’u of Amanave village was saying his morning prayers when he felt the ground shaking. He knew instantly something bad was going to happen, and that there was no time to waste.

“The earthquake was so strong, it felt like my house was going to collapse! I told my kids to run, and I called out to others from our village who had come out to see what was happening, ‘To the mountain! If you want to live, run to the mountain!’

“The waves came almost instantly, and I still remember the last one was the strongest of them all. It was about 10 feet tall and it wiped out houses and trees that were halfway up the mountain.”

In the village of Poloa, the School Principal of the village primary school was hailed for her quick thinking and good judgement, which saved the lives of his young students.

The Principal made a call to close the school and evacuate his students and teachers to higher ground well before an official warning had been issued by the local authorities. Had he waited for a warning; it would have been too late for them.

Mr Uiese Faamolemole of Failolo and Agugulu village said, “I will not talk about times past; I would rather talk about the present. I don’t want to remember the terrible disaster and the destruction it brought with it. I lost seven members of my family to the tsunami, including a child of only four years old. I don’t want to focus on that.

“I, along with the people in my village, are focusing on the present and making sure that we are always prepared and vigilant. We know now what to do should another tsunami hit, we have plans in place on what to do and where to go, so we are ready, and we will not be careless again.”

Similarly, the village of Pago Pago are focusing their energies on ensuring their village is well prepared in the event of a tsunami.

“Pago Pago is grateful to the Department of Homeland Security for the warning systems that have been put in place, as well as the constant tsunami drills that are carried out. These ensure that we are well prepared the next time a tsunami occurs, and that we are more resilient should these types of events happen again.

“The tsunami that occurred ten years ago was a tragic time for our country, but we are stronger because of it.”

The special panel hearing the stories of the Pulenu’u was held on Day one of the PRiMO.  Over the course of the two days, breakout groups will also be held in the key theme areas of infrastructure, health and social services, housing, natural and cultural resources as well as economic recovery seeking input on resilience from PRiMO meeting participants to help guide pre-disaster recovery and long-term disaster recovery planning. - #ASPRiMO19

The Pacific Risk Management `Ohana (PRiMO) Conference is being held from 24 – 26 September 2019 at the American Samoa Community College in Pago Pago in American Samoa.  For more information on PRiMO please visit https://coast.noaa.bov.primo/conference/ or https://primto2019.uhtasi.org/ 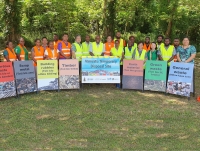