Replanting and land rehabilitation training for farmers in Dreketi, Fiji 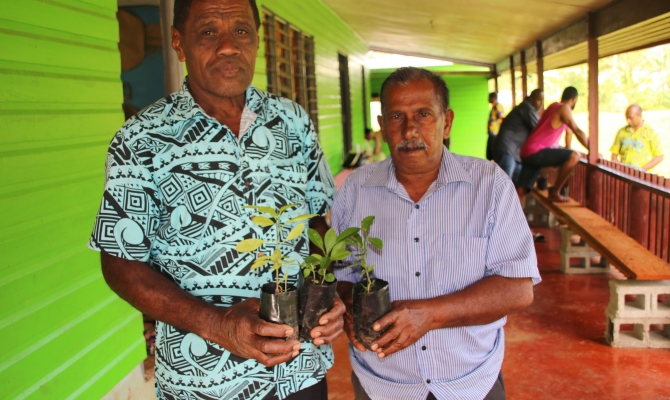 In September, selected farmers from within the Dreketi River Catchment in the districts of Dreketi,  Seaqaqa, Macuata, Sasa in the province of Macuata participated in an intensive three-day training activity as part of efforts to improve the health of the Dreketi River and Fiji’s Great Sea Reef. A section of the Great Sea Reef, known as Qoliqoli Cokovata, has been designated a Ramsar site (under the Ramsar International Convention on Wetlands) and is Fiji’s first marine area designated as a ‘wetland of international significance requiring protection and management’.

The Dreketi Catchment Sustainable Land and Forest Management Training was held in Naravuka Village from 25 to 27 September and focused on raising farmers’ understanding of the significance of the Qoliqoli Cokovata and the role they play in its protection through improving their farming and land management practices and reducing run off into the Dreketi River.

The training activity was organised by the Fiji Office of the World Wide Fund for Nature (WWF-Pacific) with funding support from the Secretariat of the Pacific Regional Environment Programme through the Pacific Ecosystem-based Adaptation to Climate Change (PEBACC) project. PEBACC is working with WWF-Pacific to support the broadening of the Qoliqoli Cokovata management plan to include management of land-based activities that impact the Dreketi River Catchment (which drains into  Qoliqoli Cokovata ).

For many farmers, the practice has been to clear the land almost completely and use large amounts of fertiliser in the hope of helping crops grow. This is costly for farmers and has longer term impacts such as water quality problems and river pollution through erosion and run off. A key concern for management of the Qoliqoli Cokovata is the amount of sediment that is discharged from the Dreketi river. High levels of sediment increases the turbidity of the water and reduces its quality. This has a negative impact on marine life such as corals, fish, shellfish and marine mammals.

A significant focus of the training programme was thus on managing land clearing and encouraging rehabilitation of deforested areas to prevent runoff from the land.

27 yaqona, dalo, vegetable and rice farmers from within the Dreketi River Catchment attended the training, which involved a series of discussions and presentations from the Ministries of Forestry, Agriculture and  iTaukei Land Trust Board, SPREP and WWF. Site visits were also held to give  participants a  first-hand look at farms and plantations that are practicing sustainable farming and reaping the benefits. 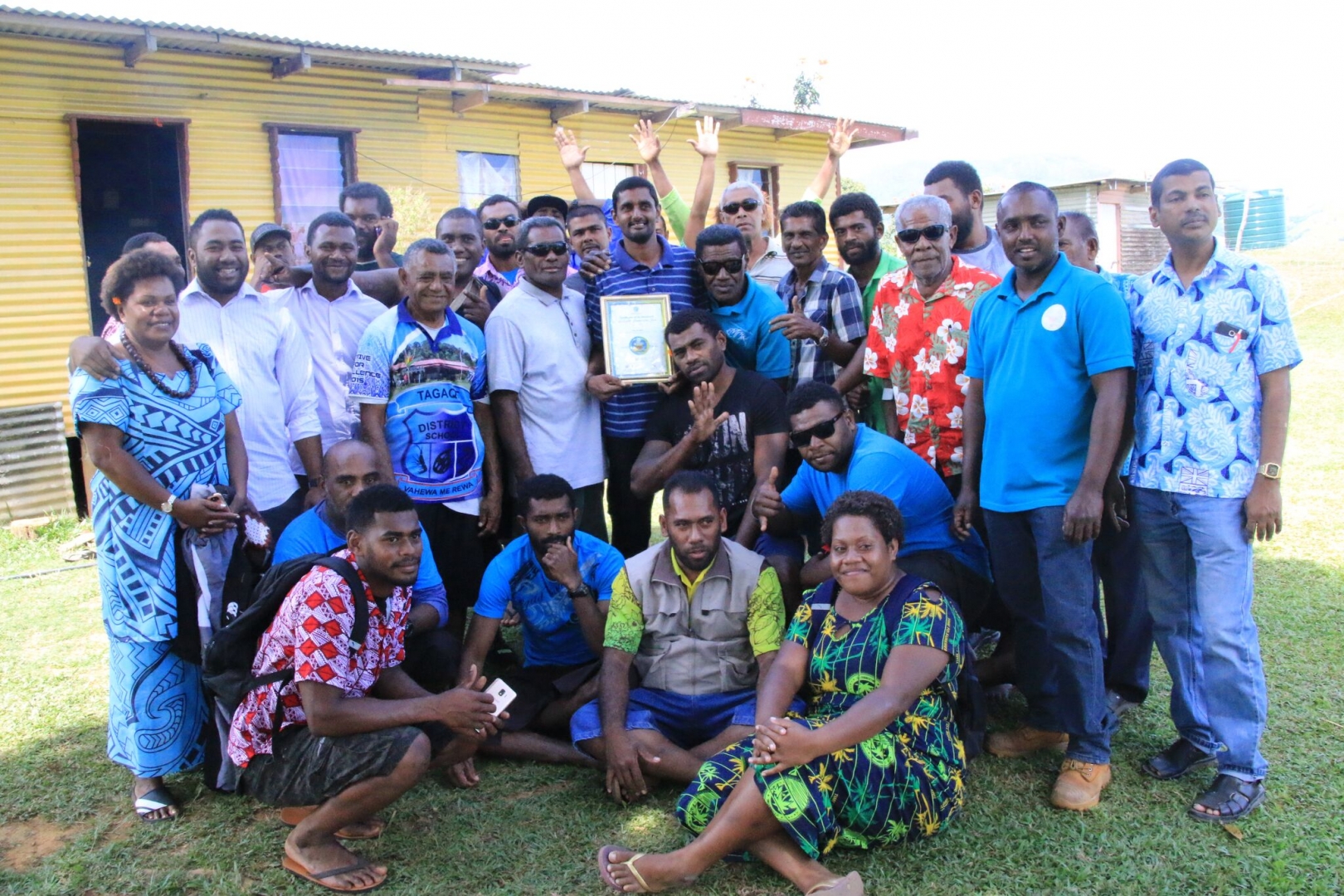 For some farmers, the idea of sustainable land and water management is inseparable from farming. Yaqona farmer, Mr Ku Ping, has been successfully planting yaqona on land considered untenable for the crop. He attributes his success to his careful use of the water on his land and he advocates replanting as part of this approach. He has set up an irrigation system on his 17 hectare farm so that he can monitor its activity and watering is only done every 2 days for an hour. Mr Ping understands the link between trees and water and advocates bush regeneration to help keep the water resources on the land intact. The practice of course, also prevents runoff.

Says Mr Ping, “I challenge all farmers, when you clear the bush or trees, make sure you replant – it is your responsibility!”

Discussions raised the reverse issue of sedimentation and its impact on farmers themselves, The rice farmers in Dreketi raised concern on the amount of silt deposited from the nearby Dreketi bauxite mine. The silt blocks the culverts and water canals that irrigates water into the rice fields. The amount of silt in the irrigation system affects farmers the most during the dry season when the water level in the main stream drops. This in turn affects their rice production.

The workshop also discussed a process for identifying Community Land Care Champions and establishing a Dreketi Community Land-Care Group. WWF is in the process of profiling the farmers and their farms to identify those best placed to be part of the land-care champions.

“These Champions will be used as role models to promote the use of SLM and SFM Practices in Dreketi to reduce impacts and incidences of unsuitable farming practices that have detrimental effects   on rivers and streams and subsequently the Great Sea Reed,” says GSR Programme Manager, Mr Alfred Ralifo.

In closing the three-day workshop, Director of Forestry Northern, Mr Moape Lotawa stressed the role everybody has in ensuring the protection of the Dreketi Catchment.

“The catchment  is everybody's responsibility - all the ministries and stakeholders and farmers and communities need to hold hands and address this issue [and] we need to communicate with each other and identify responsibilities to take on.”

The training programme is the first step in paving the way for a coordinated and targeted approach to protection of the Great Sea Reef. A separate training for selected sugar cane farmers within the Dreketi river catchment will be done after the cane crushing season.