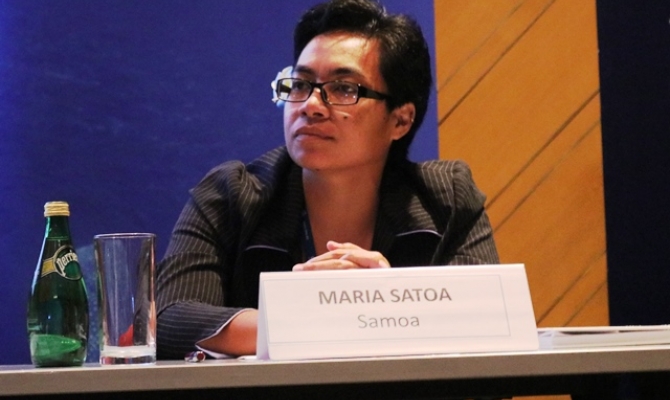 Island and Ocean Ecosystems
24 October, 2017, Manila, Philippines - Samoa and Sri Lanka have called upon 122 countries to unite in a show of international cooperation to protect the blue shark under the Convention on the Conservation of Migratory Species of Wildlife (CMS).

In all, 35 different migratory species have been proposed for protection at the Twelfth Conference of the Parties (CMS COP12) now underway in Manila. One of these is the blue shark, the world's most heavily caught and traded shark, with an estimated take of 20 million animals each year. 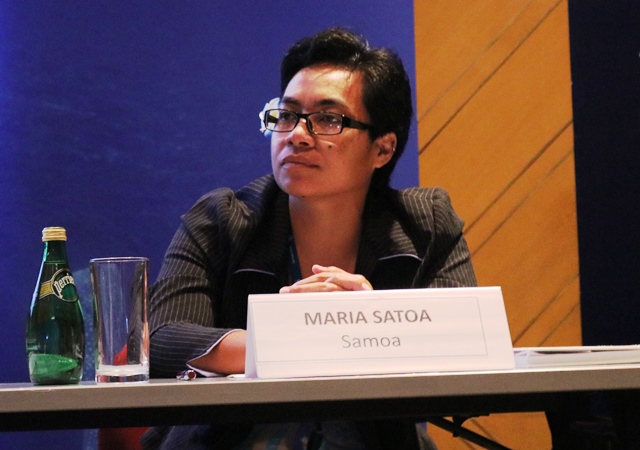 "The conservation status of the blue shark, its migratory nature and the lack of global management make this exactly the type of species CMS was designed to help protect from overexploitation," said Ms Maria Satoa of the Ministry of Natural Environment and Resources of the Government of Samoa.

"There is no formal management or binding, impactful international co-ordination to ensure sustainability – CMS Appendix II listing can help deliver that action in the years to come."

Standing before a full room at a special event during the CMS COP12, Samoa spoke of the significance of the sharks in the Pacific, highlighting why blue sharks should be protected.

"Sharks are an important part of our culture, they are symbolic features in our songs and artefacts, and traditional tattoos. We have their patterns on our clothing and they are part of our traditional proverbs," said Ms Satoa.

"Sharks also play a crucial role in helping to maintain the health of our reef and coral habitats, bringing a positive impact on our commercial fisheries including our tuna stocks."

The blue shark proposal by Samoa and Sri Lanka also calls upon the CMS Parties to show their commitment towards a proactive approach to conservation given the blue shark is a highly reproductive species birthing on average 34 pups every two to three years.

Fisheries data show that landings of blue sharks tripled between 1998 and 2011, increasing from four to 14% of global shark landings. According to the IUCN Red List of threatened species, the blue shark has a Near Threatened status globally, and is Critically Endangered in the Mediterranean.

Before the Samoa and Sri Lanka proposal was presented to the COP it was reviewed by the CMS Scientific Council who determined that the blue shark fully meets all the CMS listing criteria in terms of both conservation status and migratory nature. The Scientific Council noted in its discussions that a fish species would not necessarily have to be overfished to meet these criteria.

If approved by the CMS COP12, this will be the only framework or plan in place to sustainably manage and conserve blue sharks globally. 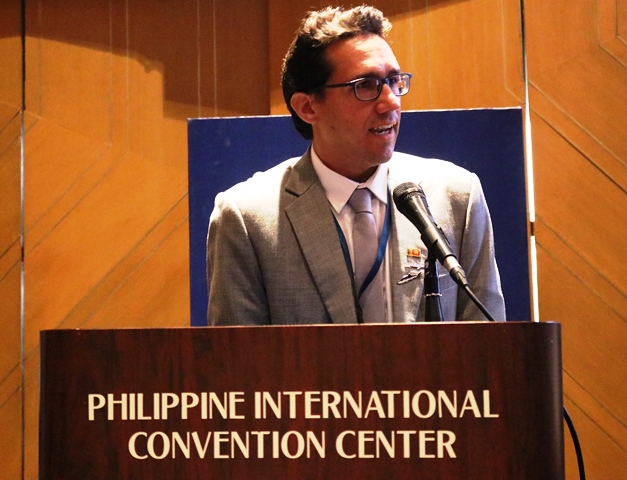 Mr Daniel Fernando of the Government of Sri Lanka

"We are merely custodians of the land and ocean and therefore we have a responsibility to ensure that any fishing taking place is sustainable - yet for blue sharks this is not the case. There are no management frameworks or plans in place whatsoever, no protection through the Convention on International Trade in Endangered Species of Wild Fauna and Flora (CITES), or management measures through the Regional Fisheries Management Organisations to ensure they are harvested sustainably," said Mr Daniel Fernando of the Government of Sri Lanka.

Now in the hands of the CMS COP12, the success of this proposal will be made clear by the end of the event on Saturday 28 October when the Conference ends.

Ms Satoa and Mr Fernando presented at a special event during the CMS COP12 titled "Leading Shark Conservation: Shark Species Proposals for CMS", featuring other shark proposals submitted for consideration to be listed on the CMS appendices. These included the dusky shark proposed by Honduras, the whale shark by Philippines, Israel and Sri Lanka, the white spotted wedge fish proposed by the Philippines, and the guitarfish proposed by Israel, Mauritania, Togo and Senegal.

The CMS COP12 is held from 23 to 28 October, 2017 in Manila, Philippines. The Pacific islands is part of the Oceania Region which consists of Australia, Cook Islands, Fiji, New Zealand, Palau, Philippines and Samoa. For more information please visit: http://www.cms.int/en/cop12