Side Event: Review of the Action Strategy for Nature Conservation and Protected Areas in the Pacific Islands Region 2008-2012 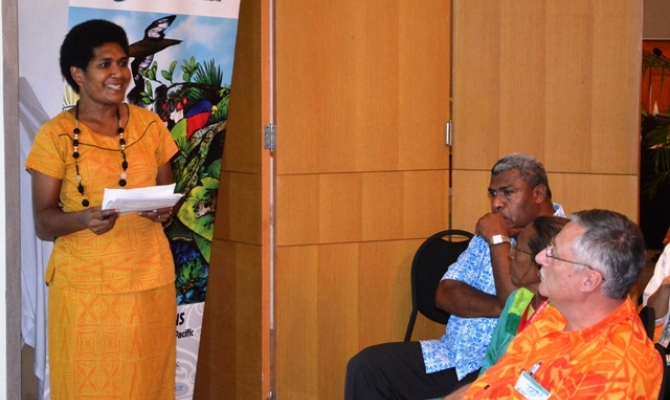 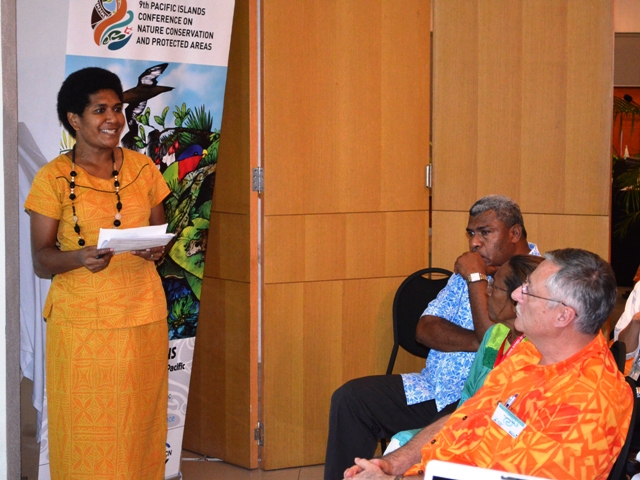 Ms. Eleni Tokaduadua, Fiji presents an update to the room on the preparations of the
9th Pacific Islands Conference on Nature Conservation and Protected Areas

The focus of this side event was to update country representatives and conservation partners on the Action Strategy Review process. The process, led by Peter Thomas of TierraMar Consulting Ltd, began in July, and will culminate in three outputs:

Preceded by the distribution of questionnaires, first to Pacific Island Round Table members and then to country representatives, to gauge stakeholder perception of the current Action Strategy, developed as an outcome of the Eighth Pacific Nature Conference in 2007; the side event brought together conservation partners, SPREP member country representatives, and programme staff to raise awareness of the status of the Action Strategy Review Process, while also preparing stakeholders to contribute to the review process.

Much discussion was generated during the event, with a major point being the format and focus of the next Nature Conservation Action Strategy and it's alignment with priorities outlined in the SPREP Action Plan 2011-2015, and National Biodiversity Strategies and Action Plans (NBSAPs). Similarly, the alignment of the next Action Strategy for Nature Conservation with existing regional and international strategies was also discussed in detail.

" That the Action Strategy is aligned with international agreements is well and good, but it needs to reflect National Priorities and the biodiversity conservation needs of member countries," said Dr Melchior Mataki, the Permanent Secretary of the Solomon Islands Ministry for Environment, Climate Change, Disaster Management and Meteorology.