SPREP 2019 Annual Report to be tabled at Executive Board Meeting 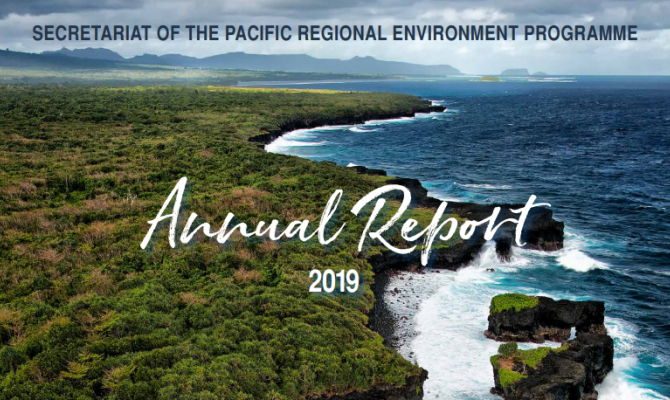 The Secretariat of the Pacific Regional Environment Programme’s (SPREP) 2019 Annual Report has been released, and will be tabled on the first day of the Secretariat’s second Executive Board Meeting (EBM) which will be held virtually this week.

The report, which highlights the growth of SPREP over the past year, and the work done with and for its Member countries and territories, will be presented to the Executive Board members by the Director General of SPREP, Mr Kosi Latu.

Mr Latu says, “This Report highlights some of our major achievements during the year 2019, which was a successful year for the Secretariat, as well as our Member countries and partners.”

Some of the key highlights for the Secretariat in 2019 includes the official opening of the Pacific Climate Change Centre (PCCC) during the 29th SPREP Meeting of Officials in September. The PCCC is a partnership between the Government of Japan and the Government of Samoa, with support from the Government of New Zealand, and will be a hub for climate change information, research, and innovation in the region.

Another major highlight for the Secretariat was the successful coordination of the Moana Blue Pacific Pavilion at the 25th Conference of the Parties to the United Nations Framework Convention on Climate Change (UNFCCC COP25) in Madrid, Spain. The Pavilion was funded by the Governments of Fiji and New Zealand and gave the Pacific a platform and enabled them to have a stronger voice at negotiations during COP25.

Also in 2019, the Secretariat in partnership with the Ministry of Natural Resources and Environment (MNRE) of Samoa, brought about the Greening of the Games initiative during the Samoa 2019 Pacific Games. This initiative, which took place under the “Keep it Clean and Plastic-Free” campaign, saw Samoa host the first ever plastic-free Pacific Games, which helped to avoid more than one million 500-ml single use plastic bottles from being used.

More achievements and highlights from SPREP’s four programmes – Climate Change Resilience, Environmental Monitoring and Governance, Island and Ocean Ecosystems, and Waste Management and Pollution Control – can also be found in the Annual Report.

The 2019 Annual Report is available online and can be downloaded from the SPREP website in English and French. 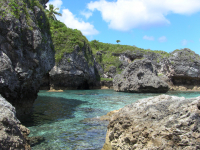