Island and Ocean Ecosystems
6 October, 2017, Malta - The Secretariat of the Pacific Regional Environment Programme (SPREP) and The Ocean Foundation (TOF) signed a Memorandum Of Understanding to commit to co-host three workshops on ocean acidification to benefit 10 Pacific Islands. SPREP and TOF have mutual interests in relation to the protection and conservation of the marine environment, particularly in the areas of ocean acidification, climate change, and integrated governance.

The three workshops focus on Ocean acidification capacity building, a two week workshop for science capacity building including peer-to-peer training and full participation in the Global Ocean Acidification Observing Network (GOA-ON) as well as training on Technology transfer on the GOA-ON in a box lab and field study kits. 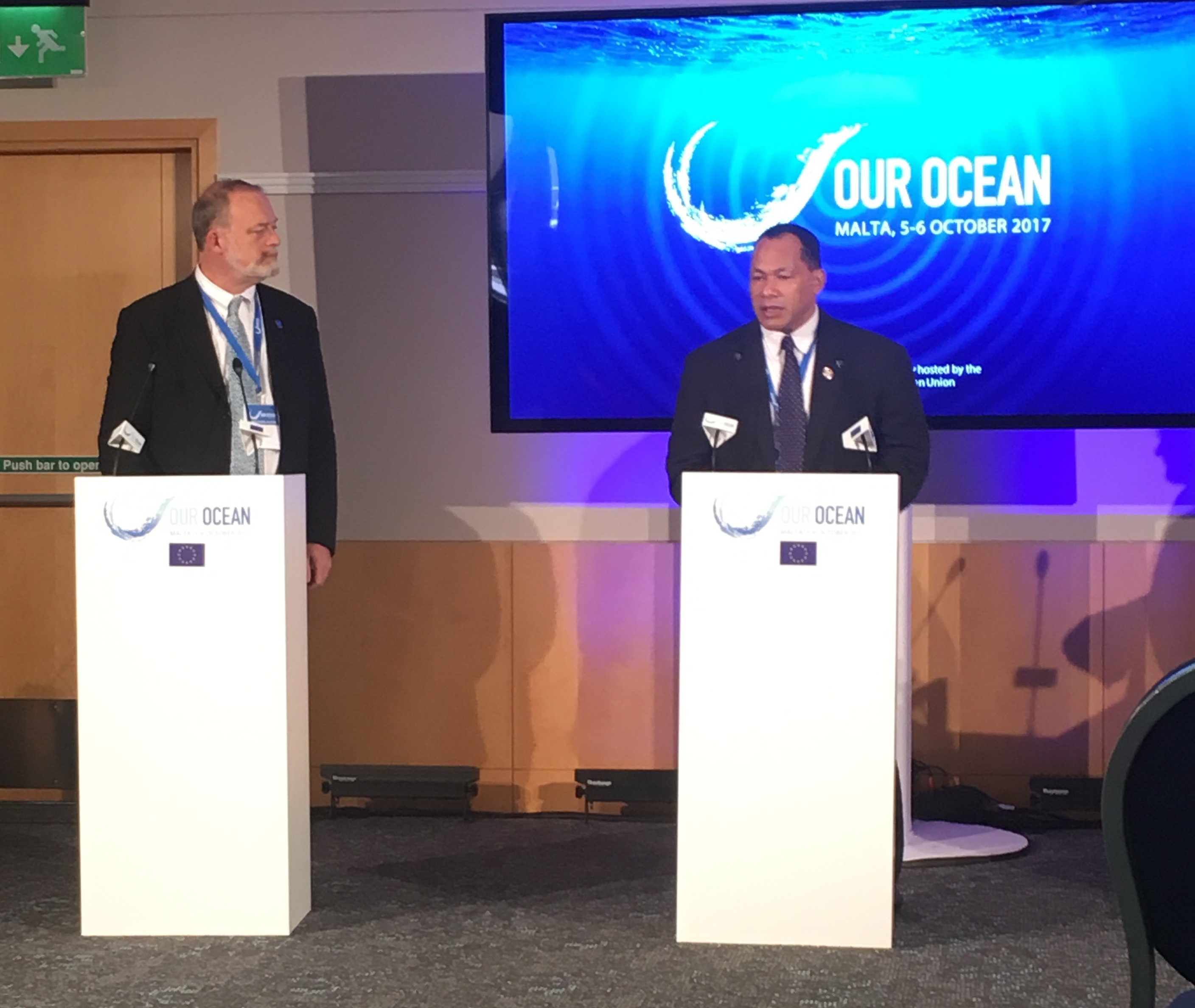 The Ocean Foundation was represented by Mark J. Spalding, its President, "we have a proven global model for sharing tools and building capacity related to measuring and monitoring ocean acidification, as well as crafting policymaking related to research, adaptation and mitigation of ocean acidification. The success of our work requires strong local context, particularly partnership with communities. Our partnership will leverage SPREP's local knowledge and networks with the large ocean states in the Pacific."

"Our partnership is an excellent example of genuine and practical partnerships that will deliver scientific and governance information, tools and capacity for Pacific island scientists and policy makers driven by local needs and solutions that build long-term resilience," said Mr Kosi Latu, Director General of SPREP.

The Ocean Foundation announced a EUR 1.05 million (USD 1.25 million) initiative for the ocean acidification capacity building for 2017 and 2018, particularly for developing nations, which will include workshops for policy and science capacity building as well as technology transfer for African, Pacific island, Central American and Caribbean nations. This initiative, announced in 2016, has been expanded with regard to the increasing funding commitments from public and pivate partners, the number of scientists to be invited, and the number of gifts to be gifted.

The signing took place at the Our Ocean Conference in Malta on 6 October, 2017.