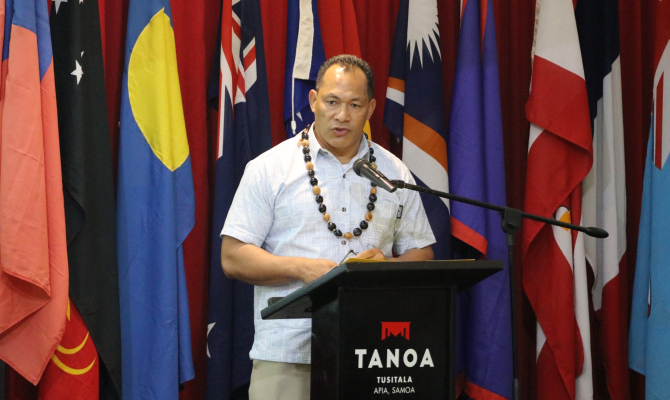 Commemorating over a decade of achievements made, the staff of the Secretariat of the Pacific Regional Environment Programme (SPREP) had a special virtual farewell event for the SPREP Director-General Mr Kosi Latu today.

Over 100 staff came together for the virtual event to extend their appreciation for the hard work of Mr Latu, presenting him with a special award for his outstanding leadership in building resilience across the Pacific island’s region. 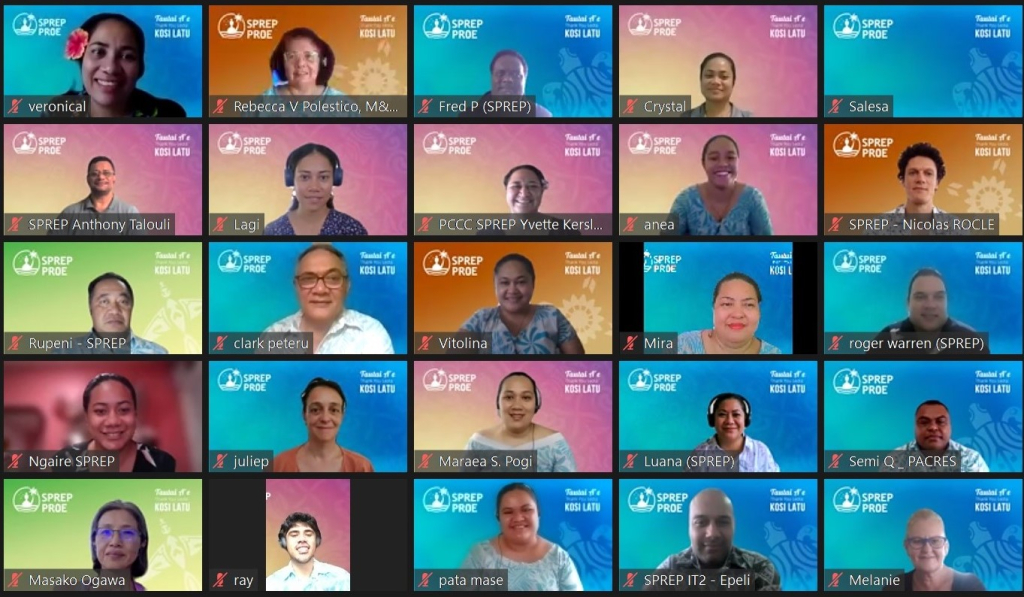 “Words alone cannot express the immense gratitude we have for your service and contribution to SPREP. You have served SPREP and the region well, over and above what was expected of you. You served with humility, passion and dedication because you cared very much for our Pacific people, our environment, and our natural heritage,” presented Ms Easter Chu Shing, Deputy Director-General of SPREP.

“We’ve been very blessed to have you as our Director-General in the last six years. Thank you for sharing your knowledge, your wisdom, your experience, your guidance and your vision which have contributed tremendously to the growth of SPREP as an organisation throughout the last six years.”

As a Director-General, Mr Latu’s management approach with SPREP staff was always a personable one.

Working with his SPREP Team, Mr Latu’s impact has reached across the Pacific islands during his tenure as the Director-General.  In 2016, the SPREP Strategic Plan 2017 – 2026 was completed and endorsed by SPREP Members.  In that same, year, SPREP’s first Green Climate Fund (GCF) funded full-sized project was approved - the 'Vanuatu Climate Information Services for Resilient Development’ project with a total budget of USD 23 million.

In support of SPREP’s role as an Accredited Entity to the GCF and Adaptation Fund, SPREP under the guidance of Mr Latu formally established the SPREP Project Coordination Unit (PCU). In that same year, the first SPREP Adaptation Funded project for the Federated States of Micronesia with a budget of USD 9 million was approved.

SPREP managed its very first Pacific Pavilion in 2018 at the 24th Conference of the Parties to the UN Framework Convention on Climate Change, further managing the COP25 and COP26 Pavilions in partnership with the Governments of New Zealand and Fiji. 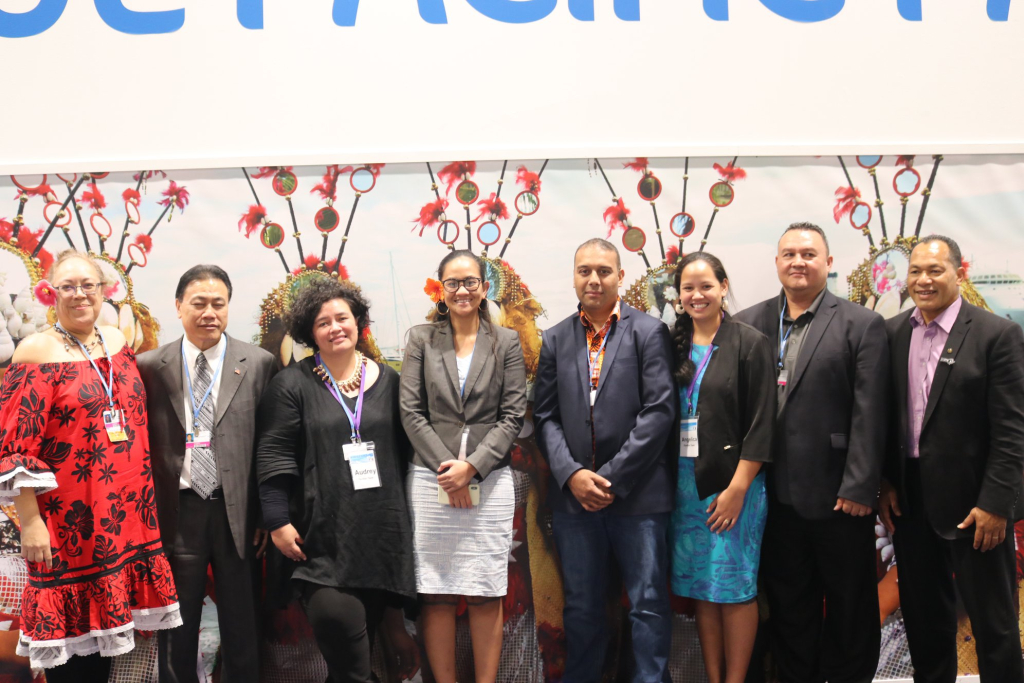 In 2019, the Pacific Climate Change Centre was completed and opened.  This was a proud moment for SPREP and all those that worked towards making this happen with partners the Governments of Japan and Samoa.  It was also in 2019 that Samoa hosted the Pacific Games, for which SPREP was a partner, helping to “Green the Games”.

“Kosi is fond of innovative ideas. He always talks about innovative ways to do our work. Being a strategic leader, Kosi recognised the need for SPREP to digitally transform the way it conducts its business operations. This was part of Kosi’s vision for SPREP going forward,” said Ms Chu- Shing

In 2020 SPREP, like everyone else around the world, was faced with the global pandemic that impacted and changed the way SPREP operated and delivered its services.  The shift to virtual and remote work arrangements became the norm.  With the leadership and perseverance of Mr Latu, SPREP continued to deliver services to Members to the best of its ability while exploring innovative ways to continue these services.

Over this time, SPREP coordinated the largest ever, virtual meeting on Pacific conservation.  The 10th Pacific Islands Conference on Nature Conservation and Protected Areas was hosted by the Government of New Caledonia brought together over 1,000 people on a digital platform to strengthen our way forward for Pacific conservation. 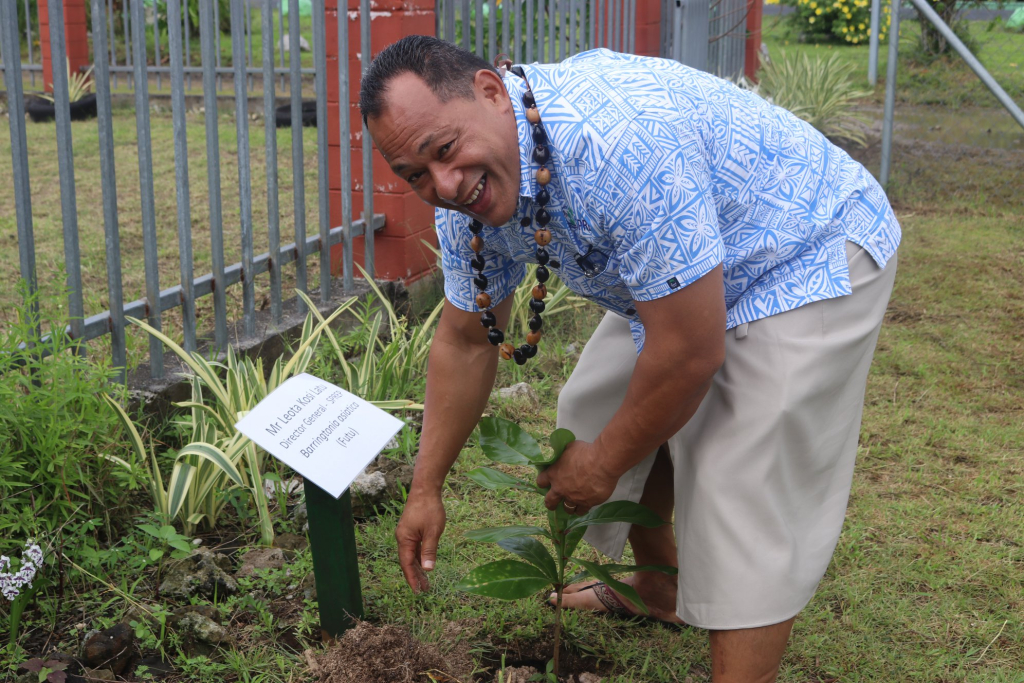 Another key achievement in 2020 was the endorsement of the first-ever People Strategy for SPREP. Mr Latu led the People Strategy process and initiated its implementation in 2021 which involves a wide representation of staff from across the organisation.

“Even though it is sad that you are leaving us, your legacy will continue to live on for many years to come,” presented Ms Easter Chu-Shing on behalf of SPREP staff during the virtual farewell ceremony.

The special staff virtual farewell for Mr Latu saw showcasing of staff videos, photos.  Messages were shared from SPREP staff and partners.  Mr Latu has always managed with an “open-door” policy, making time for the health and wellbeing of staff and their families. 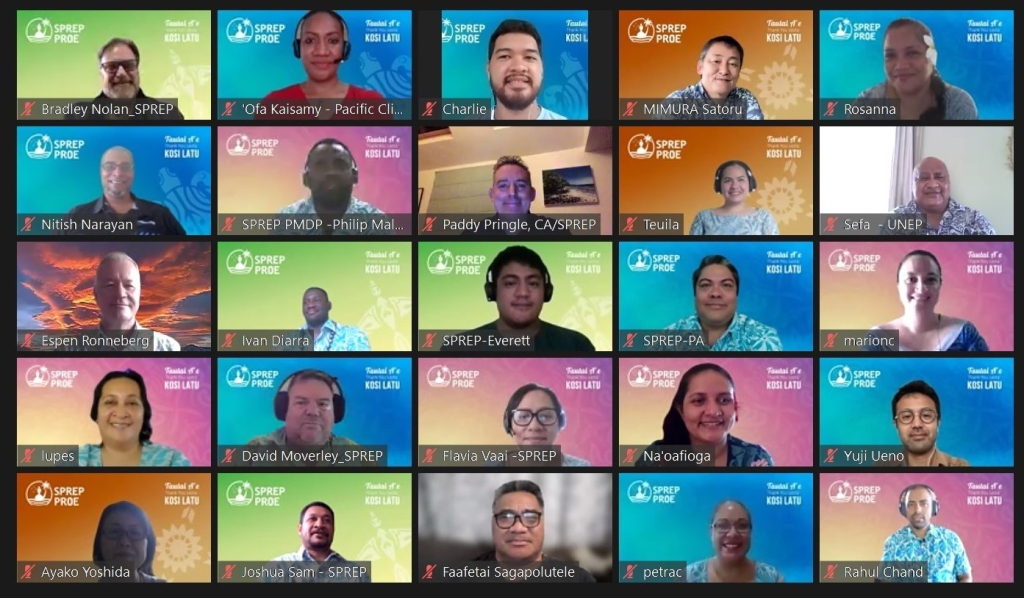 Mr Latu first joined SPREP on 21 July 2008 as Deputy Director-General. In January 2016, he started in his new role as Director-General of SPREP taking over from his predecessor David Sheppard.

“As anyone knows that has worked for SPREP, while you may have left the Secretariat as an organisation, you are always a member of our SPREP Family.  We look forward to seeing Mr Latu again.”

Tofa soifua Kosi, may your next chapter on your journey through life be a memorable one.