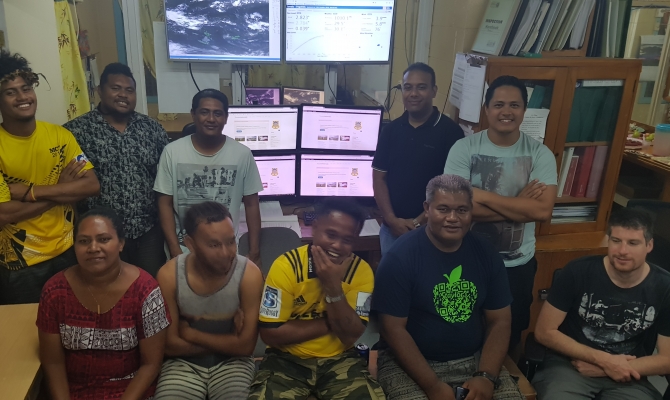 The Tuvalu Meteorological Services is one step closer to launching their new website, thanks to a mission to the small island nation from the Secretariat of the Pacific Regional Environment (SPREP)’s  Information Technology team in early October.

The main objective of the mission was to install hardware which included a new webserver, UPS and Switch which will enable the Tuvalu Met Services to host their new website on the new server. Server administration training was also provided to the Tuvalu Met IT officer.

A two-day training for content publishers and Drupal administrator was also carried out as part of the Tuvalu mission. The training was well attended by seven forecasters and climate officers, including one IT administrator.

Several requests for updates and additional features for the website were received from those who attended the training, and will be part of the follow-up actions to be undertaken by SPREP’s IT team.

The mission was made possible through funding from the Climate and Oceans Support Programme in the Pacific (COSPPac) and the Government of Australia through the Department of Foreign Affairs and Trade.