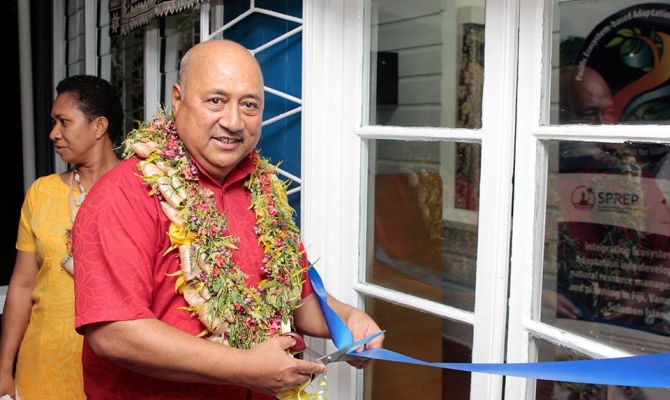 General News
27 July, 2016, Suva, Fiji - The Secretariat of the Pacific Regional Environment Programme (SPREP) has opened a programme office in Fiji continuing growth across the region.

The opening of the office follows the signing of a host country agreement with the Fiji Government last month paving the way for the establishment of a SPREP office in Fiji.

Speaking at the opening ceremony on Tuesday night, Director General of SPREP, Mr. Kosi Latu said "Fiji has been a valued SPREP member since its formation as an independent regional organisation and SPREP is very pleased to be establishing an office in Suva." 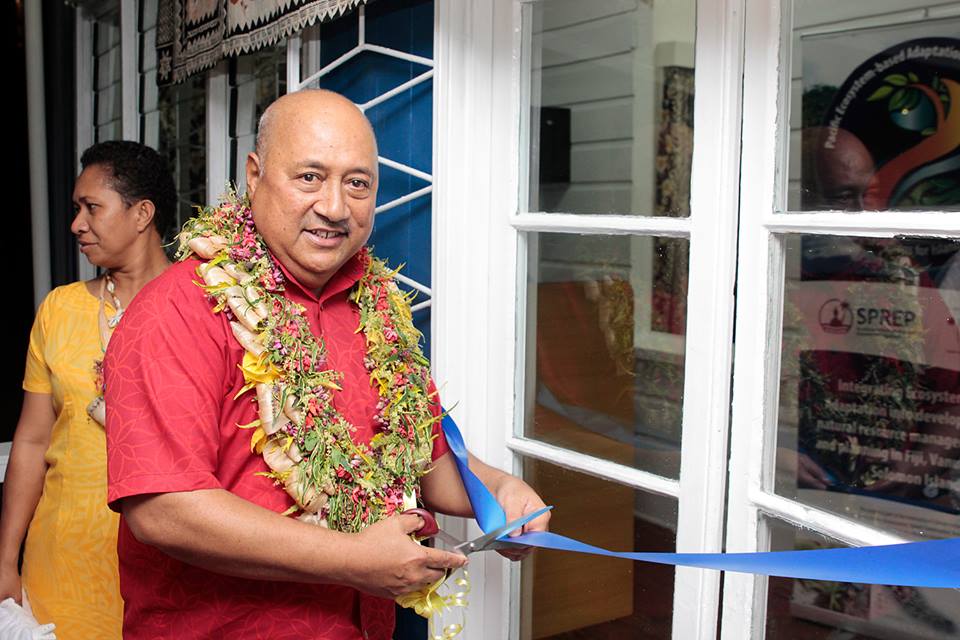 Fiji's Foreign Affairs Minister cutting the ribbon to officially open SPREP’s programme office in Suva, Fiji. Photo: Fiji Government.
"The office that we are opening today is the central office for a 3-country Pacific Ecosystem Based Adaptation to Climate Change (PEBACC) project. However, it will be a resource for all SPREP projects and a much needed base for staff when working in Fiji." Mr. Latu added.

The establishment of the office has been made possible with the support of the German government through the Pacific Ecosystem-based Adaptation to Climate Change (PEBACC) project. 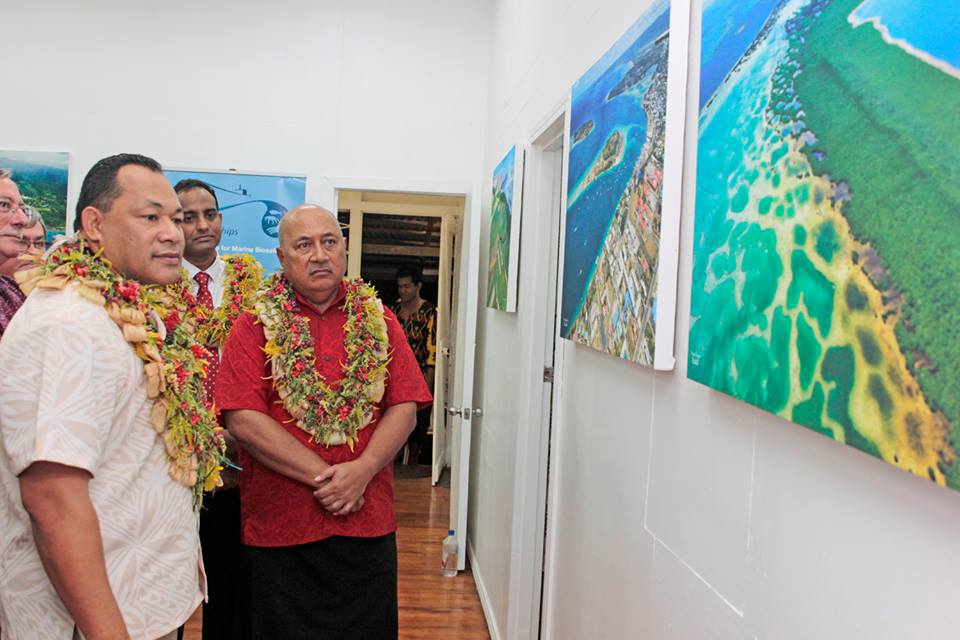 "PEBACC is part of our ecosystem-based adaptation to climate change programme. Well-managed and functioning ecosystems and the services that they provide are essential for maintaining and building national and community resilience to climate change, and this is reflected in most Pacific national climate change policies." Mr. Latu said.

Mr. Latu also took the opportunity to announce to the donors and development partners that the Pacific climate change centre at the SPREP office in Apia is now moving at a steady pace.
"This Friday, the Vice Minister for Foreign Affairs for the Government of Japan will sign a Note of Exchange with the Government of Samoa to formalise the next steps which include the actual beginning of construction around June of next year. The Pacific Climate Change Centre will be a climate hub of excellence which will be a conduit and catalyst for coordinating climate change activities in the region." Mr. Latu said. 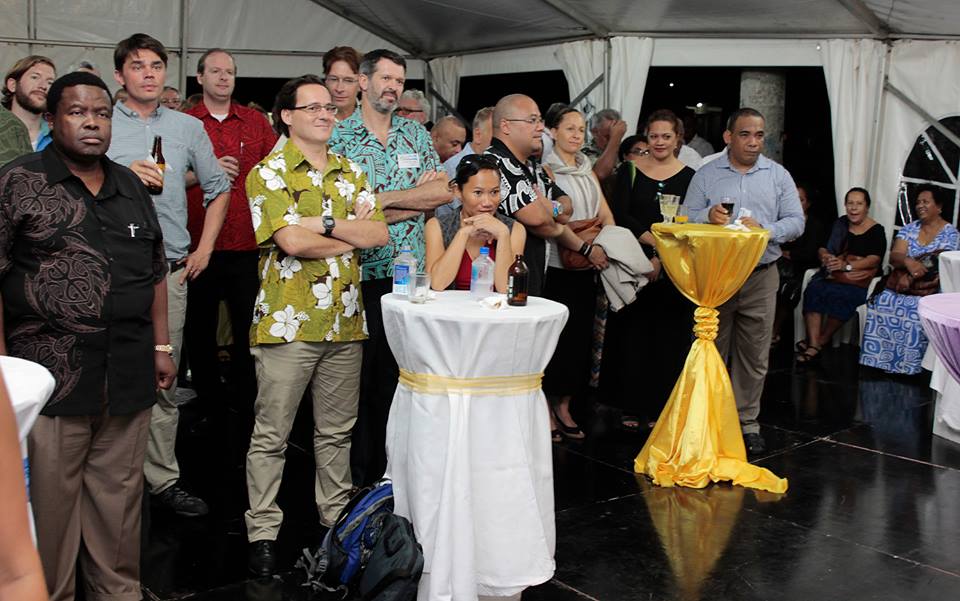 Fiji's Foreign Affairs Minister, Honourable Ratu Inoke Kubuabola, the chief guest at the ceremony reiterated Fiji's concerns for climate change and welcomed the roll out of the PEBACC project in Fiji.

"We value the role that SPREP plays in helping us to place our development on a more environmentally sustainable pathway. We also acknowledge SPREP's leading role in the region in the field of climate change. At the signing of the Paris Agreement in New York in April this year, the Hon. Prime Minister Bainimarama declared climate change as the single largest developmental challenge for Fiji and other small island developing states."

"We are glad that the PEBACC project will strengthen climate change adaptation planning in seeking to harness the potential of healthy ecosystems and biodiversity to strengthen social and ecological resilience. With changing climate patterns as recently seen with Tropical cyclones Winston and Pam, we need to appreciate and recognise the role played by our natural ecosystems such as our coral reefs, forests and mangroves in strengthening our resilience." Hon. Ratu Kubuabola said. 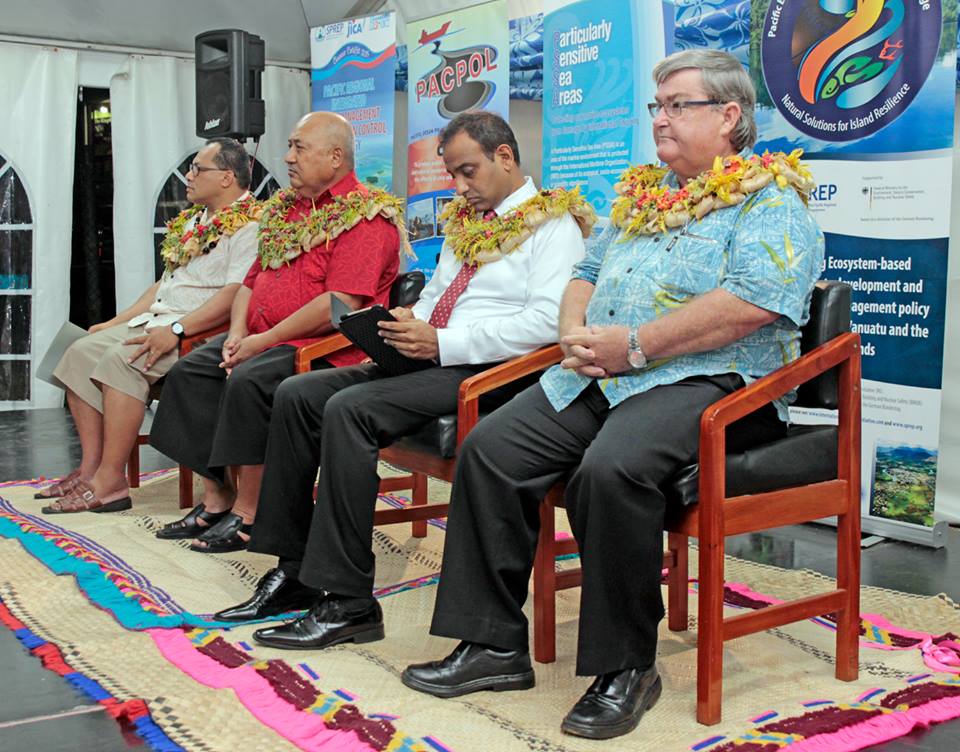 The German Honorary Consul based in Fiji, Mr Dave Aidney in his remarks on behalf of the German Government said "SPREP and the Pacific Community (SPC) are long standing partners of Germany's climate, energy and development policy in the South Pacific. And we value this partnership and their level of cooperation.

Over 120 officials from foreign embassies in Suva, development agencies and the Fiji Government including the Permanent Secretary of the Ministry of Local Government, Housing & Environment, Mr. Joshua Wycliffe were present at the occasion to witness this important milestone for sustainable environmental development in the region. 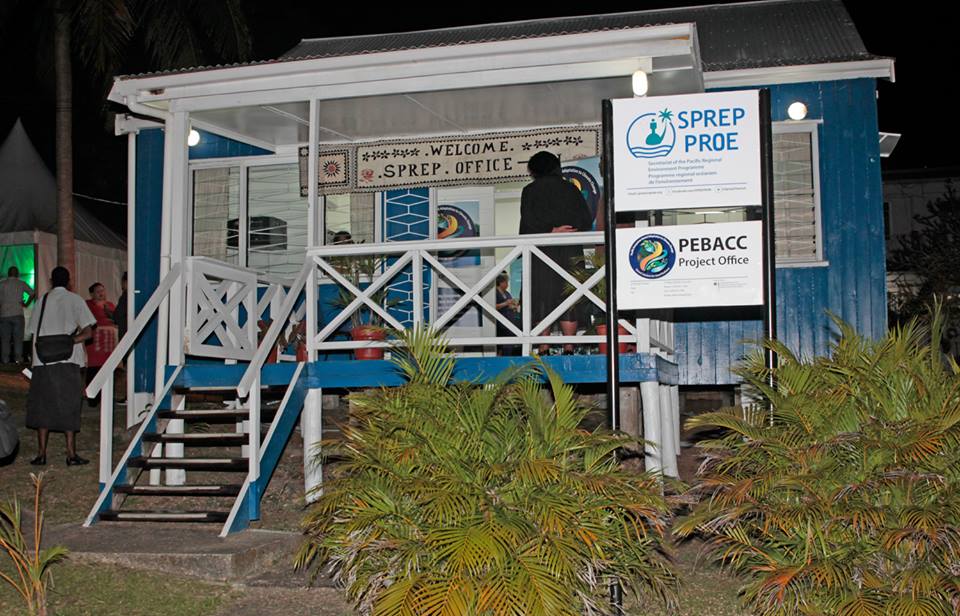 The PEBACC project focusses on strengthening and protecting the role of natural ecosystem services to enhance resilience with activities in Fiji, Solomon Islands and Vanuatu. The 5-year project which began last year is funded by the German Federal Ministry of the Environment, Nature Conservation, Building and Nuclear Safety (BMUB) and is implemented by SPREP in partnership with the governments of Fiji, Solomon Islands and Vanuatu.

The Suva office will support the three-country project, and complement the field offices in Solomon Islands and Vanuatu.

SPREP is the primary intergovernmental environmental organisation working in the Pacific. Its mandate is to promote cooperation in the Pacific region and provide assistance in order to protect and improve its environment and to ensure sustainable development for present and future generations.