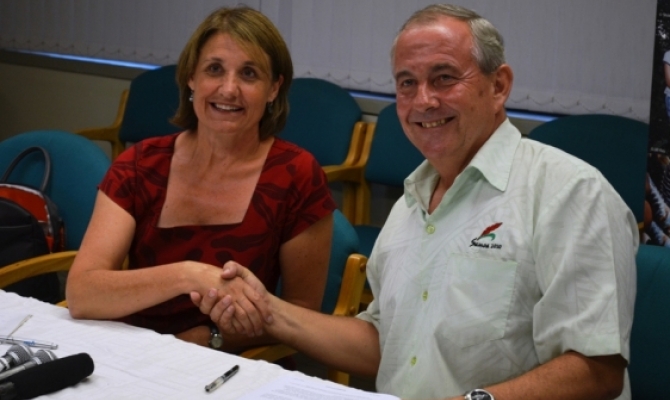 25 February 2013 - SPREP and the New Zealand Government have today announced a new partnership to support Pacific Island countries in their efforts to manage their environment and ensure sustainable development. 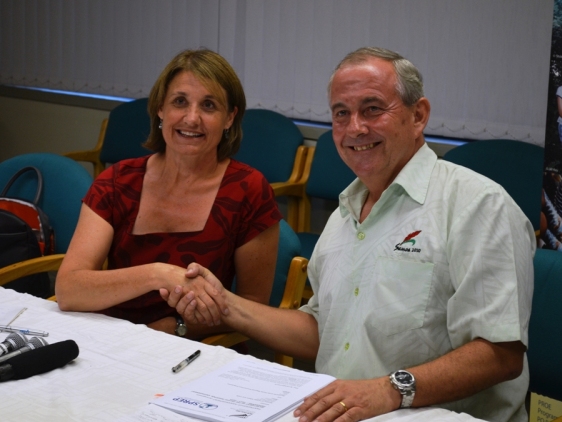 SPREP Director General David Sheppard and High Commissioner Jackie Frizelle today signed an NZD 4.5 million dollar agreement for financial support from 2013 to 2015. This will support practical programmes in Pacific Countries which will improve the management of solid waste, protect biodiversity while encouraging economic development through eco-tourism and assist Pacific countries in responding to climate change.

New Zealand is a founding member and development partner of PREP, a relationship spanning 20 years of support and partnership.

SPREP is a Pacific regional inter-governmental organisation charged with the protection and sustainable management of the Pacific island region's environment.

The funding support from New Zealand will help implement the SPREP Strategic Plan 2011 – 2015 in an efficient manner, responding to the priority needs of SPREP member countries both nationally and at a regional level.

Some of the key work SPREP undertakes in partnership with New Zealand agencies include programmes on Pacific marine turtle conservation and the production of the Island Climate Update, amongst other activities in the Pacific.

The signing of the agreement took place at the SPREP Headquarters in Apia, Samoa.