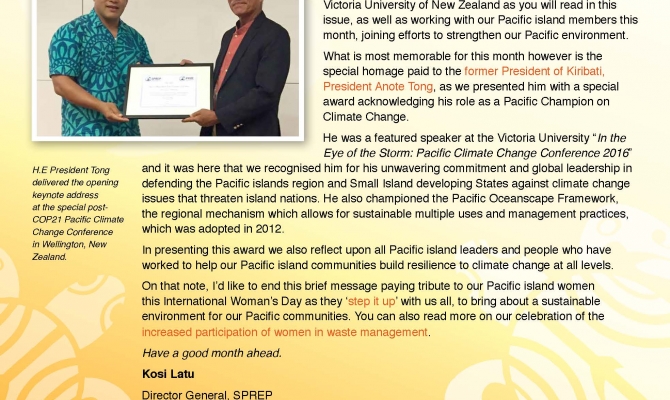 The March issue of the SPREP Tok is now available online, the monthly newsletter of the Secretariat of the Pacific Regional Environment Programme (SPREP) features an update of news and events happening from SPREP for the month of February. 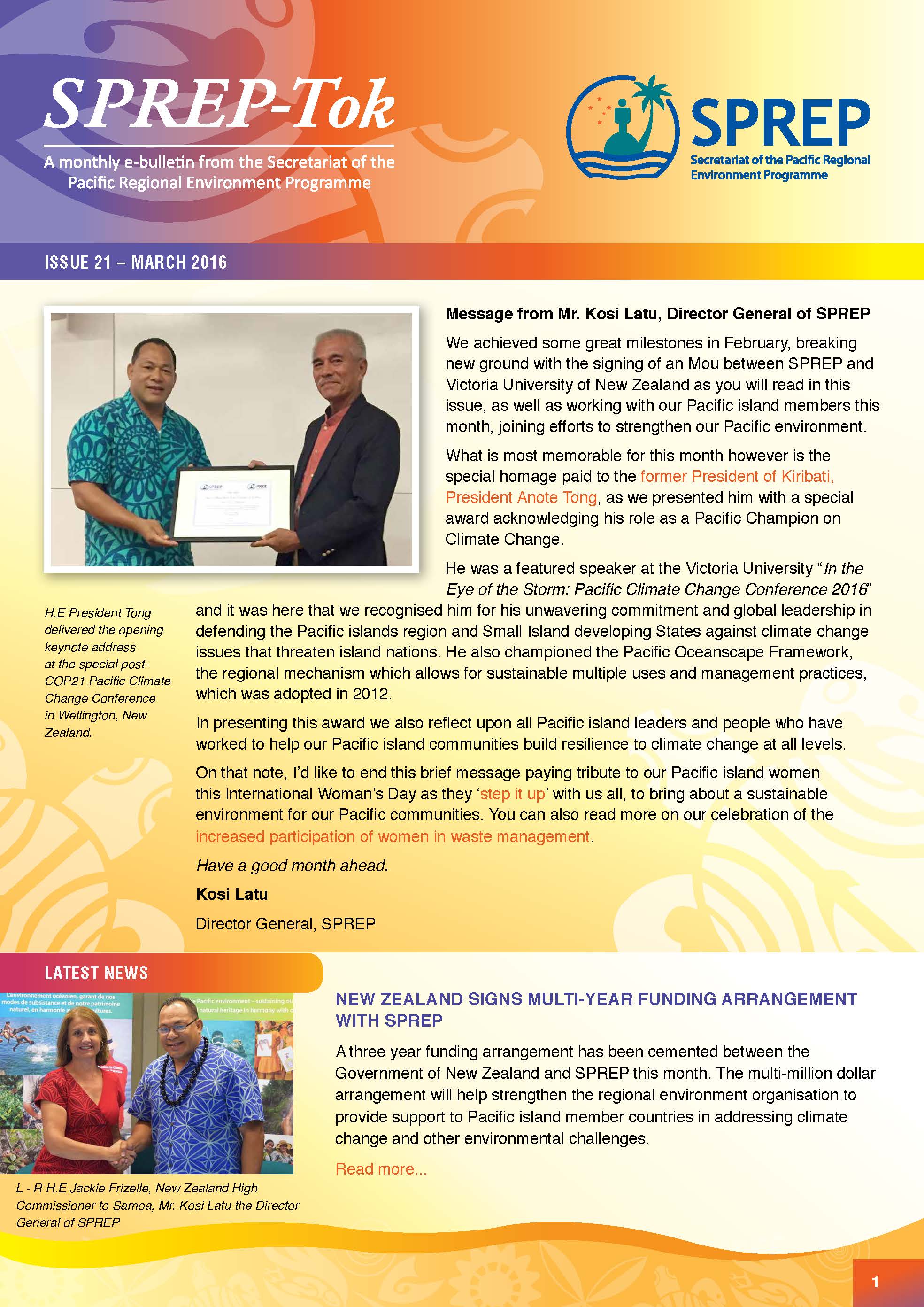 SPREP Tok Message from Director General of SPREP, Mr. Kosi Latu
"We achieved some great milestones in February, breaking new ground with the signing of an Mou between SPREP and Victoria University of New Zealand as you will read in this issue, as well as working with our Pacific island members this month, joining efforts to strengthen our Pacific environment.  What is most memorable for this month however is the special homage paid to the former President of Kiribati, President Anote Tong, as we presented him with a special award acknowledging his role as a Pacific Champion on Climate Change.

He was a featured speaker at the Victoria University "In the Eye of the Storm: Pacific Climate Change Conference 2016" and it was here that we recognised him for his unwavering commitment and global leadership in defending the Pacific islands region and Small Island developing States against climate change issues that threaten island nations. He also championed the Pacific Oceanscape Framework, the regional mechanism which allows for sustainable multiple uses and management practices, which was adopted in 2012.

In presenting this award we also reflect upon all Pacific island leaders and people who have worked to help our Pacific island communities build resilience to climate change at all levels.

On that note, I'd like to end this brief message paying tribute to our Pacific island women this International Woman's Day as they 'step it up' with us all, to bring about a sustainable environment for our Pacific communities. You can also read more on our celebration of the increased participation of women in waste management.

Have a good month ahead."
Kosi Latu
Director General, SPREP