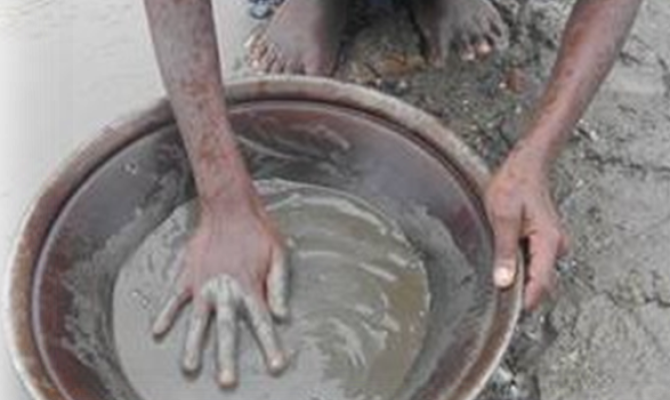 There was strong Pacific representation at the Fourth Conference of the Parties to the Minamata Convention on Mercury in March.  Hosted in Bali, Indonesia the Pacific delegates participated in a week of intense negotiations.

Held from 21 to 25 March 2022, delegates from the Pacific’s seven Parties to the Convention, Kiribati, Marshall Islands, Palau, Samoa, Tonga, Tuvalu, and Vanuatu including SPREP joined the COP virtually due to COVID-19.

The face-to-face segment of COP 4 followed on from the virtual first segment which took place in November 2021 and entailed a weeklong agenda covering crucial topics, such as the framework to evaluate the effectiveness of the Convention, as well as the review of annexes A and B on mercury-added products and manufacturing processes in which mercury or mercury compounds are used.

Nine decisions were adopted at COP4, while Parties to the Minamata Convention reported being on schedule with obligations for implementation on national reporting, artisanal and small-scale gold mining (ASGM), international cooperation, capacity building and technical assistance, releases of mercury, and mercury waste thresholds.

To ensure that the Minamata Convention is fulfilling its objective of protecting human health and the environment from anthropogenic emissions and releases of mercury, the COP agreed to begin the first evaluation with a framework based on an inclusive and transparent process, together with a scientific group.

The review of Annexes A and B of the Convention drew strong engagement from delegates, where the COP added the phase-out of eight mercury-containing products such as compact fluorescent lamps, cold cathode fluorescent lamps, photograph film and paper, and propellant for satellites.

The phase-down of dental amalgam, a major issue in the Pacific, made substantial progress as well, with two additional measures to protect the most vulnerable populations against the use of mercury in bulk form by dental practitioners, as well as against dental amalgam for teeth treatment on patients under 15 years old, pregnant and breastfeeding women.

A key highlight of the COP on its opening day was the launching of the Bali Declaration on Combatting Global Illegal Trade of Mercury by the Indonesian government. This non-binding political declaration aims to enhance international cooperation, develop practical tools to monitor and share information, and exchange experiences and practices to combat the illegal trade of mercury.

The outcomes of COP 4 are welcomed by Secretariat of the Pacific Environment Programme (SPREP) who are leading the Pacific’s effort to make the region free from mercury. At the last SPREP Meeting, Officials endorsed SPREP’s proposal to embark on a mission to put an end to the use of mercury in the Pacific. This will be led by an extensive regional campaign to promote a “Mercury Free Pacific” related to phasing out mercury medical devices and dental amalgam throughout the region. The campaign will develop a series of high-level communications to engage Pacific leaders in the issues of mercury, to improve understanding of the aims of the Minamata Convention, and of leaders’ knowledge in products containing mercury, and their available alternatives.

The campaign will be followed by a regional action plan to phase out products over a 5-year period. The regional action plan, to be drawn from Minamata Initial Assessments, currently being undertaken by the seven Parties, will involve removal and disposal of existing stockpiles of mercury waste and the development of legislation to prevent the future build up of mercury waste.

SPREP’s Hazardous Waste Management Adviser, Mr Joshua Sam, said, “The Pacific is fortunate that it has secured resources to go to work immediately on making mercury history from the GEF funded ISLANDS Pacific Project. We are pleased that GEF agreed to support the Mercury Free Pacific Campaign and our regional action plan. The strategic alignment of projects to support our Members meet their obligations to multilateral environmental agreements (MEAs) indicates our strong belief that MEAs like the Minamata Convention are a part of a global collective effort to tackle the triple planetary crisis of climate change, biodiversity loss, and pollution and waste.”

“The last five days will be remembered as a pivotal moment for the Convention when we have shifted gears from focusing more on procedural matters to moving towards full implementation,” said Monika Stankiewicz, Executive Secretary of the Minamata Convention, at the closing of the meeting. “You have today achieved truly remarkable outcomes to bring us a step closer to achieving the objective of the Convention and begin breaking the cycle of misery that mercury brings.”

The fifth meeting of the Conference of the Parties will reconvene in Geneva, Switzerland, from 30 October to 3 November 2023 under the Romanian presidency.