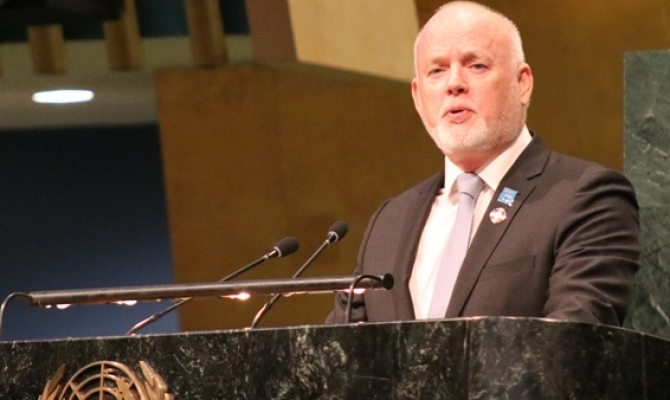 5 June 2017, UN Ocean Conference, New York - 'Human induced problems have human devised solutions. That's what the president of the current session of the United Nations General Assembly and Fiji's Ambassador to the UN, Peter Thomson said in his opening address at the start of the first ever UN conference on Oceans in New York this morning.

"From here we will push on to the maturation of our SDG14 targets of 2020, 2025 and 2030. We will follow-up with diligence on the commitments made here at The Ocean Conference; all along, holding ourselves responsible to bequeath a conserved and sustainably managed Ocean to the stewards of the future," said President Thomson.

"From our deliberations in plenary, from the partnership dialogues and from the multitude of interactions of this conference, we will draw up the solutions to the woes we have imposed on the Ocean. We will make this great conference the time to which those good stewards of the future will look back on as the turning point, the moment when we began the reversal of that cycle of decline of the Ocean." 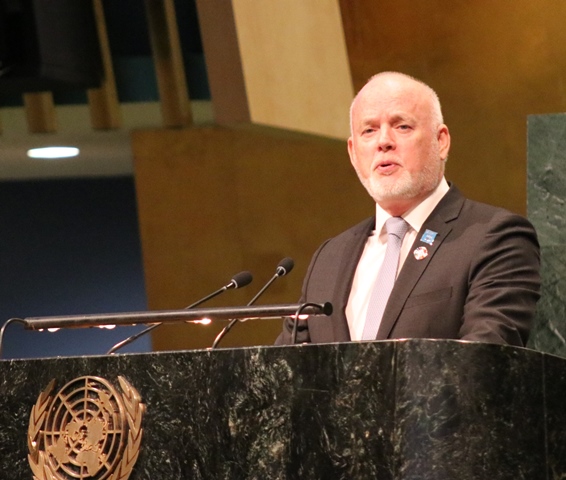 This week's UN conference on oceans has attracted leaders whose countries are members of the world body, and according to Ambassador Thomson, the meeting provides the only opportunity to reverse the cycle of decline in our oceans.

"The veracity of that proposition rests on the fact that SDG14, the Ocean's goal, is humanity's only universally agreed measure to conserve and sustainably manage the resources of the Ocean. The time has come for us to correct our wrongful ways. It is inexcusable that humanity tips the equivalent of a large garbage truck of plastic into the Ocean every minute of every day.

"We have unleashed a plague of plastic upon the Ocean that is defiling nature in so many tragic ways. Illegal and destructive fishing practices, along with harmful fisheries subsidies, are driving our fish-stocks to tipping points of collapse.

"All the while, the greenhouse gases of accumulated carbon- combusting human activity are not only driving climate change, they are causing rising sea levels through Ocean warming, while threatening life in the Ocean through acidification and deoxygenation." – S.Pareti/SPREP