Tuvalu embarks on a mission for a National Climate Change Policy 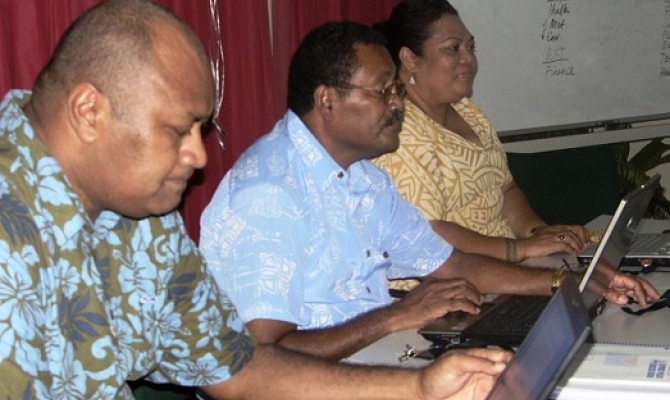 Responding to a request from the Tuvalu Government, a joint team from the Secretariat of the Pacific Regional Environment Programme (SPREP) and the Secretariat of the Pacific Community (SPC) SOPAC Division is currently on mission in Funafuti to develop a Tuvalu National Climate Change Policy and Joint Climate Change Adaptation and Disaster Risk Management National Action Plan (JNAP).

Funded by Global Environment Facility through UNDP and SPREP's Pacific Adaptation to Climate Change (PACC) Project, the weeklong planning meeting from the 10th - 18th of May, is one of the PACC's major activities for the year. 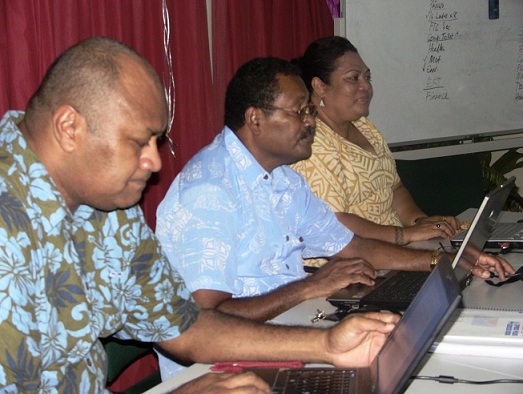 The request is also in line with the Strategic Priority Seven of the Te Kakeega II, Tuvalu's National Strategy for Sustainable Development, 2005-2015.

Tuvalu's Director of Environment, Mataio Tekinene in his opening statement in a broad stakeholder workshop to introduce the development of the NCCP said, "Climate change is a development and cross-cutting issue, impacting all sectors and at all levels. The development of a climate change policy should be a participatory process where the people of Tuvalu including government, non government organisations and civil society are to be involved."

He added that the stakeholders will be relied upon in the coming months to realise the Government's intention to have a NCCP and Joint National Action Plan (JNAP) by October of 2011.

The process to developing a NCCP and JNAP will be led by a Tuvaluan National Expert Team consisting of the Tuvalu Pacific Adaptation to Climate Change (PACC) Steering Committee, the National Disaster Council Committee, the Tuvalu National Adaptation Programme of Action (NAPA) coordinator, Second National Communication (SNC) coordinator and the Integrated Water Resource Management (IWRM) coordinator under the guidance of the Secretary for Foreign Affairs, Natural Resources and the Environment. Other key central agencies such as Finance, Education, Works, Agriculture, Fisheries etc are members of the PACC and or NDC Steering Committees.

SPREP Pacific Futures Programme Manager Dr Netatua Pelesikoti leading the regional partnership team said that although Tuvalu has a NAPA, that led international and regional climate change negotiations and implemented many adaptation and mitigation activities, a national climate change policy has yet to be developed despite being a key requirement of the Te Kakeega II since 2005.

A National Climate Change Policy would assist in ensuring that climate change adaptation and mitigation activities on the ground are coordinated. And the integration of ecological, social-cultural, political and economic aspects vulnerable to climate change effects is considered early and throughout development planning, implementation, monitoring and evaluation processes.

Dr Pelesikoti said, "The policy will not only focus on the climate change issues Tuvalu is facing now but will also consider climate change projections."

"The Policy provides a framework to ensure sector policies and action plans consider the impact of climate change, and adaptations help minimise the impacts and increase resilience. For example, mainstreaming climate change into water policy; outer island development; infrastructure development and so forth will all contribute to a coordinated response to climate change challenges thus subsequently contributing to achieving the visions, goals and objectives of Te Kakeega II."

The immediate results of this first engagement include the confirmation of a Tuvalu National Expert Team – that will own and drive the policy development process. The team will also carry out activities such as identification of key hazards, key vulnerability context; and key issues and challenges by sector. A work plan that includes a timeframe of when to complete this policy before October 2011 is also expected.