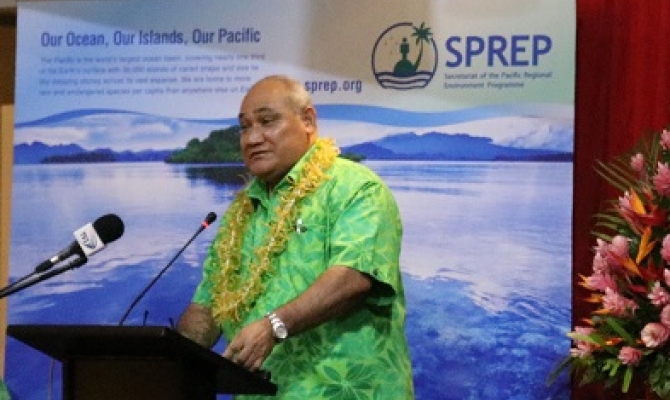 The Twenty-Eighth SPREP Meeting opened in Samoa marking a new era for the premiere regional environment organisation and its Members. This is the first SPREP Meeting to be held under the new SPREP Strategic Plan 2017 – 2026, and the last annual meeting as the SPREP Meeting transitions to a biannual event.

SPREP's key focus areas in the decade to come are Climate Change Resilience, Ecosystem and Biodiversity Protection, Waste Management and Pollution Control and Environmental Monitoring and Governance, with Resilience and our Ocean as overarching themes. These are extensions of the work done in the Pacific region with SPREP Members since its birth.

"The Blue Pacific – Our Sea of Islands in a Blue Continent. This envisages the Blue Pacific as one continent with the Pacific people as custodians of the natural resources of the Pacific Ocean. The concept of the Blue Pacific also enables us to achieve our collective security through Sustainable Development, Management and Conservation. The adoption of this theme will strengthen and give renewed impetus to a growing Pacific Regionalism," said Hon. Tialavea Fea Hunt, Acting Prime Minister of Samoa 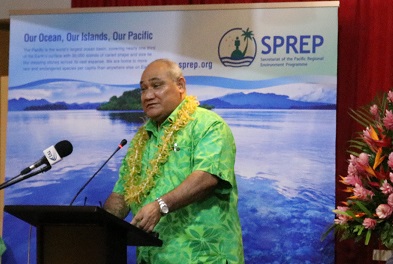 "It is a tangible reflection of the strong relationship that has been built over the years between SPREP and its Members, and in particular the Government of Samoa."

A vision to come into fruition under the new SPREP Strategic Plan is the opening of the Pacific Climate Change Centre (funded by the Government of Japan) in 2019. The construction will begin next year.

"The Government of Samoa is pleased to note the Pacific Climate Change Centre built in Samoa," said the Hon. Acting Prime Minister Hunt.

"It is notable that in its recent Strategic Plan, SPREP identified climate change and oceans as its two most important cross-cutting themes. It is abundantly clear that the Pacific is now a leading global voice on both of these issues."

Over the course of the next three days, SPREP and its Members are convening to discuss key issues for the region, as well as the governance of the organisation. The Pacific Climate Change Centre is a highlighted feature in the days ahead.

"The Pacific Climate Change Centre is a journey led by our Members that was first discussed at the Twenty-First SPREP Meeting in 2011," said Mr KosiLatu, Director General of SPREP. 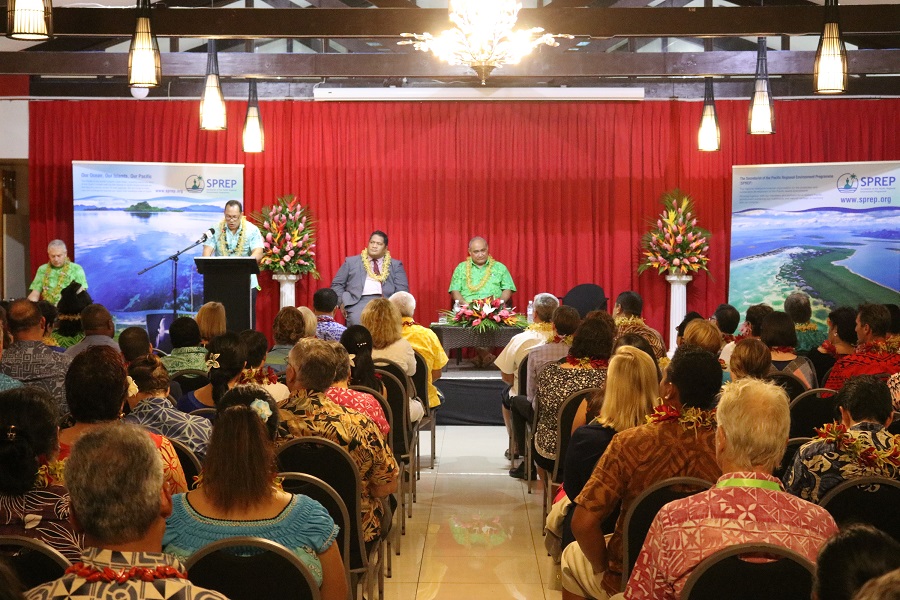 "It will be a regional resource and a centre of excellence for climate action and a tool for implementation."

The Acting Prime Minister highlighted the linkages between the Blue Pacific and the voluntary commitments at the United Nations Ocean conference mentioning that "we should not be afraid to be held accountable for our commitments. Samoa will ensure the protection of many marine species through the establishment of a sanctuary for sharks as well as proposing the listing of blue sharks, which constitute some 40% of the global trade in shark fins, on Appendix II of the Convention for Migratory Species at its Conference of Parties in Manila next month."

"We thank all our Partners, and the Governments for their support and contributions to the work of SPREP over the years. We look forward to continuing our collaboration as we journey through our new Strategic Plan together, for the benefit of our Pacific," said Mr Latu. 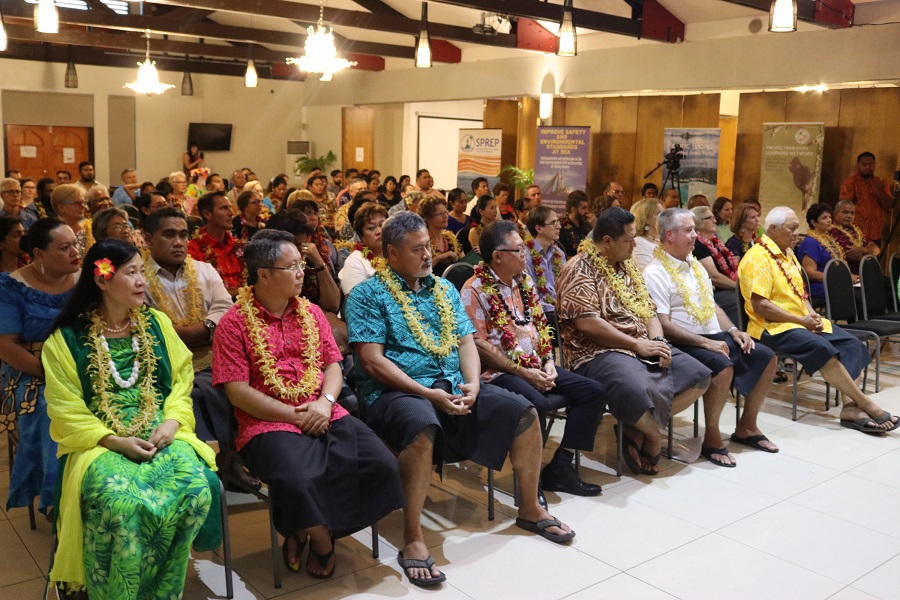 Dignitaries present at the opening of the Twenty Eighth SPREP Meeting. Photo: SPREP

The Twenty-Eighth SPREP Meeting of Officials is being held at the Tanoa Tusitala Hotel in Apia from 19 - 21 September.