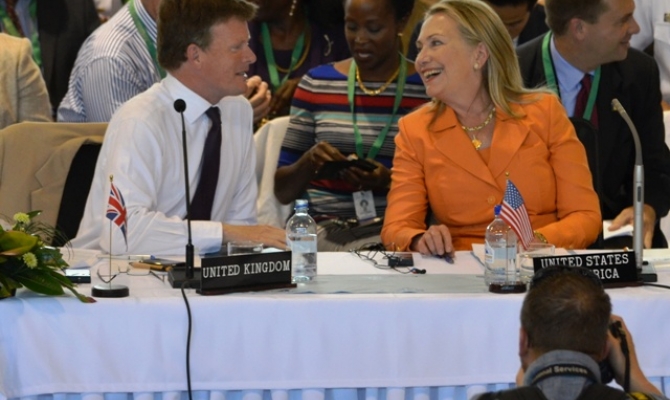 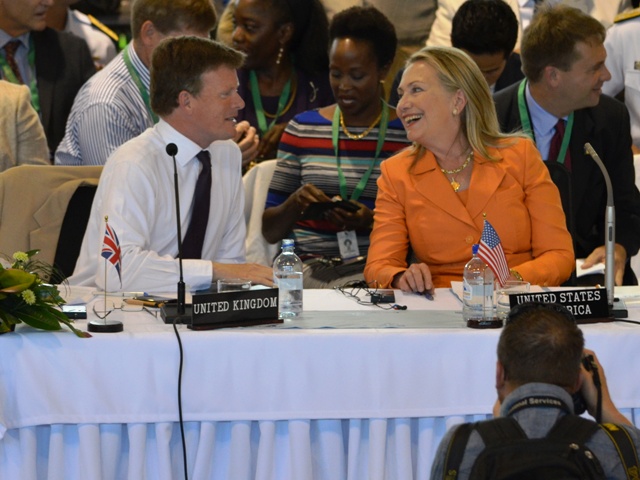 UK Minister for Natural Environment and Fisheries, Richard Benyon MP with Hilary Clinton, Secretary of State, USA at the 43rd Pacific Islands Forum Leaders Meeting.  The annoucement of the UK as a new member at SPREP was made by the UK delegation at the Post Forum Dialogue Partners Meeting.

The United Kingdom was welcomed as a new member of the Secretariat of the Pacific Regional Environment Programme during the 23rd Annual Meeting in Noumea.  This was a special occasion for the Secretariat, one of many different highlights during the meeting.

“We are very pleased to welcome the Government of the United Kingdom into our SPREP family,” said the Director-General of SPREP, Mr. David Sheppard.

“We look forward to a fruitful partnership ahead.”

The 23rd Annual SPREP Meeting was hosted in Noumea, New Caledonia at the SPC Headquarters from 30 August to 8 September, 2012.