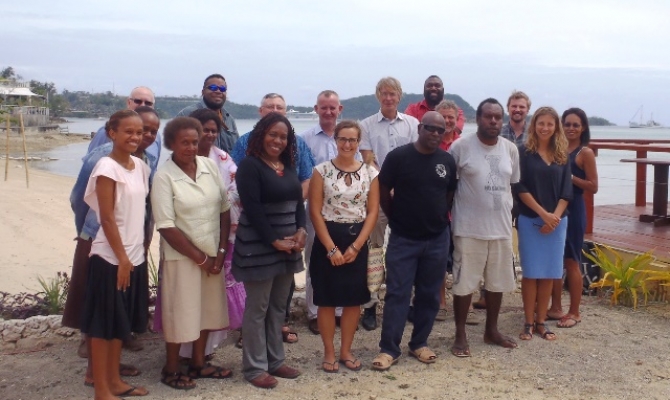 The project is focused on implementing Ecosystem-based Adaptation (EbA) activities across three Melanesian countries, namely Fiji, Solomon Islands and Vanuatu. This project is funded by the International Climate Initiative (IKI) of The German Federal Ministry for the Environment, Nature Conservation, Building and Nuclear Safety (BMUB) and is planned to last 5 years. 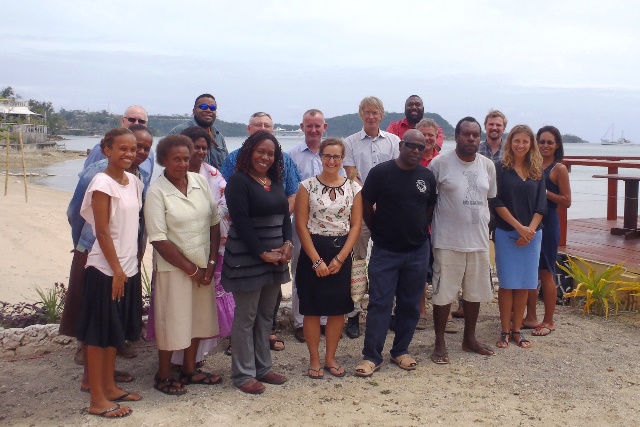 "The Vanuatu component of the project will look at building resilience to climate change using an EbA approach in an urban environment, namely Port Vila and across a whole of island environment on Tanna Island," said Mr David Loubser the PEBCC Project Manager in Vanuatu.

"The lessons learned from these activities will be able to be replicated across the Pacific region."

Ecosystem based Adaptation or EbA is the use of biodiversity and ecosystem services as part of an overall adaptation strategy to help people to adapt to the adverse effects of climate change; examples would be the restoration of mangroves to reduce the impacts of sea level rise and storm surges, or the protection of forested watersheds to manage and maintain water security.

In Port Vila the project will start in November with an initial baseline study to identify the important services provided by our environment in protecting against the impacts of climate change. Once identified, activities will be prioritised in order to maximise the impact of EbA measures for the communities in and around Port Vila.

The inception meeting to launch the project took place on 13 October and was attended by representatives from community groups, NGOs, academia, provincial and central government.

Mr. Dave Loubser, the SPREP Vanuatu Country Manager introduced the project followed by presentations from researchers from the Royal Melbourne Institute of Technology and from officials from the National Advisory Board on Climate Change within the Vanuatu government.

If you are interested in this project or would like more information please contact Mr. Dave Loubser, Pacific Ecosystem-based Adaptation to Climate Change – Vanuatu Country Manager at [email protected]