Walking the talk in Vanuatu, the first country in the world to ban plastic straws 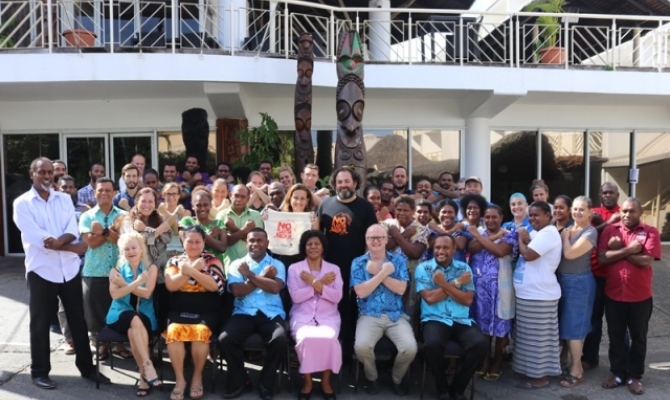 Waste Management and Pollution Control
15 May 2018, Port Vila, Vanuatu - It's a Pacific island nation that has beaten the global community across the finish line with Vanuatu officially being the first nation in the world to legally ban the use of plastic straws. The passing of legislation in February will see the end of single use plastic bags, polystyrene takeaway boxes and straws by 1 July, 2018. 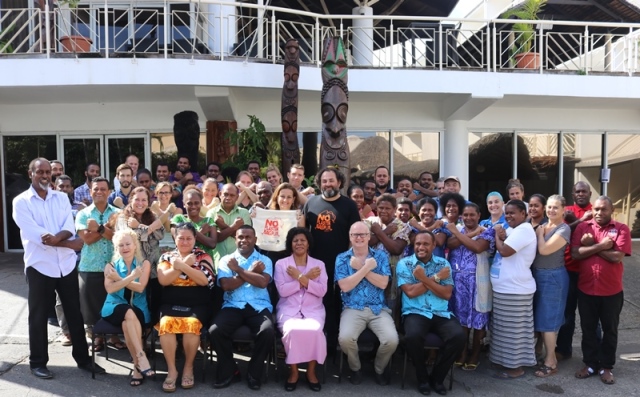 Saying No! to plastic straws, bags and polysterene takeaway boxes

As the planet mobilises towards addressing the challenge of a plastic ocean, the island of Vanuatu is mobilising to ensure a plastic bag, straw and polystyrene takeaway box free nation.

"The Mamas of Vanuatu can bring to the frontline the use of traditional baskets which are part of our culture. The more we use them, the more we encourage our cultural art of weaving, in turn strengthening the cultural heritage of Vanuatu."

Each year at least 8 million tonnes of plastic makes its way into our ocean, with at least 51 trillion pieces of microplastics already in our ocean with warnings that by 2050 there will be more plastic than fish in our ocean.

For the Pacific island region, our ocean is the largest in the world making up 98% ocean and 2% land. A global report released in 2015 shows that the Pacific contribution to the world marine plastic debris is less than 1% for which 10% of which comes from Vanuatu.

This week all stakeholders in Vanuatu are coming together with the support of the Secretariat of the Pacific Regional Environment Programme (SPREP) to develop a national communications strategy which will be implemented together, to help bring about a clean, healthy and sustainable Vanuatu free of plastic bags, straws and polystyrene takeaway boxes. 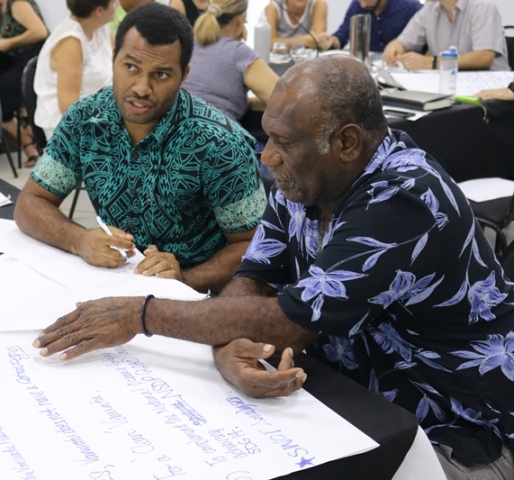 "I am so happy that we have come this far together, as a people and a nation to begin the walk to reduce plastic waste in our land and keep the ocean for our generations to come. Thank you SPREP for paving the next way forward," said Mr Toney Tevi, Head of the Maritime and Ocean Affairs Division of the Department of Foreign Affairs of Vanuatu.

The historical milestone reached by Vanuatu comes at a special time for the Pacific as SPREP celebrates its 25 years of service to the Pacific island region this year. Assistance from SPREP to Vanuatu will lead to the development of a communications strategy as well as strengthening of national policies and regulations to implement the legislation. 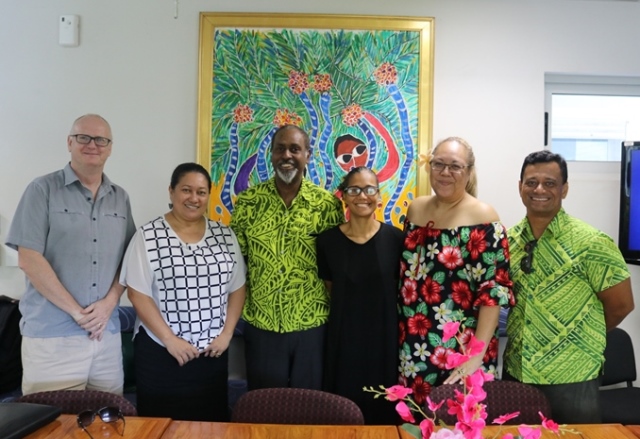 The SPREP delegation with members of the Vanuatu Foreign Affairs Ministry

"We are all looking towards Vanuatu as a leader in this space, and are impressed by their commitment to protect our environment, ocean and people of Vanuatu and the Pacific," said Mr David Loubser, the Manager of the Pacific Ecosystem based Adaptation to Climate Change Project (PEBACC) in Vanuatu.

On 1 February three orders made under the Waste Management Act No 24 of 2014 address three issues, those being the control of single use plastic bags, plastic straws and polystyrene takeaway boxes; littering; and the licensing of private waste operators.