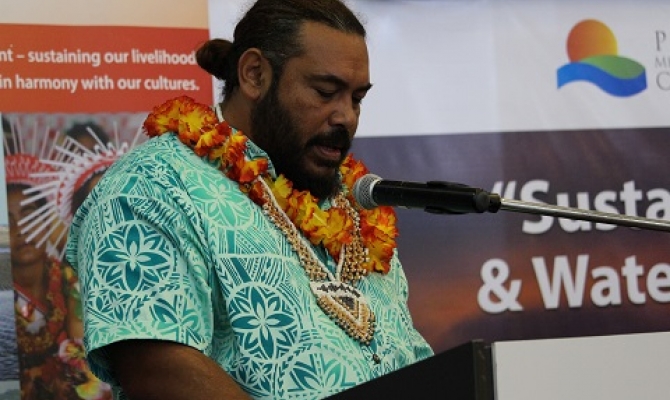 14 August, 2017, Honiara, Solomon Islands, PMC-4 – The crucial role of meteorology in supporting development agendas and strengthening community resilience in the region was now being realised compared to when the first Pacific Meteorolgy Council (PMC)  met in Marshall Islands in 2011, according to outgoing council chair ‘Ofa Fa’anunu.

In his keynote address at the fourth PMC meeting currently underway in Solomon Island, Fa’anunu, who is also Tonga’s Meteorology Director, said the PMC had come a long way from the days where its role was not adequately acknowledged, not only in the development of the meteorology (MET) services in the country, but also in raising the profiles of national metrological services.

“Once upon a time, this gathering was a meeting of MET service directors where ideas were shared with very little hope of being supported, and the profile of MET services was very low on the development agenda,” said Fa’anunu.

“Now the enhancement of national meterological and hydrological service capacity in weather forecasting, early warning systems, long-term projections, and improved climate services to support decision making through the PMC is one of the key regional goals of the Secretariat of the Pacific Regional Environment Program (SPREP) in its 2017-2026 Strategic Plan. It is a testimony of how far we’ve come.” 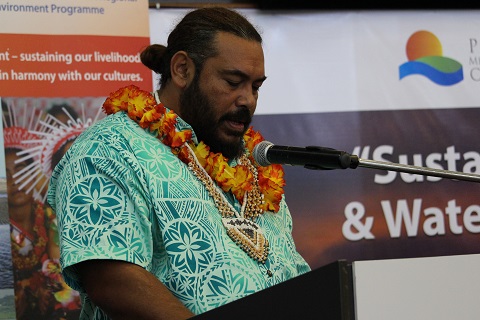 Fa’anunu said the PMC has developed innovative ways to operationalise its work through the establishment of its five expert panels to enhance sustainable weather, climate, water and services for resilience in areas of aviation, marine and oceans, climate, communication and education, and training and research. All of which , he said has led to member growth of the PMC.

He said the PMC has established links with regional and international research institutions to build technical capacity of its members to support the generation of high quality and easy to use meteorological and hydrological products and services.

“I am extremely proud of what we have achieved as a region and as a council. However much still needs to be done in improving coordination so that resource support is aligned to the work of expert panels for a more effective delivery of our programs,” he said.

“Later this week, we will be meeting with our development partners to bring to their attention matters of urgency and support, and I encourage our members to work together to advance our agender further through renewed commitments directed to areas where it will make the  most impact.”

Tonga handed over the chair of the PMC to Solomon Islands today. - #PacificMet #PMC4