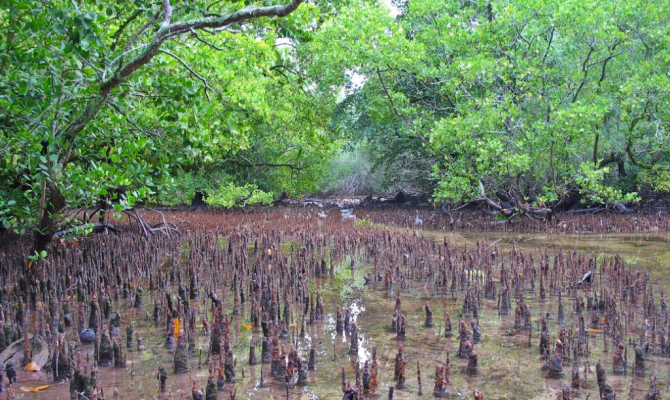 Wetlands, the ‘kidneys’ of our planet owing to their important function in purifying the water that we depend on daily are celebrated across the world on 2 February each year.

This year the theme for World Wetlands Day – ‘Wetlands Action for People and Nature’ highlights the importance of actions to ensure the conservation and sustainable use of wetlands for humans and planetary health.

Wetlands include our coral reefs, lagoons, rivers, mangroves, lakes, sea grass beds, rivers, and marshes.  They provide the fish and rice that feed millions, yet despite their vital role nearly 90% of the world’s wetlands have been degraded since the 1700s, and wetlands are being lost three times faster than forests.

“As the functions of wetlands and the benefits they provide are still not widely known, understood or appreciated, this may contribute to a worsening trend in maintaining around the world in the coming years,” stated Mr Stuart Chape, Director of Island and Ocean Ecosystems of the Secretariat of the Pacific Regional Environment Programme (SPREP).

The State of Environment and Conservation in the Pacific Islands: 2020 Regional Report recently revealed that coastal habitats in the region, which include wetlands, are essential but in decline.

“Most importantly, they play a significant role in reducing the impacts of climate change on coastal communities through shoreline stabilisation and protection and storage of atmospheric carbon.”

One current initiative developed and coordinated by the Secretariat of the Pacific Regional Environment Programme (SPREP) to assist better coordination, resourcing and planning for improved management of wetlands in the region is the recently adopted Pacific Coral Reef Action Plan 2021-2030.

In the Pacific, seven countries are contracting parties to the Ramsar Convention on Wetlands, with a total of eleven wetlands of international importance or Ramsar Sites designated at the national level covering a total combined area of 807,580 hectares.

Pacific island Ramsar signatory countries are obligated to formulate and implement national planning to promote the conservation and wise use of their Ramsar Sites and other wetlands within their jurisdiction.

“Accurate and current data play a crucial role in this and as such SPREP has been fortunate to work with our Pacific islands Members to assist the development of national wetland inventories,” said Mr Chape.

The most recent inventories developed were for Nauru in 2016 and for Wallis and Futuna in 2017.

The annual observation of World Wetlands Day in February each year marks the day the Ramsar Convention on Wetlands was signed in the Iranian city of Ramsar in 1971. The event was first celebrated in 1997 and provides an opportunity to raise and strengthen awareness of the importance of wetlands throughout the world and in the Pacific region.

Image:  Mangroves on Namdrik Atoll in the Republic of the Marshall Islands.  Photo. V.Jungblut/SPREP