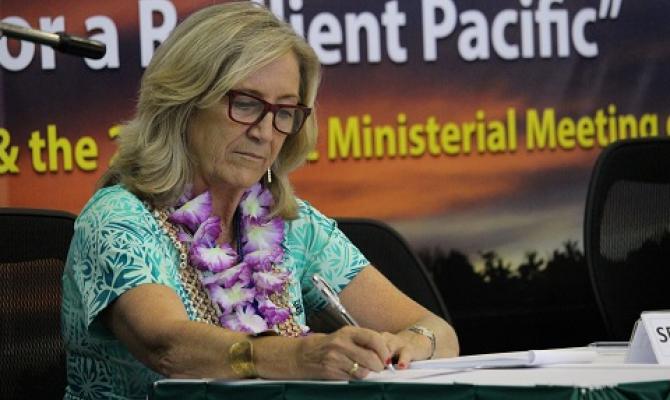 While speaking at the opening of the 4th Pacific Meteorological Council meeting in Honiara, Solomon Islands, WMO development and regional activities director Mary Power said the assistance by the global body to the region was decided at the WMO Congress in 2015.

“At the last WMO Congress we did initiate a new program for SIDS and small island territories, which is now focusing on bringing in additional projects in the Pacific, Caribbean and the Indian Ocean regions.

“WMO has many core programs that support activities in the region.

“We are putting a very strong emphasis on SIDS in our efforts to mobilise additional forces through some of our finance mechanisms.” 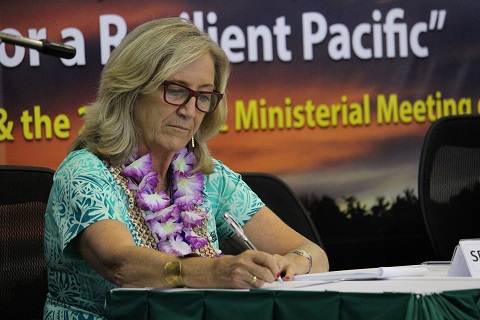 
Ms Power urged members of the Pacific Meteorological Council to take advantage of some of the programs being supported by the global body.

“Some of you are still not members of WMO so we would welcome an opportunity to discuss this with you here, and also perhaps considering what support WMO can give and whether your countries would like to join WMO.

“We have set up meetings here in Honiara and hopefully we could also meet with the relevant minister here in the Solomon Islands.”

Fiji Meteorological Services director Ravind Kumar said Fiji was one of a few countries in the region that would benefit from new WMO-funded programs.

“The Fiji Meteorological Services is going to benefit from a project called the Climate Risk Early Warning System,” he said.

“Another project that is in the pipeline where a number of regional countries including Fiji are going to benefit from is the Green Climate Fund on Enhancing Multi-Hazard Early Warning Systems in the Pacific.”

Mr Kumar said the PMC allowed regional directors to discuss each national meteorology service’s needs and how best we could meet these needs with the assistance of regional and global partners. - #PMC4 #PacificMet