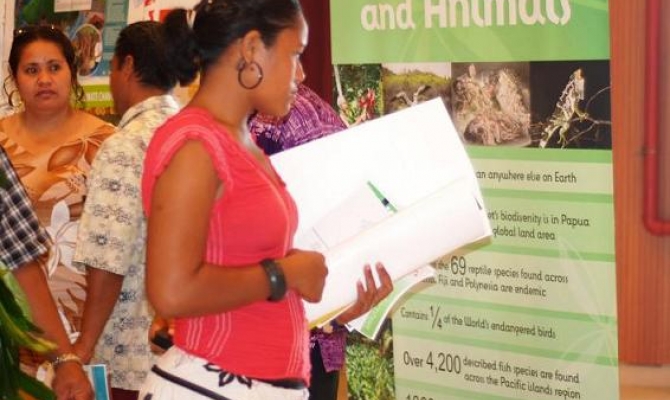 By Clive Hawigen of SPREP

More than 100 people turned up at the To'oa Salamasina Hall at Sogi, Samoa, to celebrate the World Wetlands Day, yesterday.

The World Wetlands Day that is celebrated on February 2 every year marks the anniversary of the signing of the Convention on Wetlands of International Importance (Ramsar Convention) in the small town of Ramsar, Iran, in 1971. Government agencies, non-government organizations and community groups have celebrated World Wetlands Day since 1997 by undertaking actions to raise public awareness of wetland values and benefits and to promote the conservation and wise/sustainable use of wetlands.

The theme for the occasion in Samoa was "Forests for Water and Wetlands." Celebrations began at the To'oa 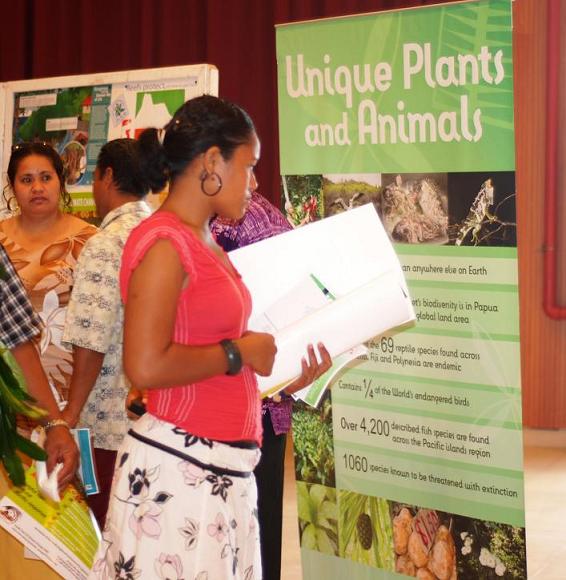 Salamasina Hall with an official opening ceremony, presentations by officers from the Secretariat of the Pacific Regional Environment Programme (SPREP) and the Ministry of Natural Resources & Environment (MNRE) and viewing of displays prepared by SPREP and the MNRE. A field trip followed to the village of Saoluafata, almost an hour's drive along the north coast road from Apia.

Honourable Faumuina Tiatia Liuga, Minister of Natural Resources and Environment, officially opened the World Wetlands Day 2011 and touched on the importance of this year's theme to all Samoans. He also officially launched the UN International Year of Forests for Samoa.

Vainuupo Jungblut, SPREP's Ramsar Officer for Oceania gave a presentation on the Overview of the Wetlands and the Ramsar Convention.

Mr Jungblut defined the term wetlands and gave some examples of wetland types found in Samoa and across the region and the threats to wetlands in our region. He also touched on previous years' celebrations of world wetlands day with examples from a couple of Pacific Island countries.

The field trip saw enthusiastic tree planters brave the unpredictable rain to plant suitable tree species along the marshy coastal wetlands of Saoluafata village. More than a hundred trees were planted on that day.