Humpback-the flagship species for the Year of the Whale 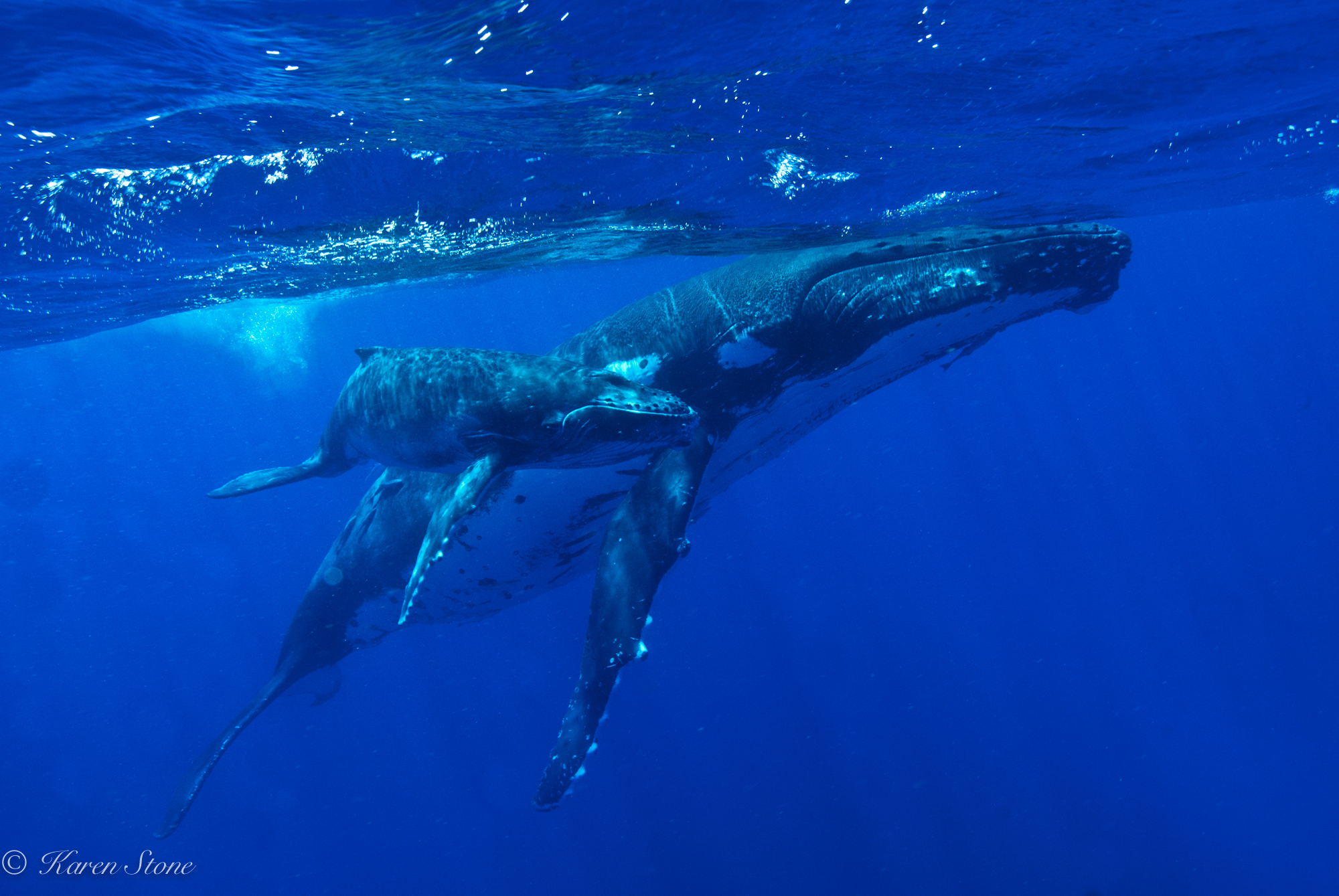 We know more about humpback whales than any other whale species in the region, mainly because they return almost every winter to the same coastal waters where they were born in many SPREP member countries.
Furthermore, every whale has a different pattern of markings on the underside of its tail fluke, so it is possible to identify individual animals. 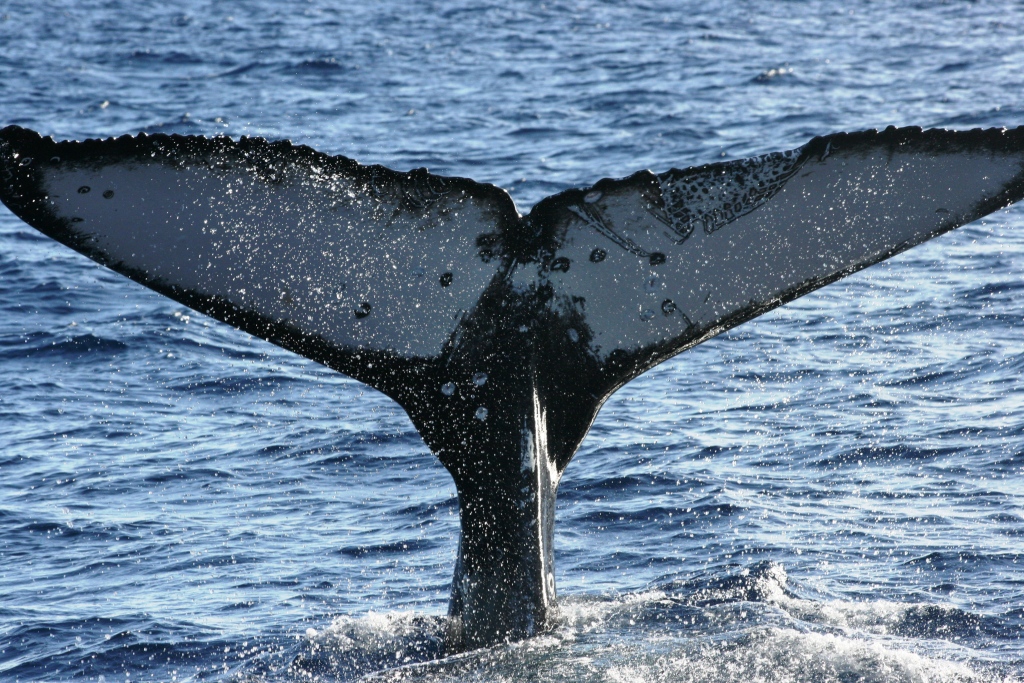 Humpback whales are long-lived, with a similar life-span to humans, and undertake long annual migrations between summer feeding grounds in the Antarctic, where they spend three months feeding on krill, a small shrimp-like creature present in enormous swarms in the Southern Ocean, and their winter breeding grounds in several SPREP member countries.
Humpbacks spend half their life swimming between these two destinations, and in the course of its life, a humpback will swim the equivalent distance of going to the moon and back. We can track these migrations both through photographs of the tail flukes and through the DNA extracted from a tiny skin sample, smaller than a fingernail, taken from a whale with a biopsy dart. 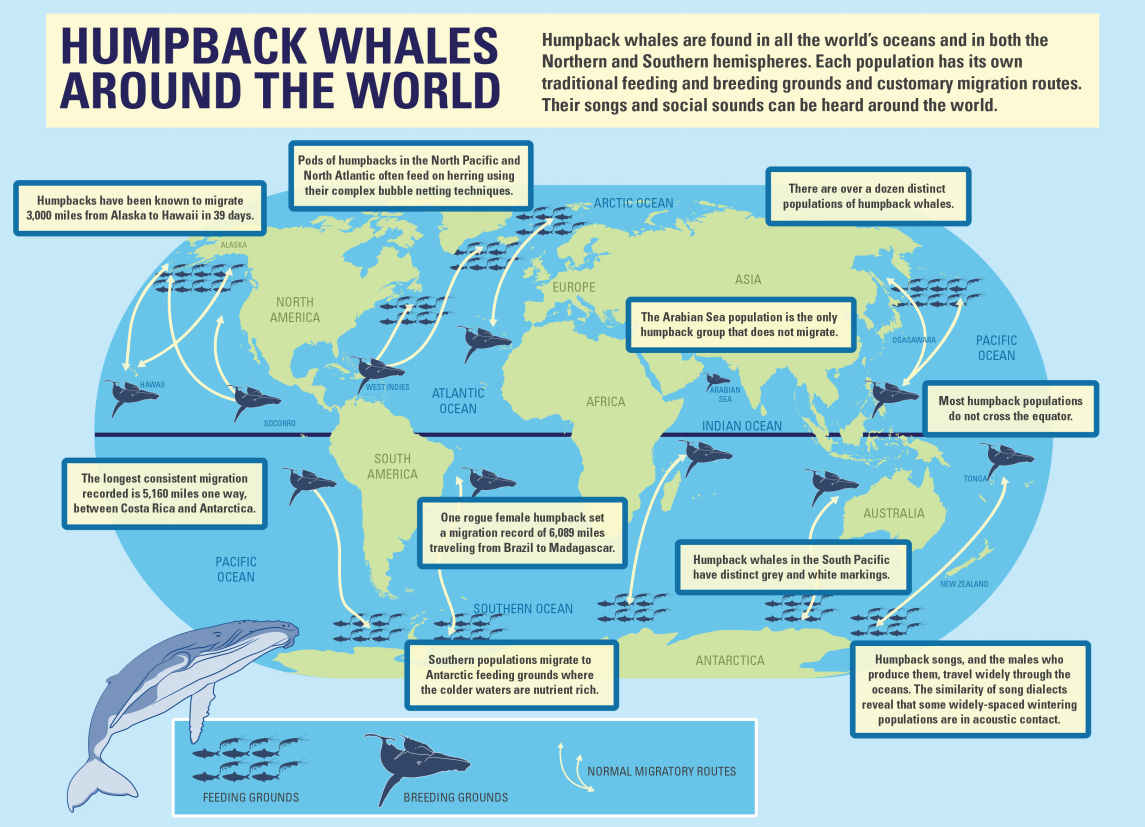 Humpbacks in each ocean basin have a distinctive song, and every year it changes in subtle ways. In the SPREP region, these song changes can be tracked, sometimes over several years, as they spread across the ocean from west to east. It's an example of cultural transmission.

Although humpback whales are found throughout the world's oceans, and are generally recovering steadily from the impacts of commercial whaling, the humpbacks of Oceania have the dubious distinction, along with those of the Arabian Gulf, of still being endangered, largely because of gross over-hunting on their Antarctic feeding grounds 50 years ago. Recent modelling, based on information collected by researchers throughout the
South Pacific, shows that the population across Oceania was reduced to as few as 200 adult whales.

If you want to learn more about humpback whales, click on these 2 infographics. 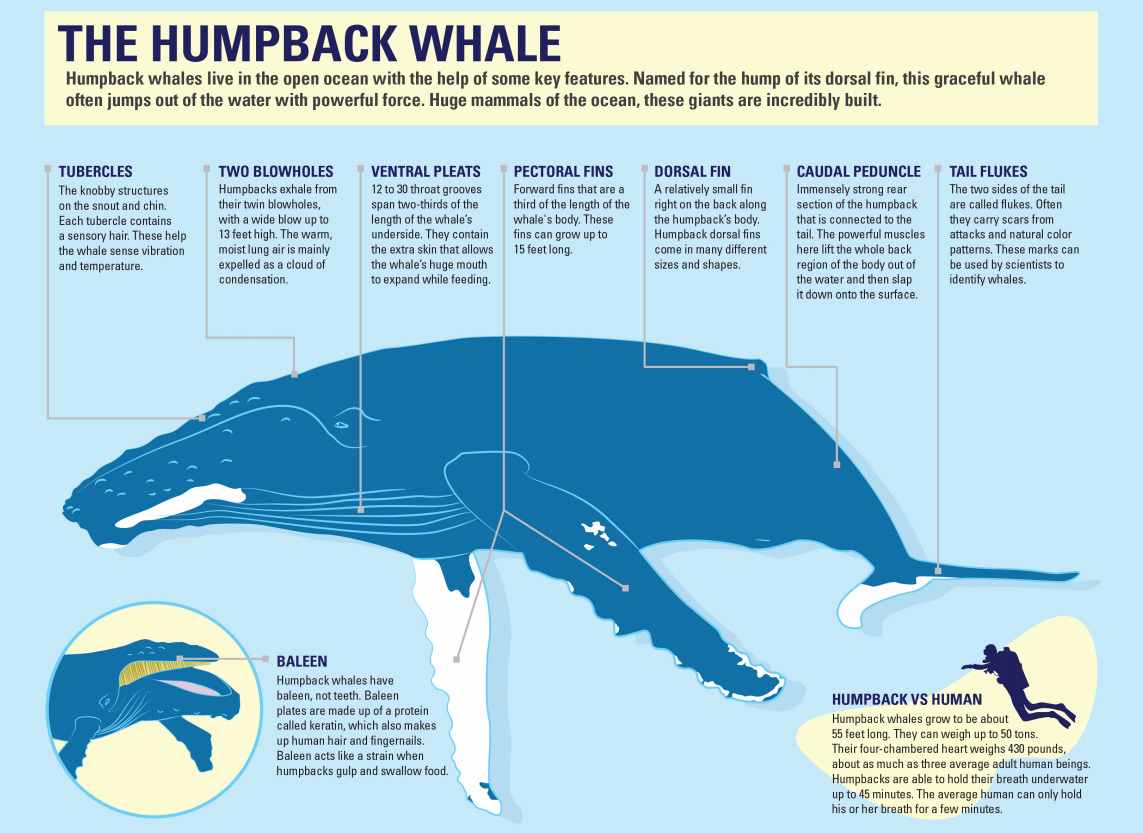 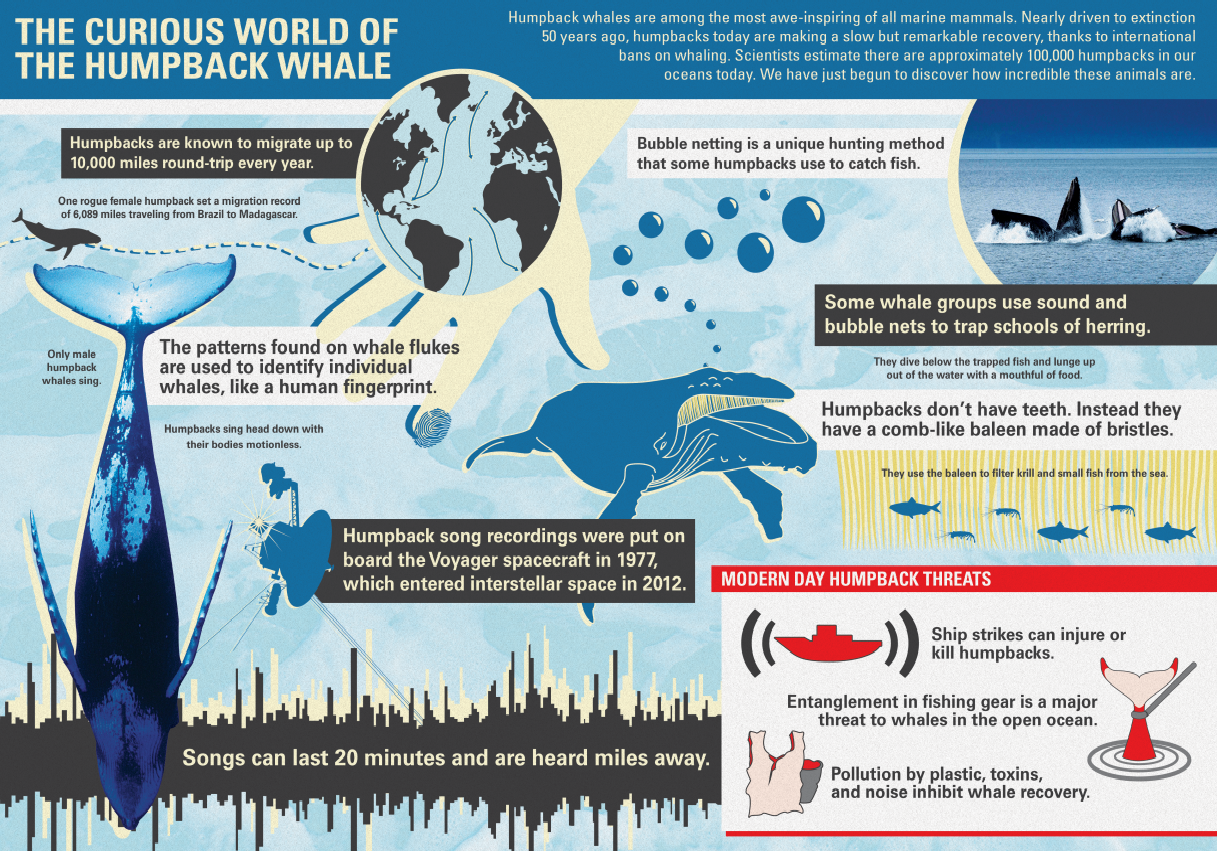 Read the great story of Tohora the humpback whale by clicking on her picture: 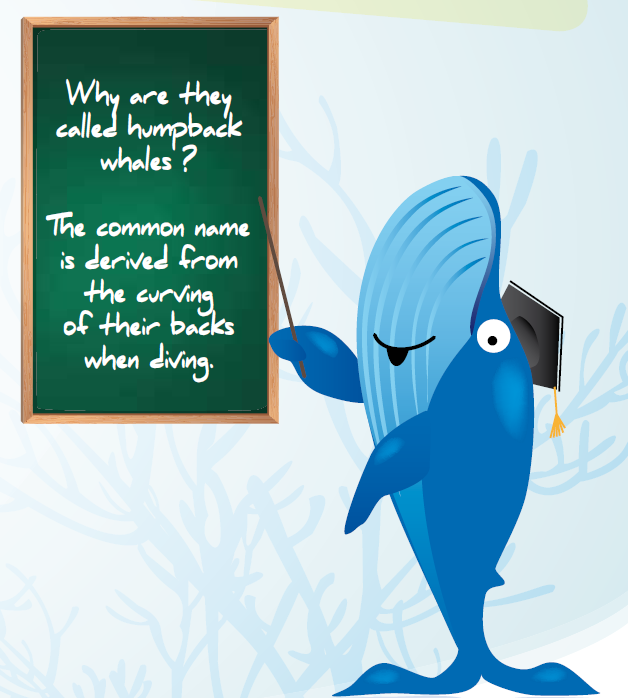