From whale hunting to whale watching, a history of exploitation 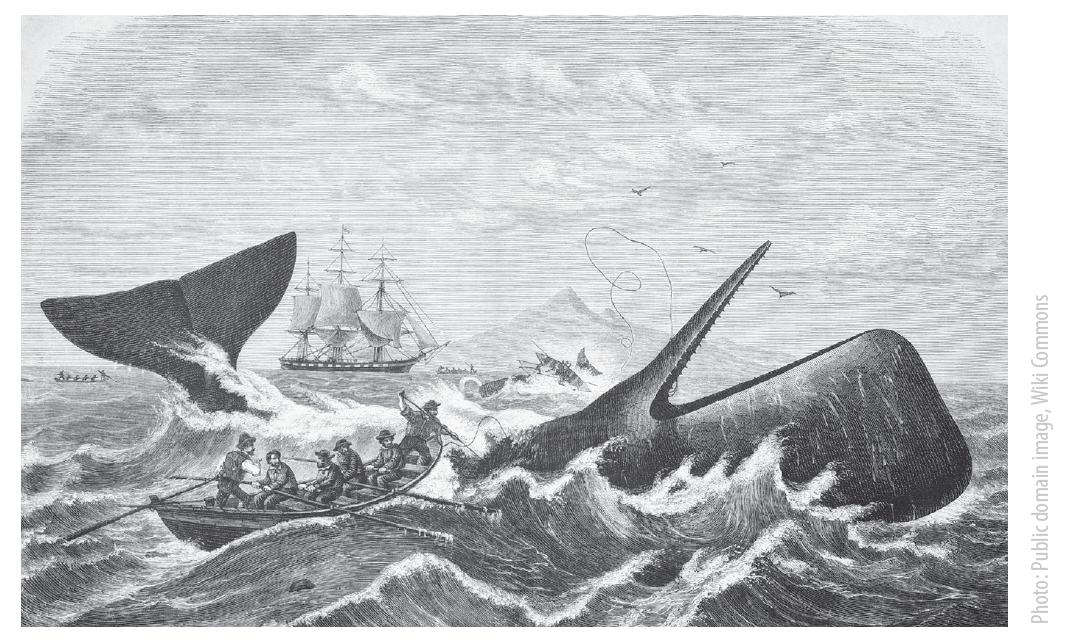 Almost three million great whales were killed by industrial whaling fleets in the Twentieth Century, most of them in the Southern Hemisphere, on their summer feeding grounds in the Antarctic Ocean.

Since most of these animals would have weighed in excess of 40 tonnes, it is difficult to conceive what impacts the removal of such an enormous amount of biomass has had for the world's oceans. Although most of these whales would have overwintered in tropical waters, only Tonga developed a coastal subsistence hunt, for humpback whales, having learned the technique from a New Zealand whaling family.

Humpback, blue, sei and fin whales were taken to the brink of extinction in Oceania. While humpbacks appear to have made a strong recovery, the other species are still endangered, and are rarely seen in our waters.

Tonga's decision to cease its subsistence hunt in 1978 is proving to have been a very wise choice. With the largest over-wintering population of humpbacks in the region, now perhaps around one-quarter of its original size at about 2000 whales, Tonga has developed a whale-watching industry that now generates revenues of some US$ 5 million per annum. As whale populations recover, similar opportunities will be presented to other SPREP member countries - the challenge will be to ensure that new operations follow best international practices.

If you want to learn more on the whale hunting history, look at this great presentation.

The different threats
You can click on the picture to enlarge it. 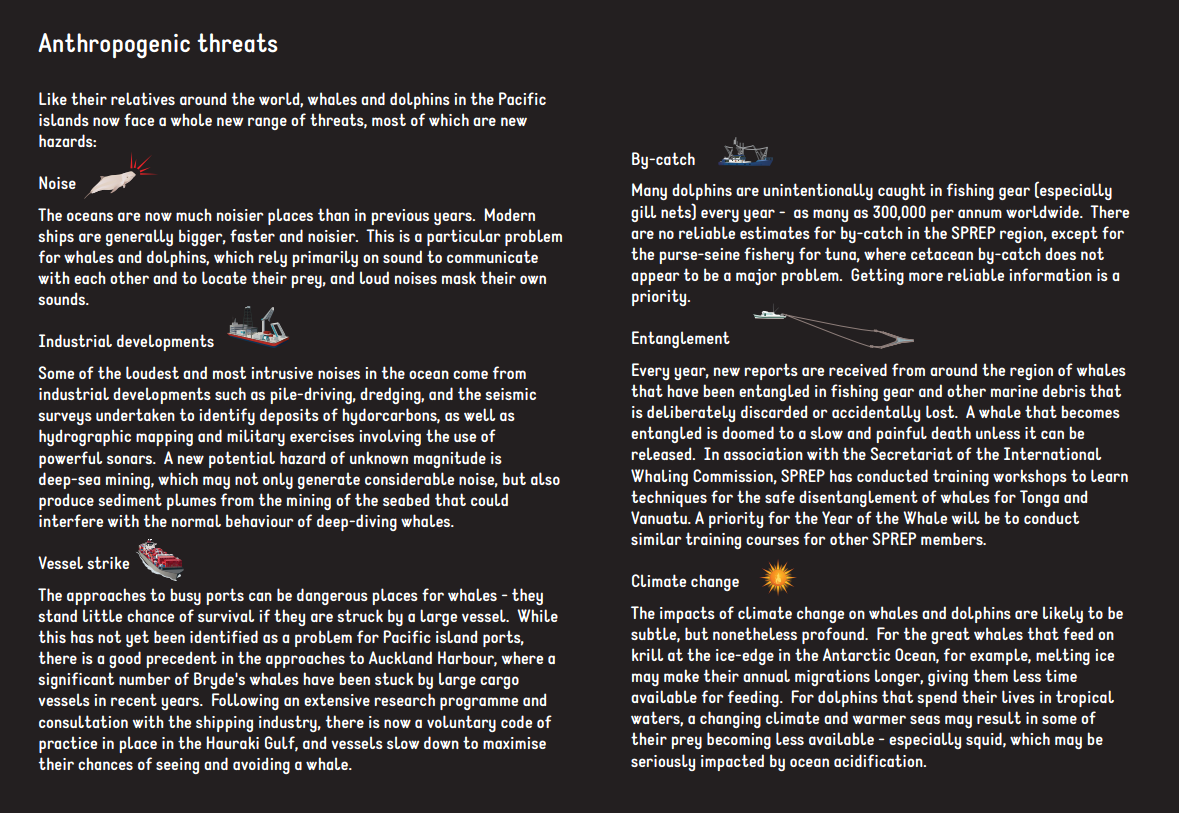 If you want to learn more about threats to whales, click here.