International Youth Day Message: "It is now time to prove that we are worthy caretakers of this beautiful planet" 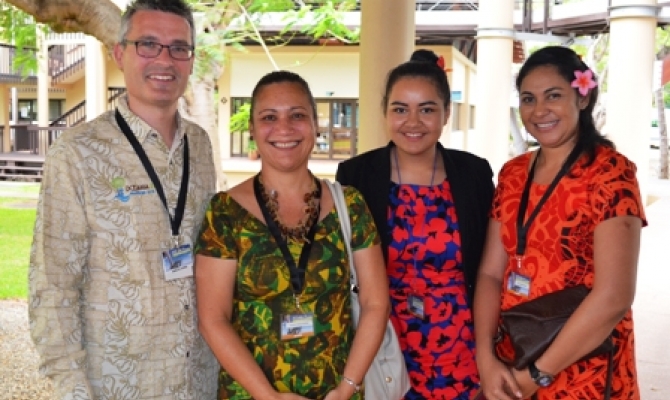 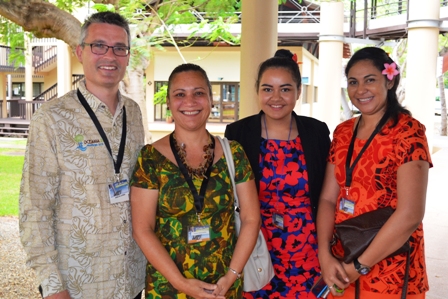 Ms. Brianna Fruean (3rd from left) at the Oceania 21 with delegates from the
Governments of New Zealand, Cook Islands and Samoa

Our planet has fed us, given us a habitat and provided for our every need but yet we have not treated it the way it has treated us. I guess sometimes we forget Mother Nature doesn't need us the way we need her.

It is now time to prove that we are worthy caretakers of this beautiful planet and I think our youth have the force to lead this change. We as youth may not hold all the power or money in the world but we have something more valuable in my opinion and that is Passion.

Even today the exciting hash tag #YouthPower will be following youth from all around the world campaigning for youth voice to be heard and displaying youth from every corner of the planet willing to stand up for change. All around the world, the youth of today are proving themselves by using their Passion and commitment towards saving our environment. 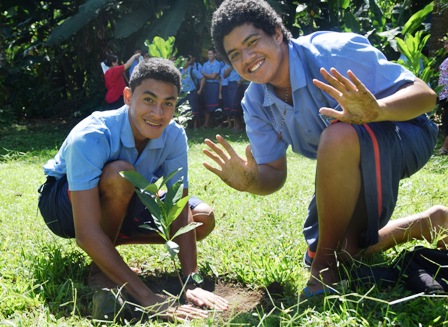 At the beginning of the year I heard a quote I find very fitting for International Youth Day.

During Prefect selection week at my school an ex-student spoke up to remind us of leadership qualities and used the words - "you don't need a badge to be a Leader". This wasn't just fitting for those of us who didn't and will not make Prefect but for those of us who don't see ourselves capable of being Leaders and leading change.

I think this is such a powerful quote that more youth need to hear in order to believe that they do have the ability to protect our environment and be the change our world needs. As a young person with no title, throne or name imprinted on any wall, I always think about what that girl said at the beginning of the year.

We may not have badges but like I said in my definition of youth we are at our boldest, bravest, most imaginative and innovative time and this will make us great leaders of environmental change. 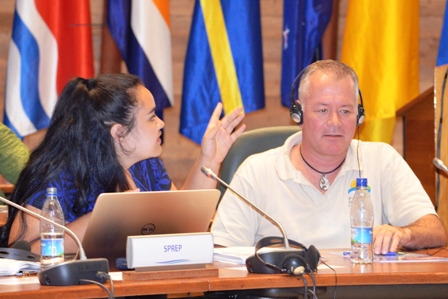 Ms. Brianna Fruean, SPREP Youth Ambassador with Mr. Espen Ronneberg, representing
SPREP at the Oceania 21 Conference during the discussion on Youth in the Lifou Declaration 2015.

About Ms. Brianna Fruean:
At the age of 16 Ms. Brianna Fruean, the SPREP Youth Ambassador, won the title of the youngest recipient of the 2015 Commonwealth Youth Awards. She was awarded the Climate Change, Environment Protection Award being the only recipient from the Pacific islands. Ms Fruean is active in environment work having launched the Small Voices Group with six friends at 11 years of age to address environment and climate change and concerns starting with activities in her school. This Group has now grown to close to 800 members in Samoa. In 2011 she became a member of 350.org and led the Moving Planet activity in Samoa. Ms. Fruean was also a member of the SPREP Pacific Media Team at the Rio+20 Conference in 2012 and also led the Connect the Dots Walk for Awareness activity in Samoa.
Since becoming the SPREP Youth Ambassador in March this year, Ms. Fruean has been part of the SPREP delegation to the Oceania 21 Conference in New Caledonia, participated in the SPREP Open Day activities, and is representing SPREP at the UNESCO Voice of Athletes activity for the Commonwealth Youth Games.