Investing in Biodiversity for our health 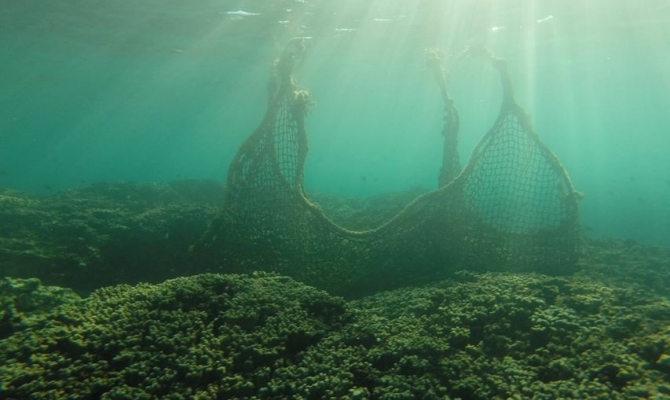 Aichi Biodiversity Target 14 By 2020, ecosystems that provide essential services, including services related to water, and contribute to health, livelihoods and well-being, are restored and safeguarded, taking into account the needs of women, indigenous and local communities, and the poor and vulnerable.

15 November 2018, Sharm El Sheikh, Egypt - Ministers and Heads of organisations from across the world have come together in Sharm El Sheikh at the High-Level Segment of the 14th Conference of the Parties to the UN Convention on Biological Diversity (CBD COP14) for action on halting biodiversity loss.

A key topic of discussion has been the issue of mainstreaming biodiversity in the health sector.

Our planet produces nine million tonnes of plastic every day, and it is estimated that by 2050 there will be more plastic than fish in our oceans.  It has already been established that fish and shellfish consumed by humans are also consuming the plastic found in our oceans.

Another issue is the potential impact of human-induced climate change in the Pacific causing an increase in mosquito-borne diseases such as dengue fever and zika.  Heat waves associated with climate change lead to strokes and dehydration.

“We all seem to agree that biodiversity is the foundation for human health and wellness but ironically as human beings we are primarily responsible for destroying biodiversity - the very thing that we rely on for our survival and livelihoods,” said Mr Kosi Latu, Director General of the Secretariat of the Pacific Regional Environment Programme (SPREP).

“So there is a disconnect between what we perceive as critical for our health and our actions.”

In November this year health officials from across the Pacific adopted a “Call to Action: Policy Dialogue on Planetary Health in the Oceania Region” at an inaugural meeting to address the linkages between biodiversity and health.

“Participants at the workshop acknowledged that while there is existing collaboration in the Pacific islands region on human health, we must identify opportunities for greater cooperation between human and animal health sectors and the inclusion of environmental and ecological factors,” said Mr Latu.

The High-Level Segment of the CBD COP14 has highlighted the impact of ill health on national and global economies.  According to a 2011 study by the World Economic Forum, the global economic impact of five leading chronic diseases could cost USD 47 trillion by 2030.

Potential benefits of biodiversity conservation and sustainable use for human health are numerous.

Biodiversity loss due to the increase of urban populations and urbanisation can result in a dietary shift away from food sourced from coastal and marine and agro-forestry ecosystems to an increase in highly-processed imported foods. This change has been a major contributor to the increase in Non-Communicable Diseases (NCDs) in the Pacific region.

“The multiple benefits from biodiversity goes beyond health benefits, and therefore requires a multi-sector, holistic and integrated approach that takes the one health approach one step further by looking at the health of the planet – our people, land, soil, air, water, ocean and animals - planetary health,” said Mr Latu.

“For the Pacific, these connections and relationships are tangible and experienced through identity, culture, spirituality, sense of belonging and survival.  If we care for our environment and biodiversity, it, in turn, can care for us.  It is that simple.” - #CBDCOP14

For more information on the High-Level Segment Mainstreaming Biodiversity in the Health Sector Roundtable https://www.cbd.int/doc/c/cd74/4dd0/cdd2f71b2879f140dc2ede7d/cop-14-hls-06-en.pdf